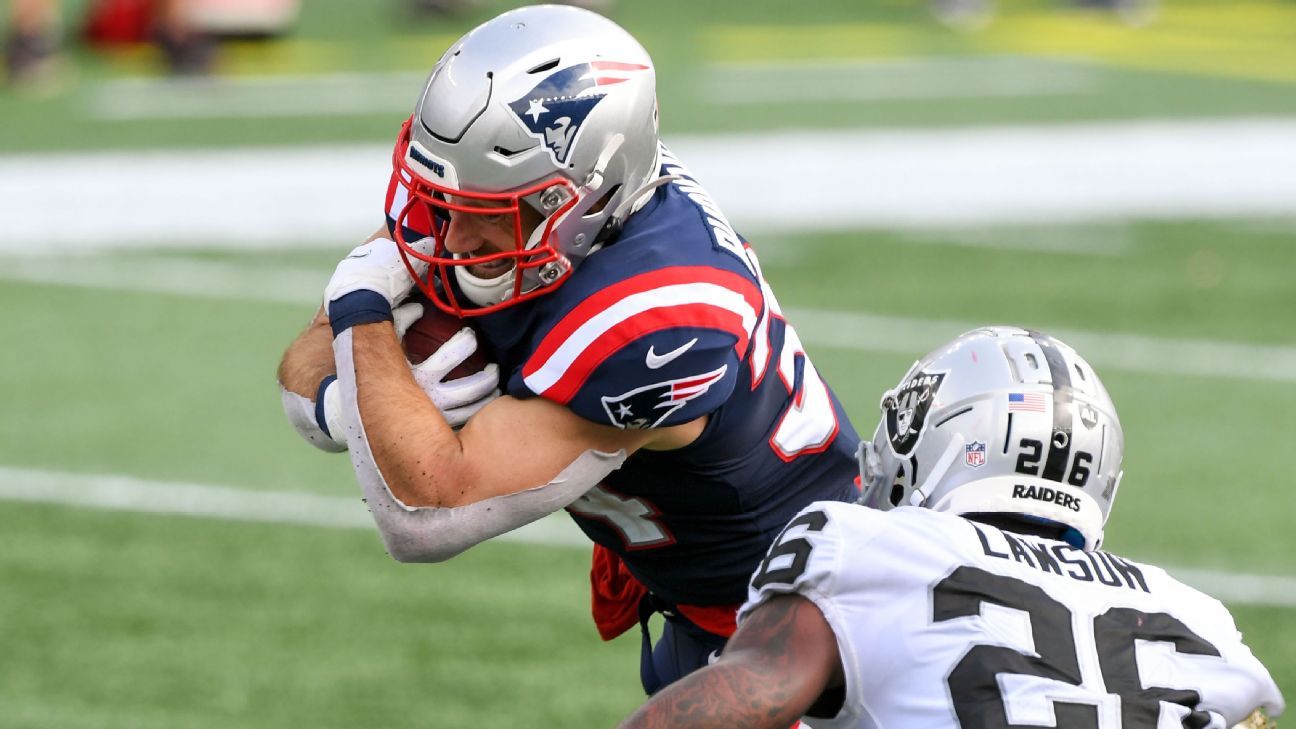 FOXBOROUGH, Mass. — In a first half in which the New England Patriots hardly played their best football against the Las Vegas Raiders in Week 3, running back Rex Burkhead provided the unquestionable highlight.

On third-and-3 from the Raiders’ 11 yard-line, and with 34 seconds left in the second quarter, Burkhead took a short pass from quarterback Cam Newton on the right side, squared his shoulders up the field, and made a stellar cut to shake safety Johnathan Abram.

Then he surged forward, leaping into the end zone over Raiders defensive Nevin Lawson, who then flipped him over.

File this one under the category of scoring through the air — in more ways than one.

Burkhead later scored on a 5-yard run with 6:41 left in the third quarter, making Sunday the fourth multi-touchdown game of his eight-year career.

Burkhead, a free-agent signing by the Patriots in 2017, notches his first career game with three scrimmage touchdowns when he scored from 2 yards out with 5:17 left in the game.

Third touchdown of the day for Rex Burkhead! @RBrex34