He is perhaps best known for directing the classic horror–science fiction film Alien, among a slew of other well-regarded movies.

But Ridley Scott has admitted that he has to ‘rethink’ the future of the Alien franchise in an interview with Forbes that was published last week.

The 82-year-old filmmaker returned to the franchise for the recent prequels Prometheus and Alien: Covenant, but now he’s considering a new directing instead of a direct continuation. 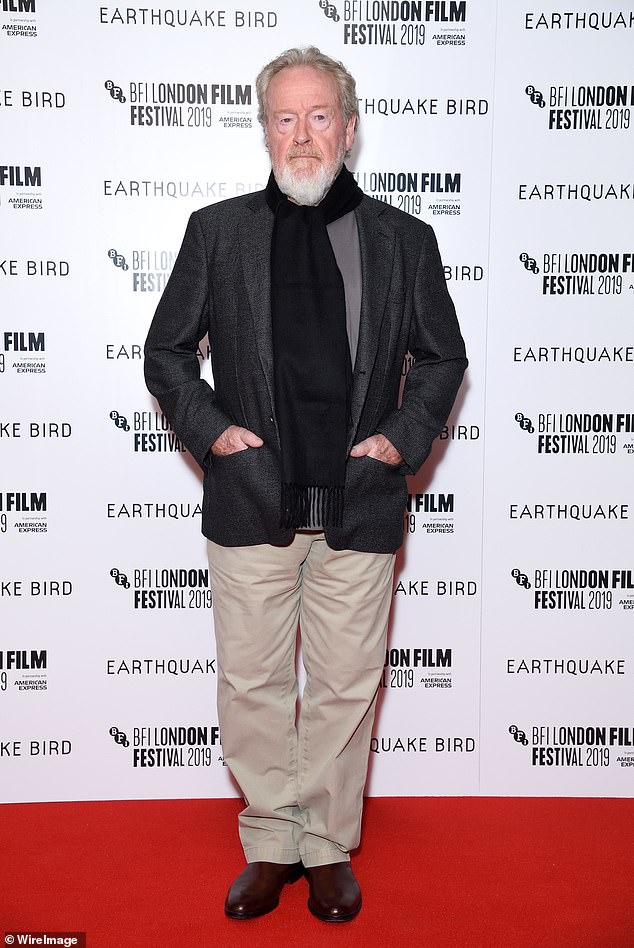 New direction: Ridley Scott, 82, admitted he has to ‘rethink’ the future of the Alien franchise in a new Forbes interview. He directed the prequels Prometheus (2012) and Alien: Covenant (2017); shown in October 2019 in London

Scott confirmed that another movie in the series was in the works, though the direction it will take is still up in the air.

‘That’s in process. We went down a route to try and reinvent the wheel with Prometheus and Covenant,’ he explained.

‘Whether or not we go directly back to that is doubtful because Prometheus woke it up very well,’ he continued.

The director mused aloud about whether the iconic xenomorph alien had worn out its welcome.

‘But you know, you’re asking fundamental questions like, “Has the Alien himself, the facehugger, the chestburster, have they all run out of steam? Do you have to rethink the whole bloody thing and simply use the word to franchise?” That’s always the fundamental question.’ 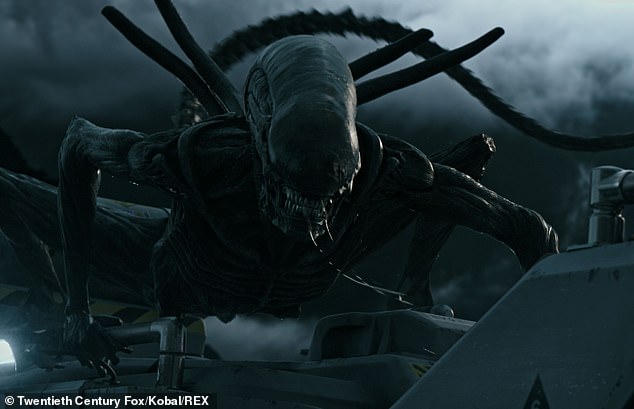 Thinking it through: Scott confirmed that another movie in the series was in the works, though the direction it will take is still up in the air; still from Alien: Covenant 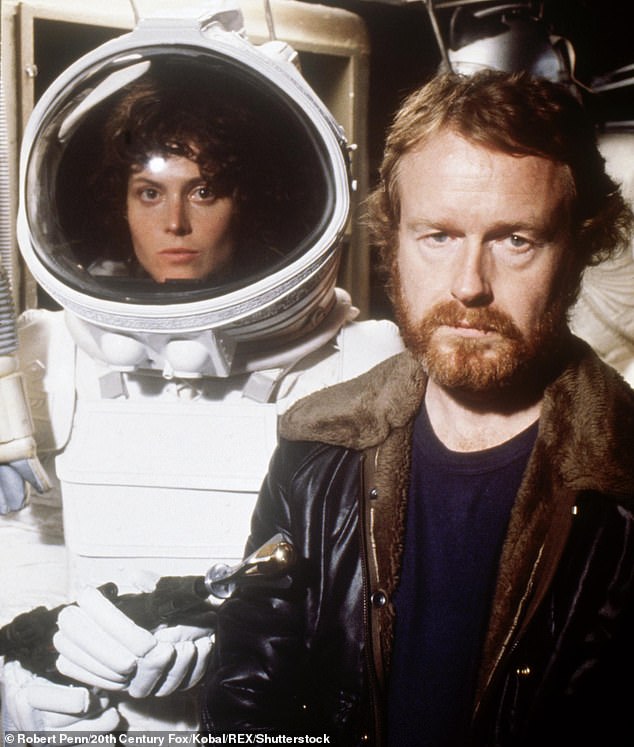 New story: ‘Has the Alien himself, the facehugger, the chestburster, have they all run out of steam? Do you have to rethink the whole bloody thing and simply use the word to franchise?’; set photo with Sigourney Weaver from Alien (1979)

After steering clear of the Alien franchise following the 1979 original, Scott returned to the fold with 2012’s Prometheus, which received solid reviews from critics and was a box officer success, grossing $403 million, according to Box Office Mojo.

He also directed the 2017 sequel Alien: Covenant, which blended the mythology of Prometheus with the horror of the original film.

The movie was still positively received, but less so, and it only grossed $241 million.

Scott’s comments seem to indicate he’s considering moving on from the last two directly connected films, though it’s unclear if he’ll simply drop the mythology angle and go for straight horror or if he’ll come up with a completely new story set in the same universe as the Alien series. 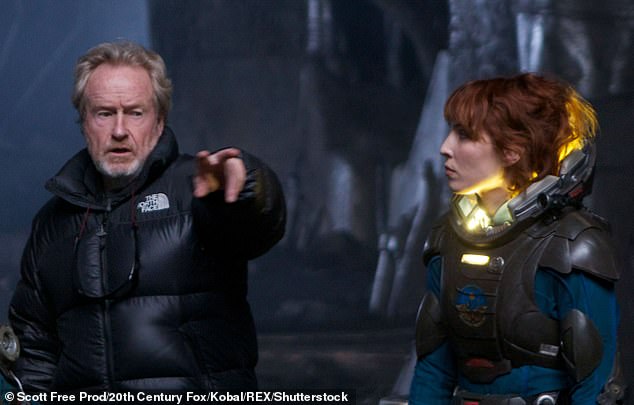 More to come: Scott didn’t specify if he would move toward the horror of the original film or create a new story, but he confirmed another Alien film is in the works; production still from Prometheus (2012) with Noomi Rapace

After he abdicated the series, James Cameron took over for the sequel Aliens (1986) which also starred Sigourney Weaver and is now regarded as one of the greatest action films ever made.

The follow-up, 1992’s Alien 3, was critically derided and disowned by its director, David Fincher, who would go on to direct the modern classics Se7en, Zodiac and Gone Girl.

Alien Resurrection, the final film in the original series, was directed by French filmmaker Jean-Pierre Jeunet and written by future Avengers director Joss Whedon. It received mixed reviews but performed well at the box office. 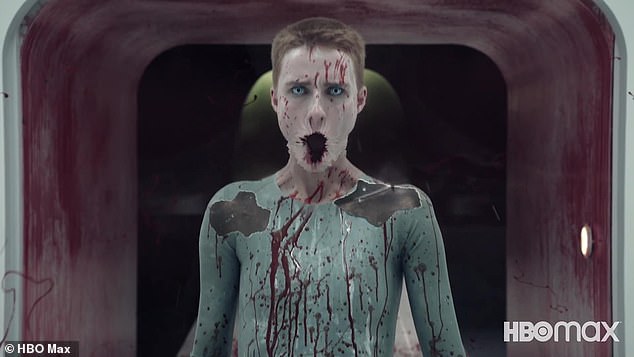 New project: Scott returned to science fiction with the new HBO Max series Raised By Wolves, which he produces. It’s about androids trying to raise human children on a new planet

Scott also spoke about his return to science fiction for the new HBO Max series Raised By Wolves.

The show follows two androids tasked with raising a group of human children on a new planet after the Earth is destroyed.

But their efforts are thrown into disarray after religion develops on the new planet and threatens to tear apart the new humans.

Scott opted to direct the show’s first two episodes after initially planning to only produce it.

‘I would be one of the producers on it anyway because my company, Scott Free Productions, is behind it, but I read the show and thought, “Oh my God. This is great,”‘ he gushed.

‘I act very intuitively, and I thought I must do one but then said I’d do two. I stayed with it afterward, in post-production, because I’m a chronic grader, so I kept my hands on all the way through.’

The show’s first three episodes were released simultaneously on September 3. 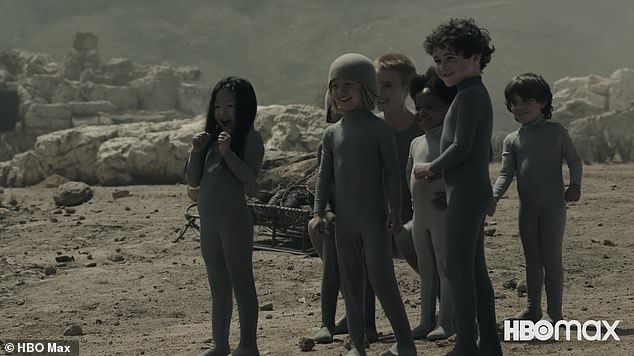 Hands on: Scott was initially just a producer, but he liked the scripts enough to direct the first two episodes of the first season