Rihanna says she is still in love with ex Chris Brown, 12 years after her attacked the starlet and threatened to kill her during a violent argument while driving around Los Angeles.

The talent talked about mending her relationship with Brown during an appearance on Oprah’s Supersoul Conversations podcast, where she admitted she’ll always have feelings for the X singer, who she now considers a close friend. 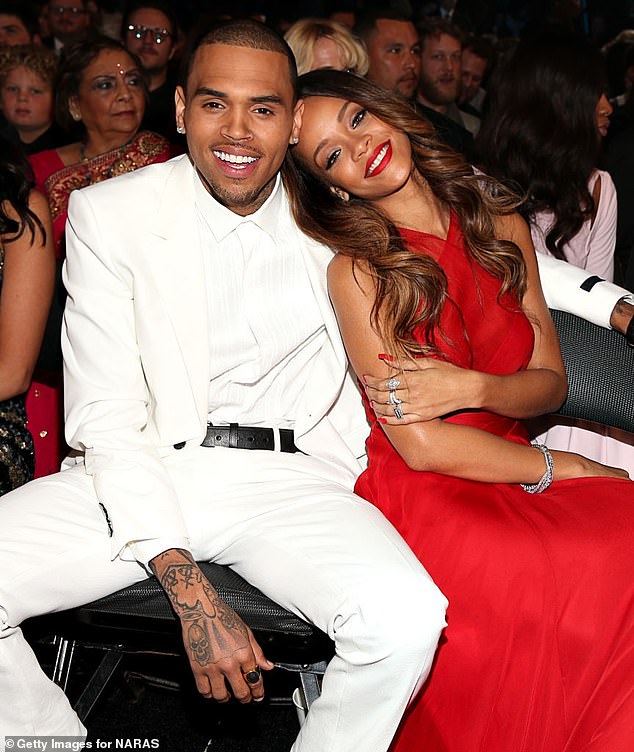 Old flame: Rihanna admitted she and Chris Brown still share a deep love as she opened up to Oprah on her Supersoul Conversation podcast. The former couple are seen in 2013 above

According to TMZ, the queen of the Fenty empire said ‘her stomach turns when she sees him’ because there are still feelings there.

She also revealed that the duo spent time together in St. Tropez after running into each other at a mutual friend’s party.

Rihanna said that she realized Brown has changed a lot over the years, going on to say: ‘I truly love him. So, the main thing for me is that he’s at peace. I’m not at peace if he’s a little unhappy or he’s still lonely.’

When asked if they could ever reunite in the future, Rihanna wasn’t saying no.

‘He’s in a relationship of his own,’ she explained. ‘I’m single but we have maintained a very close friendship ever since the restraining order has been dropped. We’ve just worked on it, little by little, and it has not been easy. It’s not easy.’