And on Sunday, American actress Marisol Nichols spoke about her undercover role as a law enforcement agent in the battle against human trafficking.

‘Having a skill set of being an actor it kind of just melded together,’ she said during her appearance on Australia’s Weekend Today. 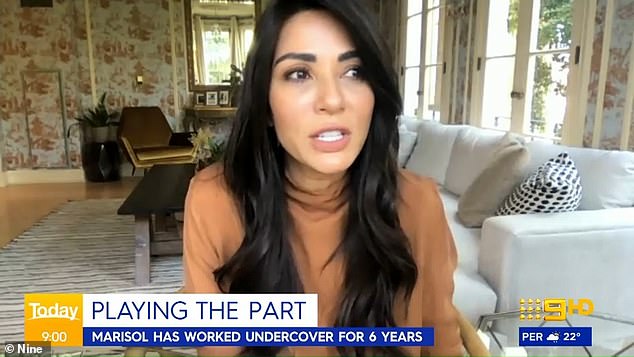 Riverdale star Marisol Nichols, 46, (pictured) has discussed her secret life as an undercover sex trafficking agent… after it was revealed it will be turned into a TV series

‘As an acting gig first of all your stakes are so high because all you want to do is get these guys to show up so you can take them off the streets. Period,’ she said.

Marisol, 46, explained she would assist police enforcement by playing the necessary character in order to bait and arrest sex offenders and paedophiles.

‘I remember the first time flying back and walking to the airport and it was really hard for me to look at men,’ she admitted. 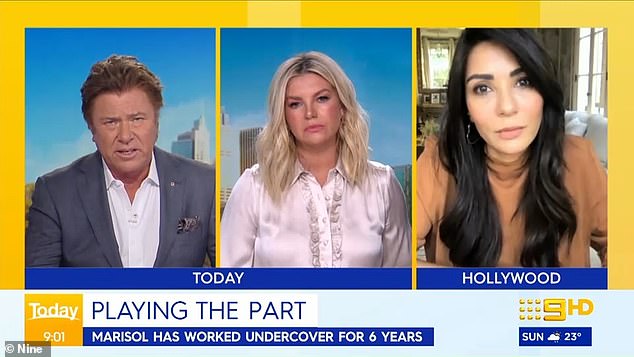 ‘Having a skill set of being an actor it kind of just melded together,’ she said during her appearance on Weekend Today. Pictured alongside Richard Wilkins and Rebecca Maddern

‘The ones that would show up, you think would look a certain way, but they are normal people. These are dads, these are white middle aged guys.’

‘It was horrific, it took me a long time to separate it out.’ 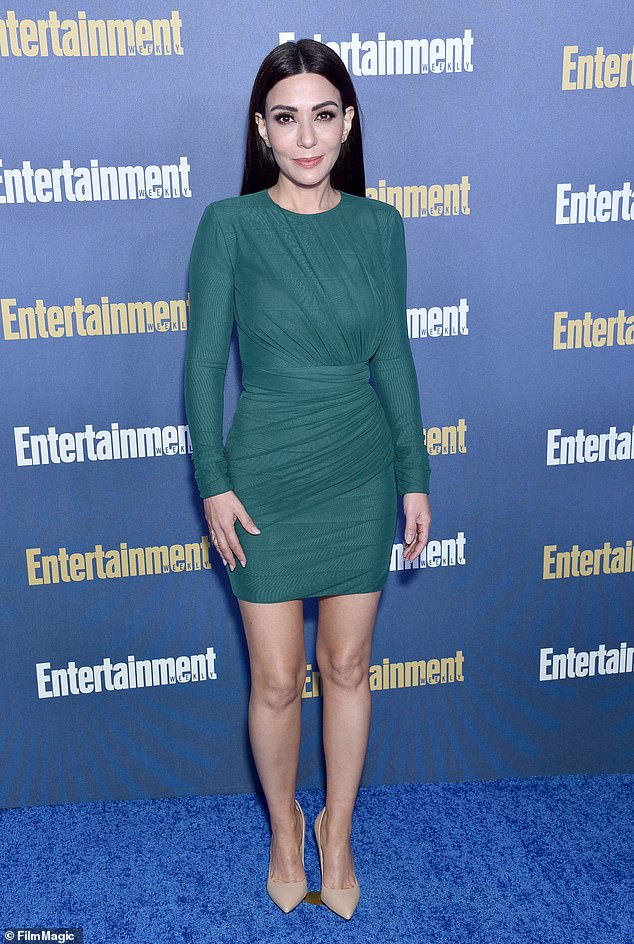 Secret gig: The American actress explained that would assist police enforcement by playing the necessary character in order to bait and arrest sex offenders and paedophiles

The story of the actress comes after she revealed her efforts with law enforcement in a piece with Marie Claire earlier this year.

Nichols said that she’s been collaborating with police, FBI and Operation Underground Railroad putting her acting talents to use playing the roles of people involved in the situations.

In the operations, which took place on a global level, Nichols portrayed a parent looking to prostitute their child; or a child involved in the process. 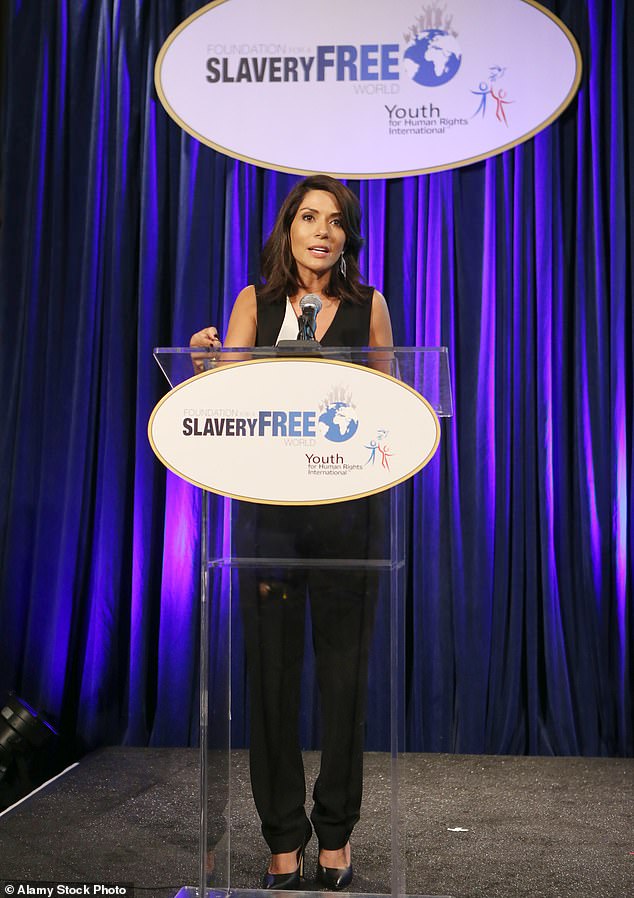 Coming soon: Marisol Nichols’ amazing story of balancing being a Hollywood star and an undercover agent in the battle against human trafficking is headed to the small screen. She was snapped in LA in 2015 at the Human Rights Hero Awards

She’s expected to both star in and executive produce the adaptation, according to the outlet.

Nichols has also been seen on shows including Teen Wolf, CSI: Crime Scene Investigation and Law & Order: SVU, and played the role of Audrey Griswold in 1997’s Vegas Vacation.

Teen Wolf is available on Stan in Australia. 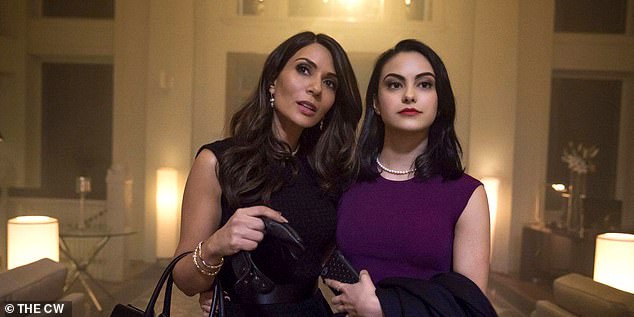