Robert De Niro gave fans a first look of his performance as a disheveled producer in the trailer of his upcoming action-comedy, The Comeback Trail, on Friday.

And just one day later, the 76-year-old Oscar winner opted for a casual look on a solo outing around the Tribeca area of New York City.

As the celebrated actor slipped back into his SUV, he could be sporting an olive green polo shirt, knee-length khaki shorts and a charcoal grey cap. 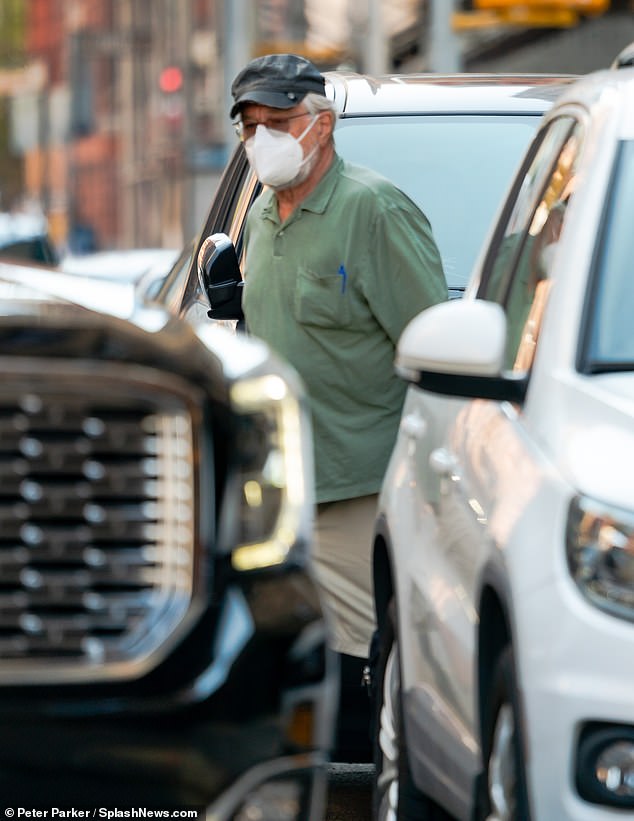 Masked up: Robert De Niro looked casual on a trip to New York City, one day after the trailer of his upcoming action-comedy, The Comeback Trail, was released on Friday

The celebrated actor appeared to be enjoying a leisurely afternoon, as he carried a medium-sized black bag and a folded newspaper.

The father-of-six diligently kept his mouth and nose covered under a white CDC-recommended face mask, as he took a break from quarantining at his upstate New York compound in the village of Gardiner.

At the end of July, he stepped out in an identical outfit, down to a blue pen in his polo’s pocket and his black sneakers. 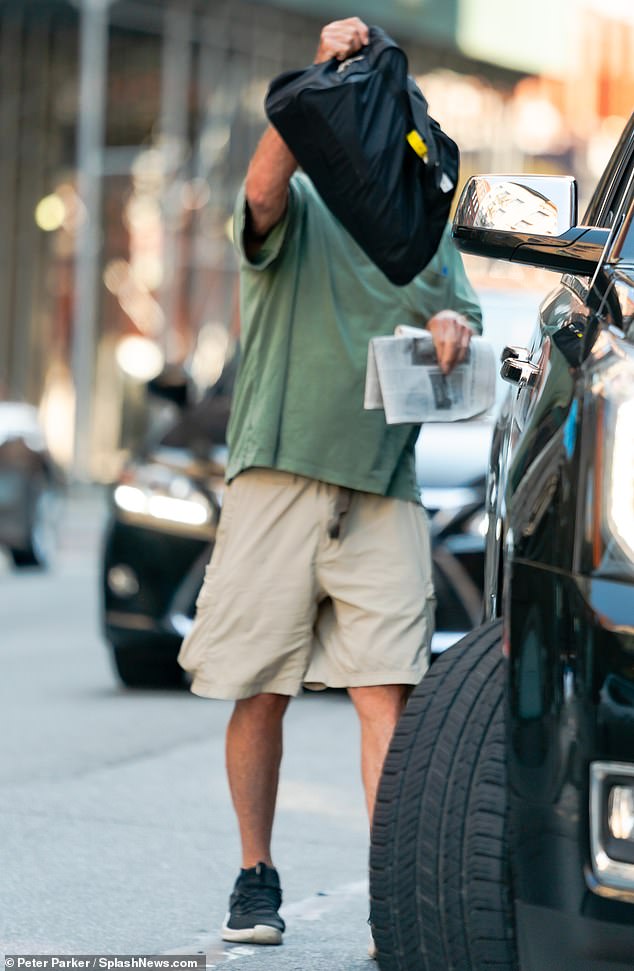 Back in the city: The celebrated actor appeared to be enjoying a leisurely afternoon, as he carried a medium-sized black bag and a folded newspaper

That sighting of him marked his first public appearance since disclosing details of his annual income, amid an ongoing court battle with estranged wife Grace Hightower.

He alleged the coronavirus pandemic has diminished his multi-million-dollar earnings and successfully had Hightower’s $100,000-a-month credit limit credit card allowance cut in half.

The pair confirmed their separation in November 2018 after 21 years together. 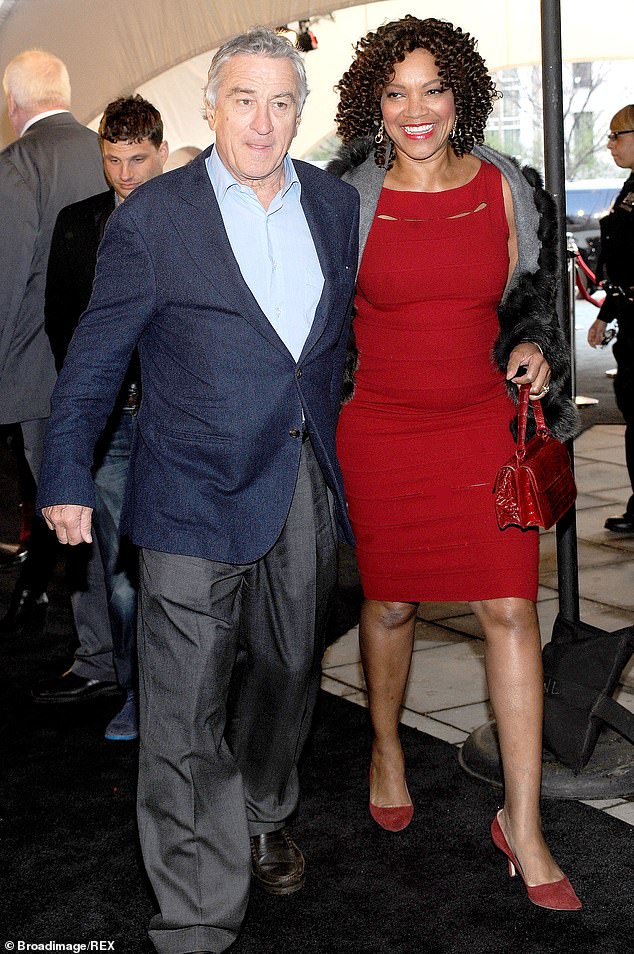 Managing his funds: His recent sighting is one of few after disclosing details of his annual income, amid an ongoing court battle with estranged wife Grace Hightower; seen in 2014

Caroline Krauss, De Niro’s attorney, told the judge that De Niro had to reduce her allowance because his businesses and career had suffered since the pandemic hit.

She said his Nobu restaurant and hotel empire – founded in 1994, now with 41 restaurants and 18 hotels in North and South America, Europe, Mexico and the Caribbean, the Middle East, Africa, Asia and Australia – lost $3 million in April and another $1.87 million in May.

At the time, it also emerged the chain took 14 loans from the U.S. small business relief program for as much as $28 million, according to government filings. 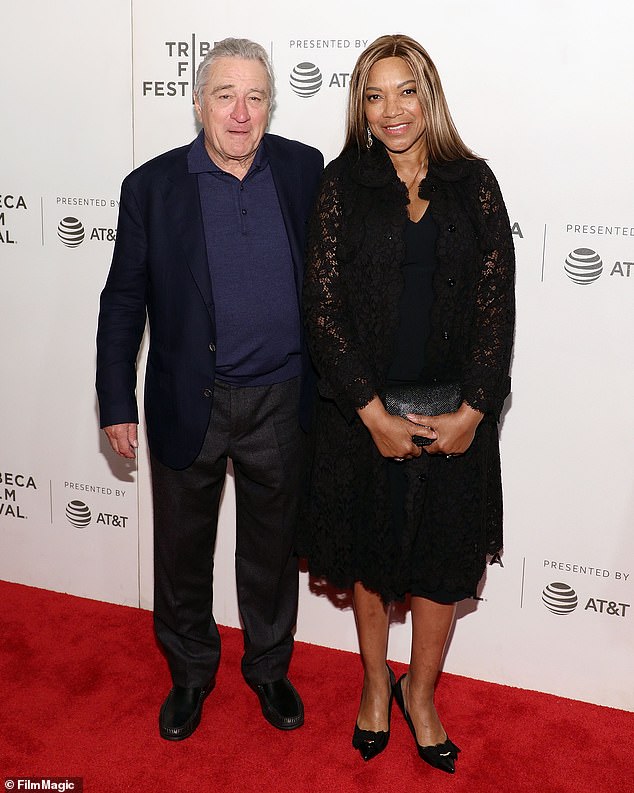 Hard times: He alleged the coronavirus pandemic has diminished his multi-million-dollar earnings and successfully had Hightower’s $100,000-a-month credit limit credit card allowance cut in half. Seen in 2018

Additionally, he owns The Greenwich hotel, which has been largely empty due to the pandemic.

Krauss said he also had to pay investors $500,000 on a capital call, which he borrowed money from his business partners to make, ‘because he doesn’t have the cash,’ she said, according to The New York Post.

She explained that under the terms of their 2004 prenuptial agreement De Niro is required to pay Hightower $1 million a year as long as he’s making $15 million or more in income, and if his income declines, so do his payments to her.

‘His accounts and business manager says that the best case for Mr De Niro, if everything starts to turn around this year, he is going to be lucky if he makes $7.5 million this year,’ Krauss said. 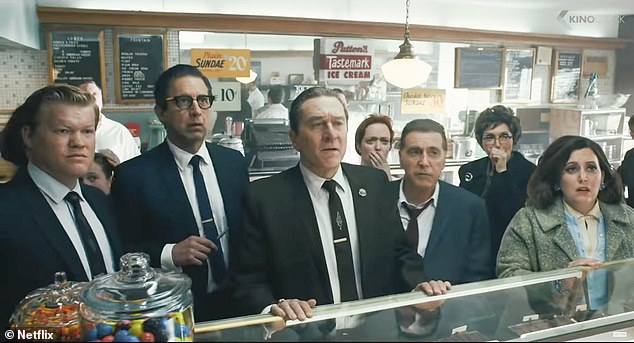 His hit film: Here he is seen in the Martin Scorsese movie The Irishman with Al Pacino; the film is based on the book, I Heard You Paint Houses

She said that proceeds from De Niro’s latest film – Netflix’s The Irishman, nominated for 10 Oscars – have mostly already been paid out and he is likely to get just $2.5 million in 2020 and 2021.

And a movie project that De Niro was scheduled to begin filming this summer in Oklahoma has been put on hold, Krauss explained.

She said that ‘these people’ – seemingly a reference to Hightower and their children – placed great financial demands on De Niro, preventing him from retiring.

‘These people, in spite of his robust earnings, have always spent more than he has earned,’ Krauss said, according to the paper.’This 76-year-old robust man couldn’t retire even if he wanted to because he can’t afford to keep up with his lifestyle.’

Meanwhile, Hightower’s lawyer, Kevin McDonough, said it was laughable to suggest that De Niro had fallen on hard times, as he ‘has an admitted worth of $500 million and makes $30 million a year.’