A man who allegedly tried to set a police car on fire outside a station after dousing it in petrol has been arrested.

Rodney Mutenyi, 28, allegedly filled a jerrycan with petrol at 7-Eleven in Ashfield in Sydney’s inner west about 8.45pm on Thursday.

He then ran across the street to Ashfield Police Station where he poured petrol onto a marked police vehicle, police will allege.

Mutenyi then allegedly threw objects at another marked police car and was spotted by an officer who had walked outside.

Following a confrontation, the he allegedly became aggressive forcing the officer to use capsicum spray to control him.

A police officer suffered minor injuries during the alleged scuffle.

Mutenyi was arrested and taken to Burwood Police Station where he was charged with damage property by fire (attempt), resist officer in execution of duty and malicious damage.

He is due to appear at Burwood Local Court on Friday. 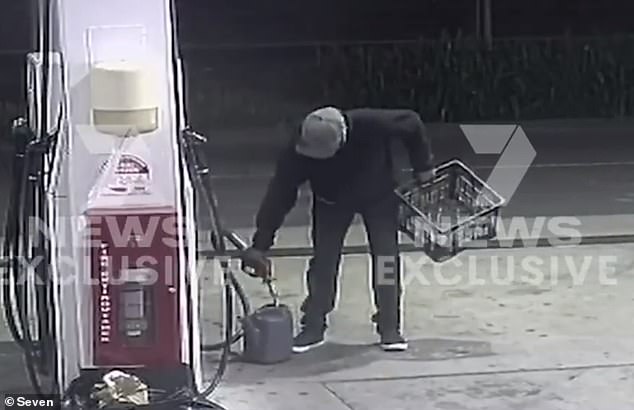 Rodney Mutenyi (pictured), 28, allegedly filled a jerrycan with petrol at 7-Eleven in Ashfield in Sydney’s inner west about 8.45pm on Thursday