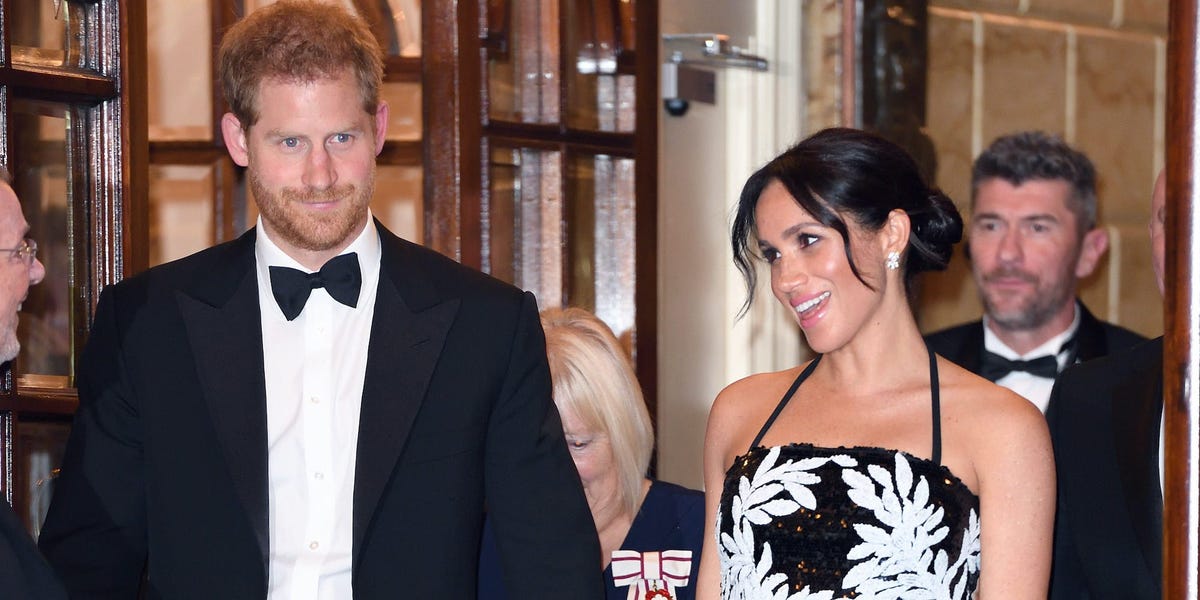 Some public figures in the UK have been calling for the Queen to revoke Prince Harry’s dukedom after it was announced he is starting a career in showbusiness.

Harry and Meghan Markle have signed on to produce documentaries, scripted television, and family programming for Netflix after resigning from the royal family earlier this year.

“I think what they should do — and this is a little debate to be thrown up,” Piers Morgan said while hosting “Good Morning Britain,” according to The Mirror.

“But if they really want to be independent, it seems they do, they want to live in Hollywood or Santa Barbara and wanna make woke movies or TV shows and make us feel lovely and fluffy about everything, that’s fine.

“I just don’t think, as a Sussex resident all my life, I don’t think they should be allowed to keep the titles Duke and Duchess of Sussex,” he added.

Meanwhile, Susan Hall, a politician in the UK, wrote on Twitter that the couple “need to lose all titles.”

“They are an embarrassment to the Crown — our Queen deserves so much better,” she added.

British newspaper The Daily Express even polled readers on whether the couple should drop their titles, with 98% of respondents saying they should, according to the publication.

This comes after there were similar calls for Meghan Markle’s title to be removed after she spoke about politics last month.

The Queen presented Harry with the title HRH Duke of Sussex upon his wedding to Markle in 2018, who inherited the title Duchess upon the marriage.

The couple retained their HRH titles, however, they chose not to use them and instead are formally known as Harry and Meghan, The Duke and Duchess of Sussex.

The Queen won’t revoke Harry and Markle’s titles, according to experts

However, royal experts say the couple will remain the Duke and Duchess of Sussex because the title is Harry’s “birthright.”

“I understand why there is clamoring to withdraw the royal titles,” Robert Jobson, royal editor at the Evening Standard, told Insider.

“But in any view, it is too late and would petty and vindictive.

“The Queen made the decision to honor Harry by making him a royal duke on his wedding day. He is, and will always be, a prince — given he is the second son of the heir to the throne.”

Harry’s place in the line of succession wasn’t affected when he resigned earlier this year, just as it doesn’t affect other non-working royals, including Princess Beatrice and Princess Eugenie, who retain their titles despite not carrying out duties for the Queen.

Katie Nicholl, a royal biographer, told Insider: “I think it would be highly unlikely for the Queen to revoke Harry’s title. It is his birthright. “

Meanwhile, activist Dr. Shola Mos-Shogbamimu wrote on Twitter: “There’s nothing left to strip them off and you can’t strip royalty off Harry’s blood.

“Such double standards — other Royals benefit ‘commercially’ from their titles/royal birth.”

Representatives for the Duke and Duchess of Sussex and Buckingham Palace did not immediately respond to Insider’s request for comment for this article.

Sweden’s Princess Sofia says she would never resign like Prince Harry and Meghan Markle, despite the ‘stormy years’ after her royal wedding

Our Royal Insider Facebook group is the best place for up-to-date news and announcements about the British royal family, direct from Insider’s royal reporters. Join here.