A top prosecutor working for US Attorney John Durham has resigned from his highly charged probe of alleged FBI misconduct in the Russia probe – as the U.S. attorney general says more charges could be coming in the case.

Federal prosecutor Nora Dannehy gave up her post and resigned by email, the Hartford Courant reported, stating the reason was at least partly due to concern the probe is being pressured for political reasons to produce its report ahead of schedule.

Dannehy did not state that as the reason in the email she circulated to colleagues, according to the paper. 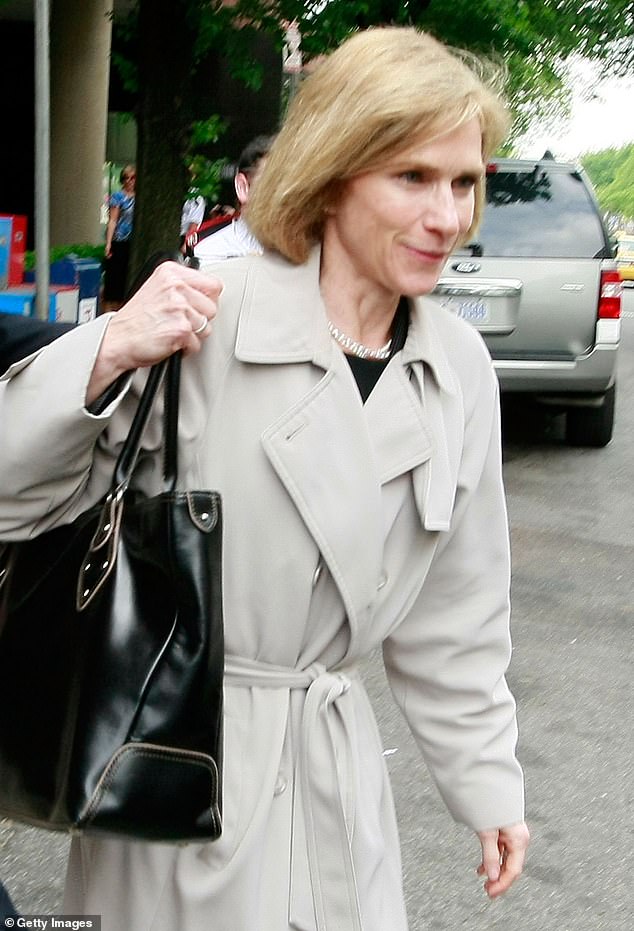 Connecticut prosecutor Nora R. Dannehy gets into a cab as she leaves the Law offices of Patton & Boggs after interviewing Karl Rove May 15, 2009 in Washington, DC. Rove was interviewed by Dannehy as part of a criminal investigation into the firing of U.S. attorneys during the Bush Administration

The resignation is an indication of yet another internecine fight within a Justice Department investigation related to Russian election interference and its reverberations, which have continued throughout President Donald Trump’s term.

Attorney General Bill Barr said this week that there ‘could be’ more charges coming in the probe.

Durham got Dannehy to rejoin his team after an earlier stint, according to the Courant. Colleagues told the paper she was concerned about pressure from Barr ‘to produce results before the election.’ 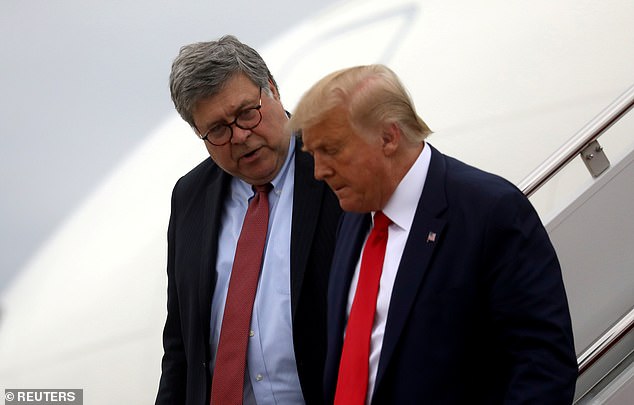 Attorney General Bill Barr (l) says there could be more charges coming in John Durham’s probe of alleged FBI misconduct in the Russia probe. A federal prosecutor resigned from Durham’s probe Thursday in what colleagues are saying was concern about political pressure

In July during congressional testimony, Barr also indicated he would not be bound by an unwritten ’60-day’ rule to not bring politically charged indictments within 60 days of an election.

‘No,’ he said when asked if he would have the Durham probe follow the rule.

Durham has a long career as a prosecutor, however Democrats harbor suspicions about his intentions and have repeatedly accused Barr of acting like the president’s personal lawyer rather than the nation’s AG.

Trump kept his distance from the probe when asked about it Thursday – then called himself the nation’s top law enforcement officer.

‘I have to see. I’m not involved in it,’ Trump said when asked if new indictments are coming.

‘I purposely stayed uninvolved. I’m, I guess, considered the chief law enforcement officer of the country. I could be involved if I wanted to,’ Trump said.

‘I thought it would be better if I wasn’t. I think it’s better if our great attorney general handles it. He has Durham, who is a very, very respected man, and we’re going to see what it is. I can’t tell you that,’ Trump said.

If Durham were to bring more charges this fall (he has already obtained a guilty plea) Trump would be certain to make use of it. The president regularly rails against the Russia probe, which he brands a ‘witch hunt.’ On Thursday he called FBI agents who took part ‘liars’ and ‘leakers.’

He has also accused rival Joe Biden and President Barack Obama of ‘treason’ and having ‘spied’ on his campaign.

‘They lied. They cheated. They leaked. They got caught. They spied on my campaign. Never in history has there been anything like this,’ he said.

‘It’s treason, and other words can be used also,’ Trump said.

A spokesman for Durham’s office told CNBC: ‘We’re confirming that she has resigned from the Department of Justice and not commenting further.’