San Francisco’s mayor has described as ‘absolutely reckless and selfish’ a crowd of over 1,000 partygoers who descended on a city beach on Saturday night to unofficially celebrate Burning Man.

London Breed, mayor of the city, said on Sunday that she had closed the parking lot at Ocean Beach to prevent a repeat of Saturday’s gathering.

‘Last night, over 1,000 people crowded on Ocean Beach to celebrate Burning Man,’ she tweeted on Sunday.

‘We’ve heard people may return tonight. Don’t do it.’ 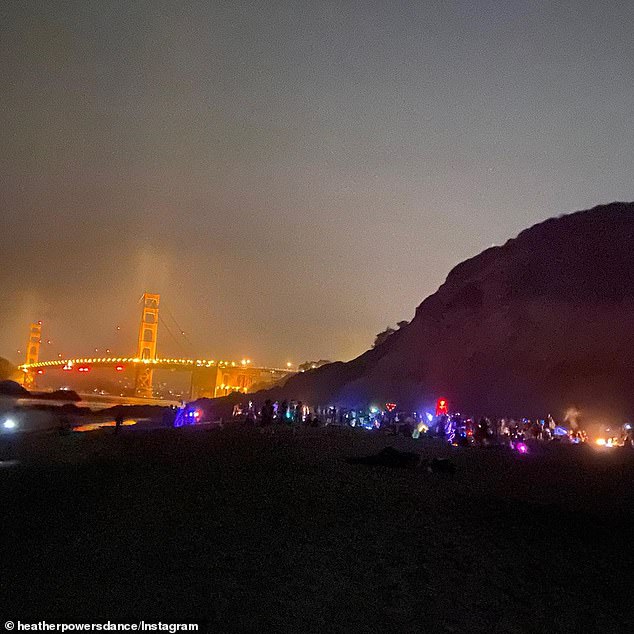 Ocean Beach, beneath the Golden Gate Bridge, was awash with lights and partygoers 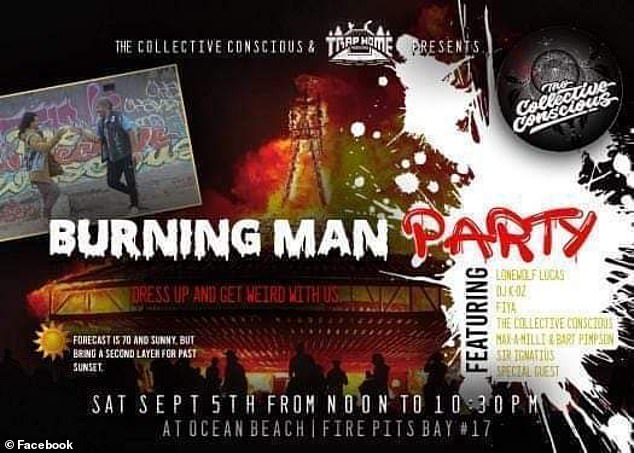 Fliers circulating on Facebook promoted the event, with a series of DJs and bands announced 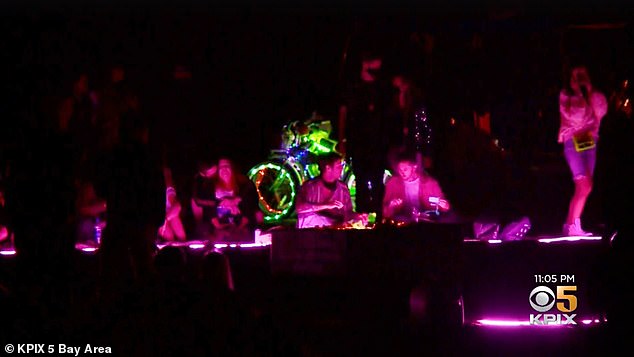 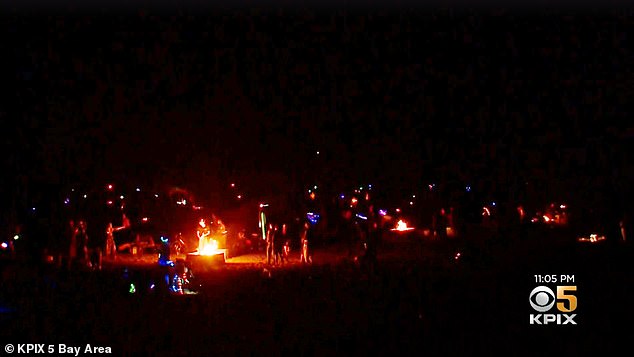 Breed, mayor since July 2018, said that police patrols had been stepped up along the waterfront.

‘We will be closing the parking lots at Ocean Beach. Law enforcement will be patrolling.

‘We know people love Burning Man & people want to get together this weekend. But we all need to do our part. Stay home, stay safe.’

Burning Man, due to be held this weekend in Nevada, was canceled due to COVID-19, and was celebrated online. Some people have still traveled to the site, with the Bureau of Land Management permitting camping, provided they follow social distancing guidelines. 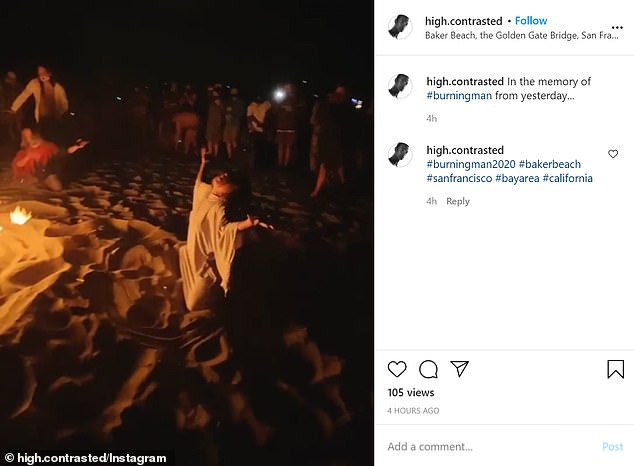 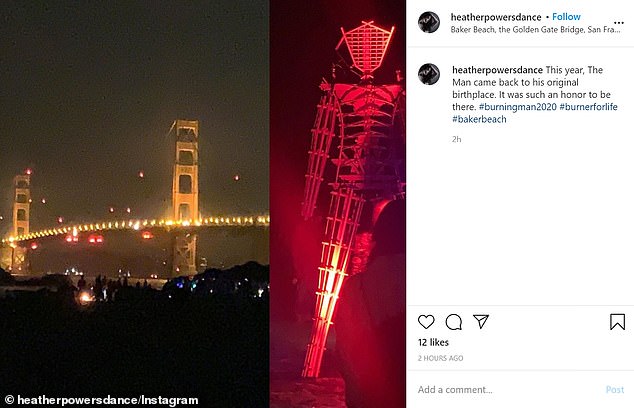 The festival begun in San Francisco in 1986, when artist Larry Harvey and his friend Jerry James knocked together an improvised wooden figure and dragged it down to Baker Beach on the Summer Solstice. They light it up, and a curious crowd gathers to watch it burn.

But the problem, Breed said, was at Ocean Beach, where loud music and flickering colored lights were seen along the water edge and a crowd was seen partying.

Multiple prohibited bonfires dotted the sand, according to SF Gate – in spite of a Spare the Air alert, which was issued as a result of the heat wave and is in effect until Monday. 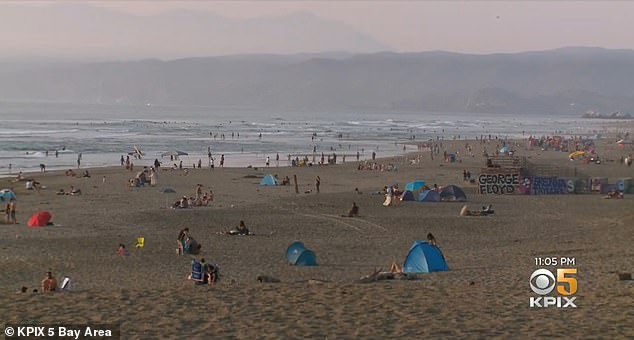 San Francisco county has had 9,839 confirmed cases of coronavirus, and 86 deaths.

The festivities came as California swelters under a record heat wave.

Records for temperatures were broken across the state, with Paso Robles having the hottest day in the city’s history, as the mercury hit 112 degrees on Saturday.

The Woodland Hills neighborhood of Los Angeles also had its hottest day ever, with temperatures reaching 117 degrees.

The wildfire warning for the Santa Barbara area was upgraded to a red flag.

On Saturday night the National Weather Service warned southern Californians that the conditions were likely to continue.

‘Expect a similar hot day tomorrow, with inland temperatures peaking between 110-120 degrees, hottest likely in the valleys,’ they tweeted.

‘There will be some cooling on Monday, but still well above normal for inland areas. Best cooling across the coast. Stay hydrated and cool!’ 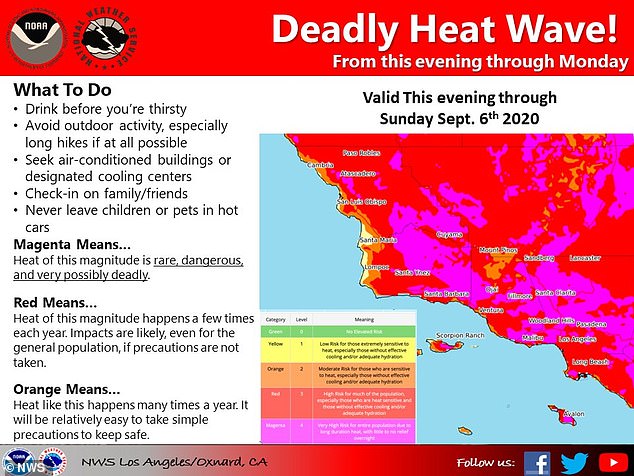 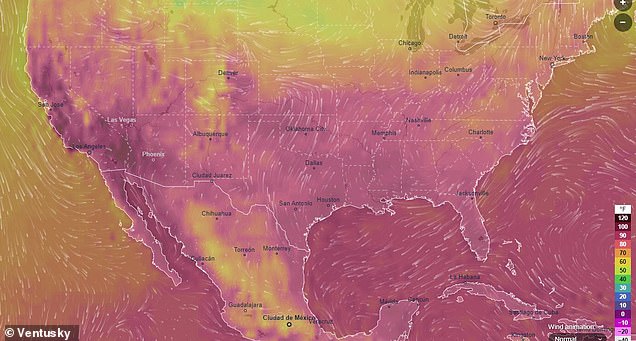 Beaches across the state were packed with people on Saturday, soaking up the sun on the last official weekend of summer.

In Los Angeles, Santa Monica beach was crowded with families and friends seeking an escape from the heat.

On the other side of the county, in New Jersey, families gathered in Atlantic City to take advantage of the long weekend.

And in the south, in Florida, the beaches around Miami were a big draw, as people took to the sand to celebrate the Labor Day long weekend. 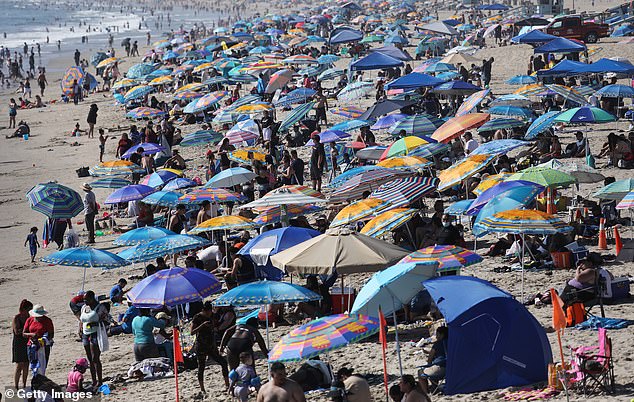 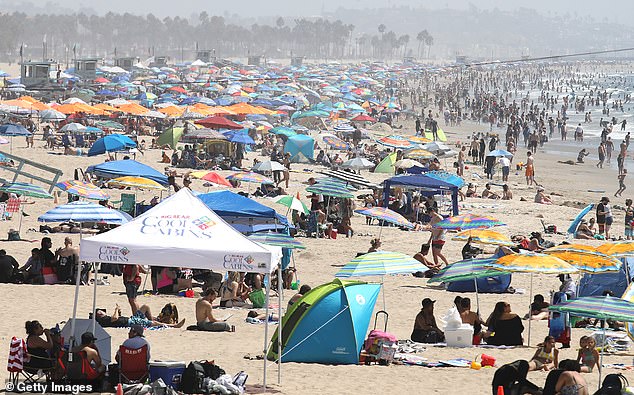 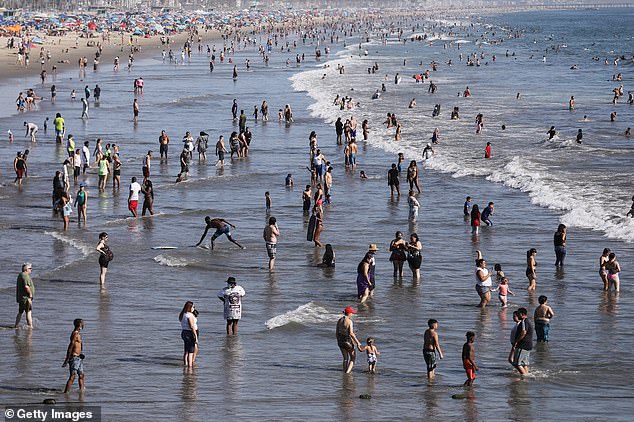 Swimmers, paddlers and surfers all took to the waters off Santa Monica beach on Saturday 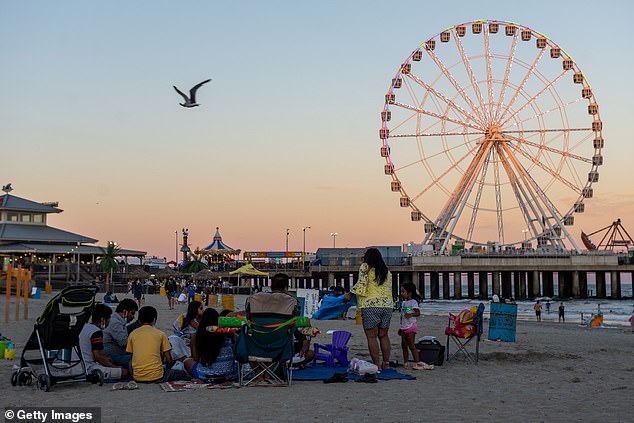 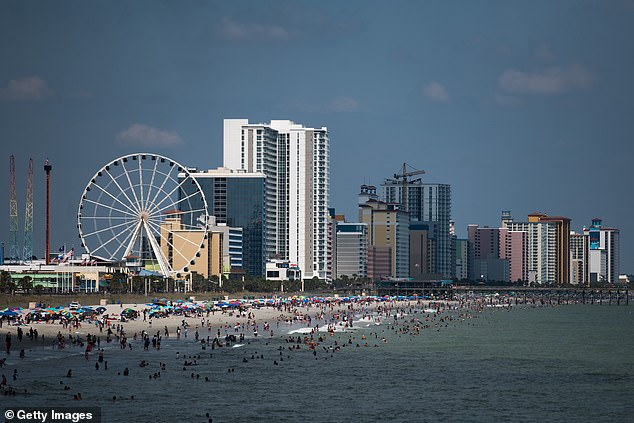 South Carolina’s Myrtle Beach was busy with people on Saturday, enjoying the sun 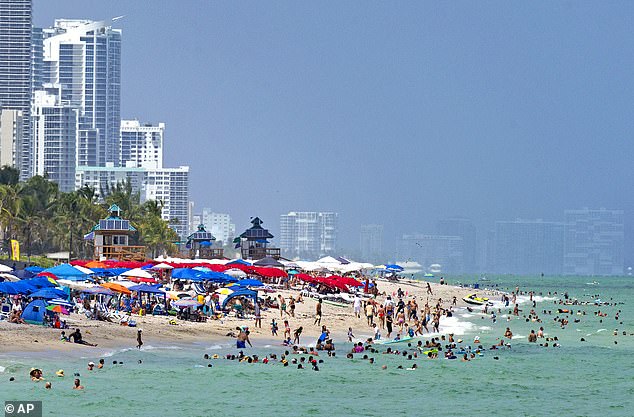 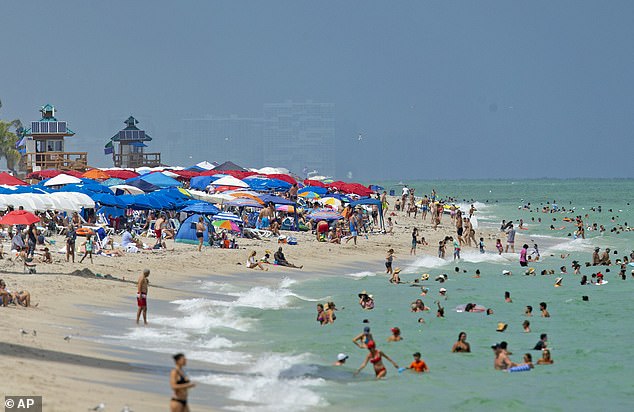 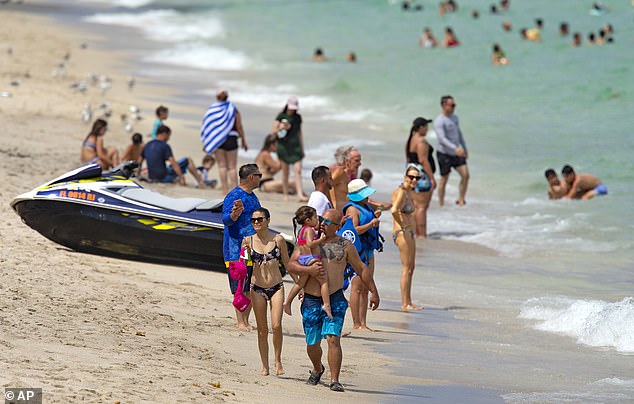