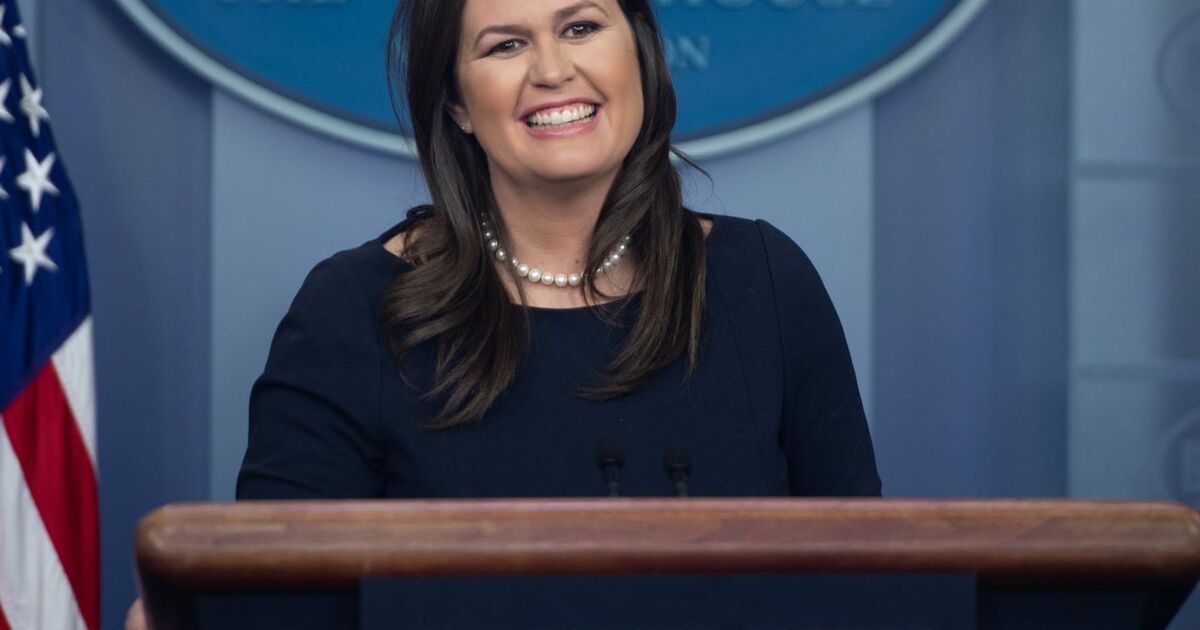 Former White House Press Secretary Sarah Huckabee Sanders describes one of her former colleagues as a “foulmouthed Jew” in her new memoir.

In “Speaking for Myself: Faith Freedom, and the Fight of Our Lives Inside the Trump White House,” Sanders describes former White House communications team colleague Josh Raffel as “a liberal, aggressive, foulmouthed Jew from New York City,” according to Jewish Insider, which obtained a preview copy of the book.

Despite being “pretty much his total opposite,” Sanders, born in Hope, Arkansas, says she grew to love Raffel during their time working together.

“He is one of the funniest people I know, intensely loyal, and probably the most talented communications strategist I’ve ever worked with,” Sanders writes. “Nobody in the White House could work a story better than Josh, and he was always one of the first colleagues I turned to for help on the toughest assignments.”

During his time working at the White House, Raffel was the spokesperson for Jared Kushner and Ivanka Trump. He left the White House in 2018, returning to his work as a senior vice president of Hiltzik Strategies and head of marketing and communications at Blumhouse Productions.

Jewish Insider reached out to Raffel about Sanders’ book, and he described her as a “close friend.”

In another chapter of the book, President Trump told Sanders to go to North Korea and take “one for the team” after Kim Jong Un appeared to wink at her, she said in a new memoir, according to The Guardian.

Sanders said that during a summit between Trump and Kim in Singapore in 2018, “Kim nodded and appeared to wink at me.”

“Well, Sarah, that settles it. You’re going to North Korea and taking one for the team!” Trump told her, Sanders said. “Your husband and kids will miss you, but you’ll be a hero to your country!”

Sanders served as White House Press Secretary under President Trump from 2017 to 2019.