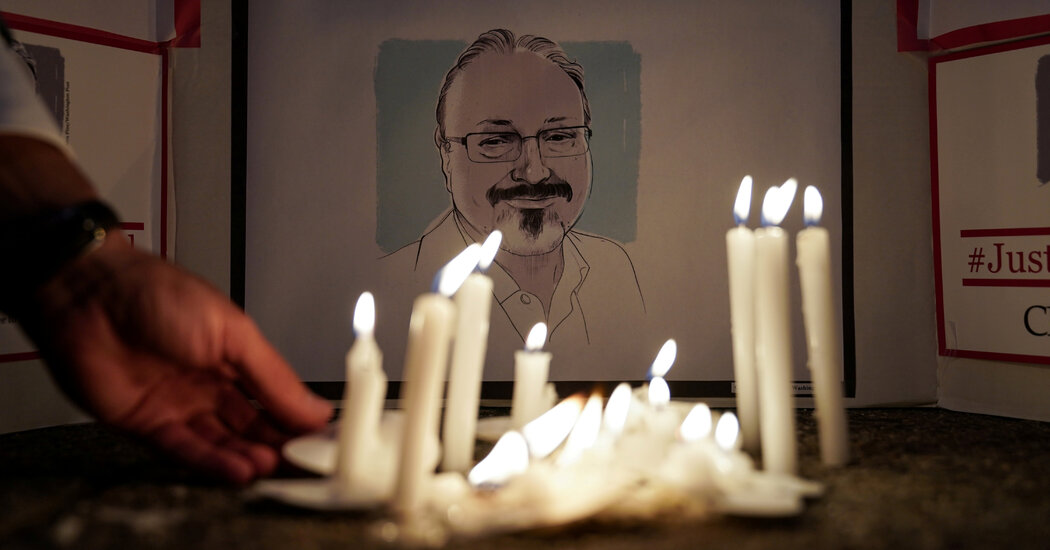 A Saudi court on Monday issued final verdicts in the killing of the dissident writer Jamal Khashoggi, months after one of his sons said he and his siblings had forgiven the men who killed him, effectively eliminating the possibility that the defendants would be executed.

In December, a Saudi court convicted the men in connection with the killing and dismemberment of Mr. Khashoggi inside the Saudi Consulate in Istanbul in October 2018, sentencing three to prison terms and five to death, a punishment that is usually carried out in the kingdom by beheading.

Mr. Khashoggi, a prominent Saudi journalist, fled the kingdom during the rise of its powerful crown prince, Mohammed bin Salman, and wrote critically about him as a columnist for The Washington Post.

The sentences that were issued in December reflected the Saudi narrative that the killing had not been ordered by the royal court, but rather was a last-minute decision by agents on the ground. However, that narrative contradicts evidence gathered by the Turkish authorities and a United Nations expert, who found that the agents traveled to Istanbul intending to kill Mr. Khashoggi and were carrying the tools to do so.

The Saudi court classified the case in a way that allowed Mr. Khashoggi’s heirs to pardon the killers, sparing them the death penalty. In a statement on Twitter on May 21, one of Mr. Khashoggi’s sons, Salah Khashoggi, cited a Quran verse praising forgiveness and said the family hoped to be rewarded by God for its good deed. (Salah Khashoggi lives in Saudi Arabia, raising the possibility that the pardon was coerced.)

Rights experts and associates of Jamal Khashoggi’s, including Hatice Cengiz, his fiancée at the time of his death, followed his son’s statement by accusing the Saudis of shielding Mr. Khashoggi’s killers from accountability.

“The Saudi authorities are playing out what they hope will be the final act in their well-rehearsed parody of justice in front of an international community far too ready to be deceived,” Agnes Callamard, a United Nations expert on extrajudicial executions who investigated Mr. Khashoggi’s killing, said in a statement at the time. She called for an international investigation to determine who “at the highest levels of the state” was involved in Mr. Khashoggi’s killing.

On Monday, Ms. Callamard wrote on Twitter that the verdicts “had no legal or moral legitimacy, following a trial that was neither fair nor just nor transparent.”

After the verdicts were issued, Ms. Cengiz wrote on Twitter that the people “responsible of this murder are not just these eight people who are sentenced.”

“Indeed,” she wrote, “we should focus on who are behind this murder, who planned and ordered it.”

Furious over the Trump administration’s continued military support for Saudi Arabia after Mr. Khashoggi’s killing, the Senate voted to block billions of dollars in arms sales to the kingdom and to the United Arab Emirates, and to cut off military support for Saudi Arabia’s war in Yemen. President Trump, who has close ties to Prince Mohammed, vetoed both measures, pushing ahead with the $8.1 billion arms sale.

Mr. Khashoggi’s killing, and the Saudi kingdom’s attempts to cover it up and change the narrative of how it was carried out, has damaged Prince Mohammed’s international reputation. Saudi officials have insisted the prince had no prior knowledge of the plot against Mr. Khashoggi, and said the killing was not premeditated.

Mr. Khashoggi’s body has not been found.