A pensioner aged 91 who was trapped under a bus with a broken hip had to wait four hours for an ambulance to reach her.

Eileen Jennings, who has Parkinson’s, was left in agony after falling as she disembarked from the bus in Maldon, Essex.

When her partially blind husband Alex, 89, pleaded with passers-by for help, they had to phone 999 five times before an ambulance was dispatched.

Mr Jennings, an Army veteran and retired writer, said the four-hour wait was particularly galling because his wife fell over 500 yards away from a hospital. 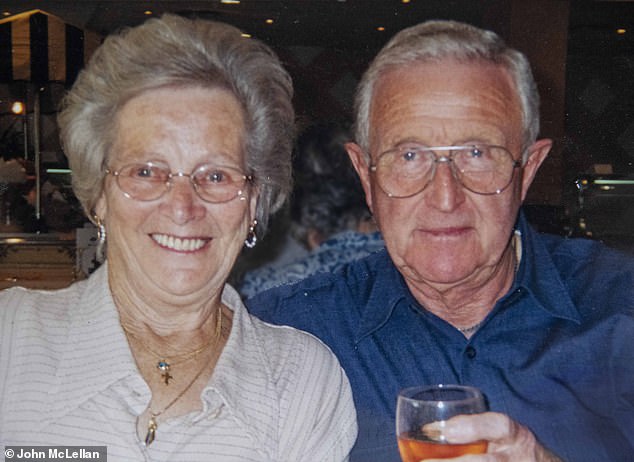 Eileen Jennings, 91, who has Parkinson’s, was left in agony after falling as she disembarked from the bus in Maldon, Essex. Her partially-blind husband Alex pleaded with passers-by for help

She was eventually taken to Broomfield Hospital in Chelmsford, Essex, 14 miles away, where half of her hip was replaced.

Father-of-two Mr Jennings told the Mail: ‘We made five calls stressing the urgency of it but they left a woman of 91 in agony in the rain on the pavement.

‘The ambulance arrived just over four hours later and when we asked what had happened, they said they had misinterpreted the calls.’

Mr Jennings, who lives with his wife of 24 years in Burnham-on-Crouch, Essex said she is ‘disorientated and confused’ after the ordeal on August 28. 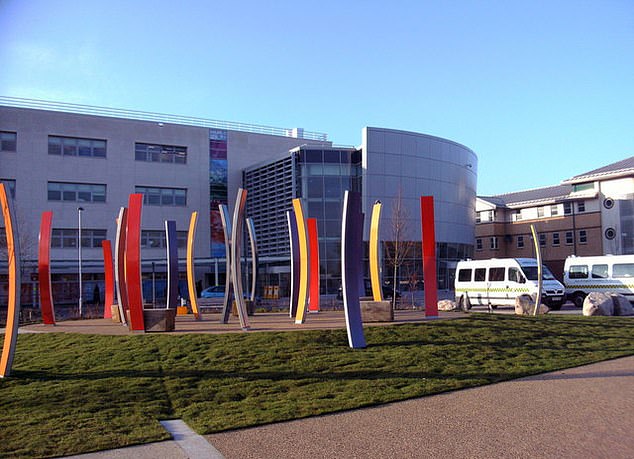 She was eventually taken to Broomfield Hospital in Chelmsford, Essex, 14 miles away, where half of her hip was replaced

She will remain in hospital for a fortnight but he is unable to visit her due to the coronavirus pandemic. The East of England Ambulance Service said it is ‘very sorry’ for the service Mrs Jennings received and the ‘distress caused’.

Emergency response times were the worst on record at the start of the Covid crisis as paramedics faced a surge in demand.

A Mail analysis of NHS England figures from March reveals that thousands of heart attack and stroke victims in London had to wait an average of two hours and 20 minutes for an ambulance.

They are classified as ‘category 2’ calls and should have an 18-minute target response time.

But figures have improved since then. The average waiting time in August for category 2 calls was 16 minutes and 39 seconds.