A school in Westchester has come under fire after a teacher handed out an image to students about the Black Lives Matter movement, comparing modern-day cops to slave owners and the Ku Klux Klan.

Westlake High School educator Christoper Moreno gave his 11th-graders a handout on September 8, on the first day of classes.

The handout included a five-frame cartoon panel titled ‘George Floyd‘, each panel showing a white man kneeling on the neck of a black man from different historical periods.

In the first frame, a pirate is shown kneeling on a black man in chains having been captured, with a ship floating in the background. The second shows a slave owner with a whip. The third is of a member of the KKK, who has a noose around the black man’s neck.

The fourth frame shows a police officer during the segregation era, with the words ‘White Only’ written on the wall over the officer’s shoulder.

Finally, in the fifth frame, a modern-day police officer is kneeling on the neck of the black man, depicting the death of George Floyd at the hands of white cop Derek Chauvin that sparked ongoing BLM protests across the country. 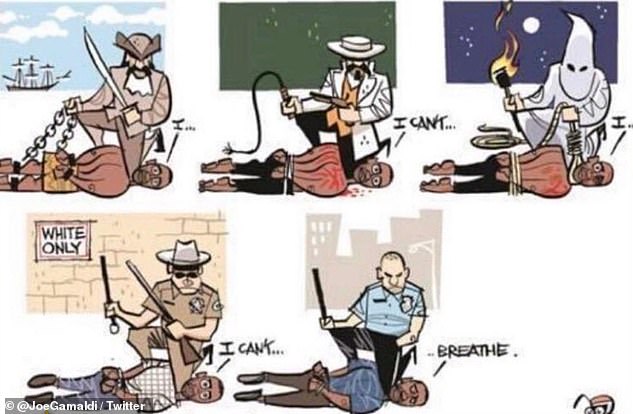 Students at a high school in Westchester were given a lesson handout that included the above cartoon, depicting the death of George Floyd at the hands of white cop Derek Chauvin (bottom right) and comparing the incident to racial oppression during other historical eras

In each frame, the black man is struggling to say ‘I can’t breathe’, the words gasped by George Floyd before his death on May 25 in Minneapolis.

Westlake mother Ania Paternostro told the New York Post: ‘My daughter showed me the paper. I said, “What is this?! You’ve got to be kidding me!” This cartoon compares the police to the KKK. It’s an attack on the police’

Paternostro said that she immediately sent letters protesting the cartoon to Mount Pleasant School District Superintendent Kurt Kotes and Westlake Principal Keith Schenker, whose school is in the district.

‘Enough is enough,’ Paternostro said to The Post. ‘This cartoon is disturbing. We have to respect the men in blue who protect us,’ added the mom of two, a native of Poland.

‘We don’t need a teacher brainwashing my kids. I’ll teach my kids about what’s right and what’s wrong.’

Her daughter Nicole said that she was troubled by the cartoon included in Moreno’s lesson plan, calling it ‘disgusting’ for comparing the police to ‘all the terrible people in history. It wasn’t fair. It wasn’t right,’ she said.

The high school student said she had since been bullied on social media since she made the controversial lesson plan public, and has been called a racist.

In a letter to parents, Kotes said: ‘I want to address an issue that I have recently been advised is of deep concern to many members of our community.

‘Specifically, I have been advised that one of our High School teachers may have recently conducted a lesson that many have deemed to be highly controversial in the current climate.

‘I want to assure the community that the District will be conducting a thorough investigation to determine what exactly occurred in this particular classroom and what, if any, action is to be taken under the circumstances to appropriately address the matter,’ he said.

‘Once the investigation has been completed we will follow up with the community to the extent necessary and legally appropriate.’ 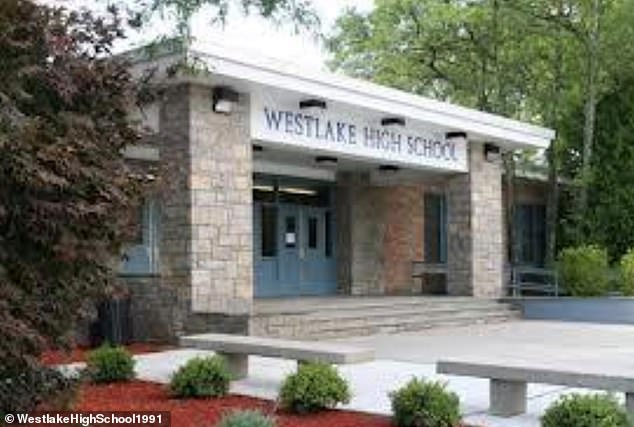 ‘It’s a smack in the face to law enforcement, it’s an absolutely a smear of the police,’ Steve Kardian, a retired Mt. Pleasant police officer and former New York city Department of Investigations prober, said to The Post of the cartoon.

In August, the same cartoon was handed out in a school assignment at a high school in Texas  causing similar outrage, with some parents calling for the teacher who handed the image out to be sacked.

The unnamed teacher tasked eighth grade students at Raymond Cooper Junior High, in Wylie, 30 miles out of Dallas, to write about the cartoon.

The National Fraternal Order of Police’s Vice President Joe Gamaldi, said of the lesson ‘This is abhorrent and disgusting, and only further widens the gap between police officers and the youth in our community.’ 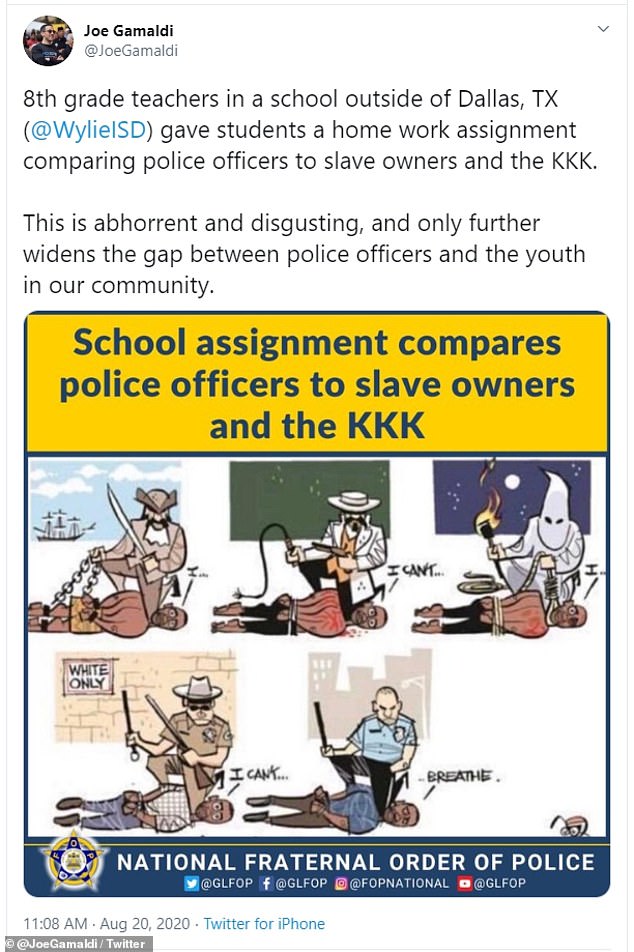 Gamaldi, vice president of the FOP, tweeted in August that the assignment at Raymond Cooper Junior High in Wylie, Texas was ‘abhorrent’

Texas Governor Gregg Abbott also weighed in, siding with the outraged parents, and also called for the teacher who assigned the lesson to be fired.

The cartoon and accompanying lesson, which was shared to 400 students, was taken down, but one parent whose 8th grader son was given the assignment believes the cartoon had been taken out of context.

Kristyn Senters said that she sees the cartoon as more of a commentary on historic oppression.

‘They’re not saying that it’s right or wrong. They’re not even giving their judgment on it. They’re asking the kids to think critically. That’s what we want our kids to do. We want them to be critical thinkers. That’s the job of these teacher,’ Perdomo said. 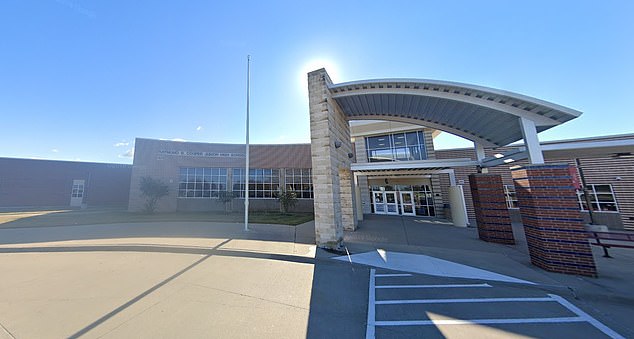 Raymond Cooper Junior High, in Wylie, 30 miles out of Dallas, set the assignment

But Wylie school district apologized for the cartoon. ‘Wylie ISD is aware that a junior high social studies lesson taught at one of our schools included political cartoons that have been divisive in our community,’ they said in a statement.

‘These political cartoons portrayed in this lesson are not part of the district’s curriculum resources or documents. The assignment has been removed, and students will not be expected to complete it.

‘We will continue to work with our staff to ensure content follows the state curriculum.’

They also tweeted an apology, saying: ‘We are sorry for any hurt that may have been caused by a lesson that included political cartoons that reflected negatively on LEOs. We value them and will do better.’