The federal government will invest $1.9billion over the next ten years on new technologies to help reduce Australia’s carbon emissions and slow global warming.

It comes after Mr Morrison outlined plans to build a huge new gas-fired power station in the Hunter Valley to complement Australia’s rapidly growing renewable energy sector, which provides 25 per cent of the nation’s power. 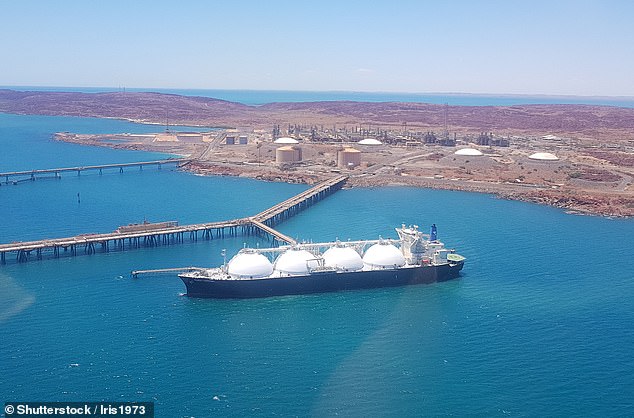 The centerpiece of Mr Morrison’s plan is to build a giant hydrogen export hub worth $70million where the gas can be shipped to countries around the world. Pictured: The Pilbara port in WA 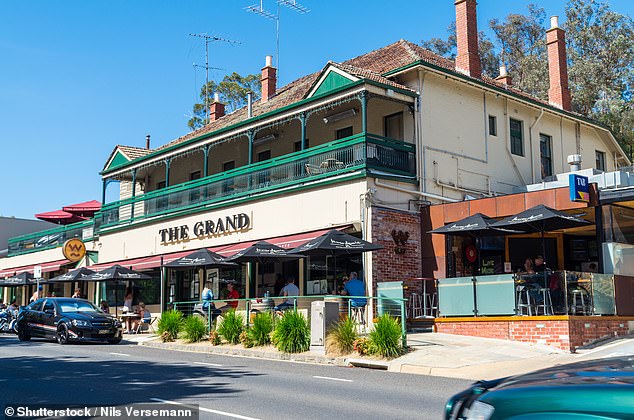 Some $30billion has been invested in renewable energy in Australia since 2017, with dozens of solar power and wind farms popping up around the country.

But Mr Morrison wants to do more to support newer technologies to drive down power bills, create jobs and reduce emissions.

The centerpiece of Mr Morrison’s plan is to build a giant hydrogen export hub worth $70million where the gas can be shipped to countries around the world including Japan, South Korea, Singapore and Germany.

Potential locations include the Latrobe Valley in Victoria, Darwin, north-west WA, Gladstone in Queensland, the Hunter Valley in NSW, Bell Bay in Tasmania and the Spencer Gulf in South Australia.

In the coming years Australia is set to become a major exporter of hydrogen which can be used to heat buildings, power factories and even run cars with no emissions.

Global demand for hydrogen is increasing and Australia has an abundance of it stored in natural gas, coal and biomass. One model predicts the industry will boost the Australian economy by $10billion and generate 16,000 jobs by 2040. 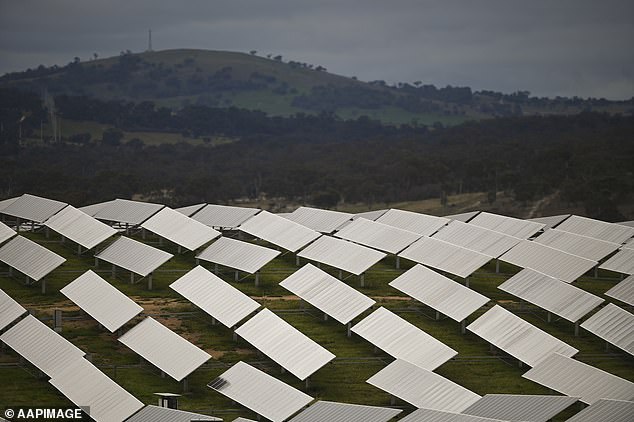 Mr Morrison will also spend $67million on microgrid deployment projects in regional and remote communities across Australia. Microgrids are set up by farmers and mining companies to generate electricity using solar panels (pictured) and batteries instead of diesel generation 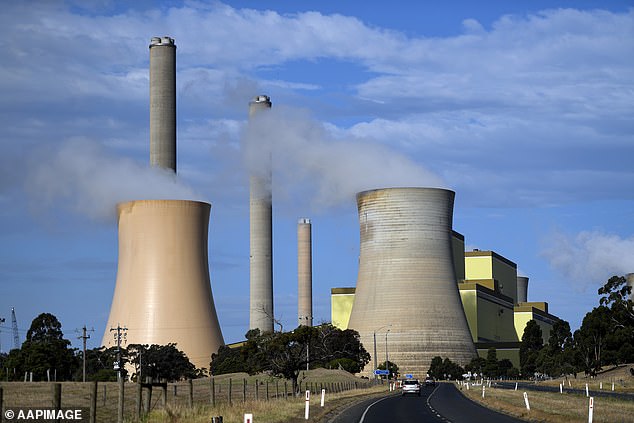 The government will also set up a $50million Carbon Capture Use and Storage Development Fund which will pay for projects to capture carbon emissions. Pictured: La Trobe Valley power station in Melbourne

Microgrids are set up by farmers and mining companies to generate electricity using solar panels and batteries instead of diesel generation. Farms on the NSW Central Coast have been deploying them to reduce their energy costs.

The government will also set up a $50million Carbon Capture Use and Storage Development Fund which will pay for projects to capture carbon emissions.

Carbon capture involves trapping carbon dioxide released from factories and power stations, transporting it on ships or in pipelines and pumping it down into depleted oil and gas fields.

Scientists believe carbon capture can potentially stop half the world’s carbon emissions from being released into the atmosphere.

Potential locations to store the carbon include Moomba in South Australia, the Surat/Bown Basins in Queensland, offshore at Latrobe Valley in Victoria, offshore at Darwin, the Pilbara/Carnarvon Basin in WA and Browse in WA.

As part of the government’s plan, the Australian Renewable Energy Agency will be handed $1.4billion over the next ten years and will be allowed to invest in new technologies such as soil carbon sequestration, carbon capture and storage and the production of green steel, which is made using hydrogen instead of coal.

Mr Morrison said: ‘This will support our traditional industries – manufacturing, agriculture, transport – while positioning our economy for the future.

‘These investments create jobs and they bring new technologies into play. This will not only cut emissions, but deliver the reliable energy Australia needs while driving down prices for homes and businesses.’ 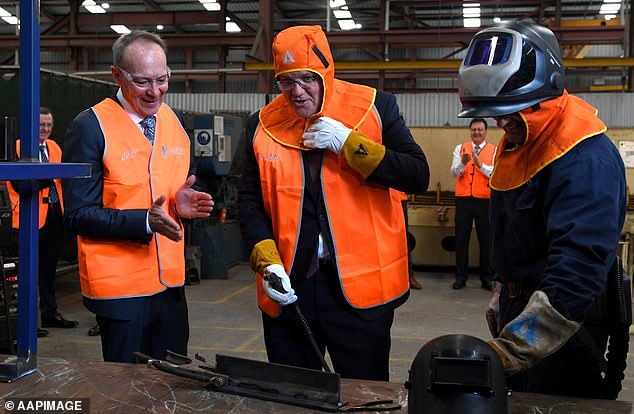 Scott Morrison (pictured welding steel at a factory visit in Newcastle on Tuesday) will invest $1.9billion over the next ten years on new energy technologies

Minister for Energy and Emissions Reduction Angus Taylor said the Coalition would not introduce a carbon price, which former prime minister Tony Abbott repealed in 2014.

On Tuesday Mr Morrison said he stands ready to build a new gas-fired power station in the New South Wales Hunter Valley to keep power prices down as Australia emerges from the coronavirus-caused recession.

The prime minister wants to reform the gas market to stop Aussies getting ripped off while major producers send $49billion of gas a year overseas, mainly to Japan, China and South Korea.

He will require energy companies in New South Wales to makes plans to produce 1000MW of power by April 2021 – and if they don’t he will step in and build a new gas-fired power station at Kurri Kurri in the NSW Hunter Valley.

A new plant there would replace power generated by the Liddell Coal plant which is due to close in 2023.

‘If the energy companies choose to step up and make these investments to create that capacity – great. We will step back. If not – my government will step up and we will fill the gap,’ Mr Morrison said. 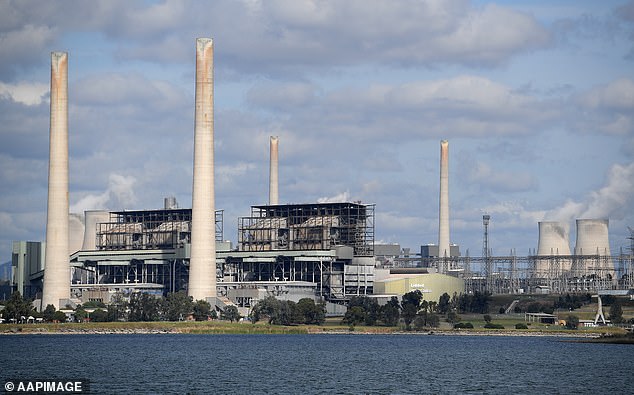