A security officer was shot and killed outside of a credit union in West Oak Cliff.

DALLAS – A security officer was shot and killed outside of a credit union in West Oak Cliff.

Police say two security officers were servicing an ATM when they were approached by a man with a rifle who demanded money.

Witnesses said the suspect shot one of the security officers, 28-year-old Jose Montes, and then got away with duffle bags from the armored vehicle. He left in a white sedan that was being driven by a woman.

Police say the shooter wore a black jacket with “police” written on the back.

Montes was taken to the hospital where he later died. The other security officer was not hurt.

“One of our assistants did see that the guy was on the floor,” she recalled. “I think she got the first aid kit to try and help him out.”

Ruiz didn’t know Montes but had seen him many times.

“I always seen him coming to work I guess because they brought the money to the credit union,” she said. 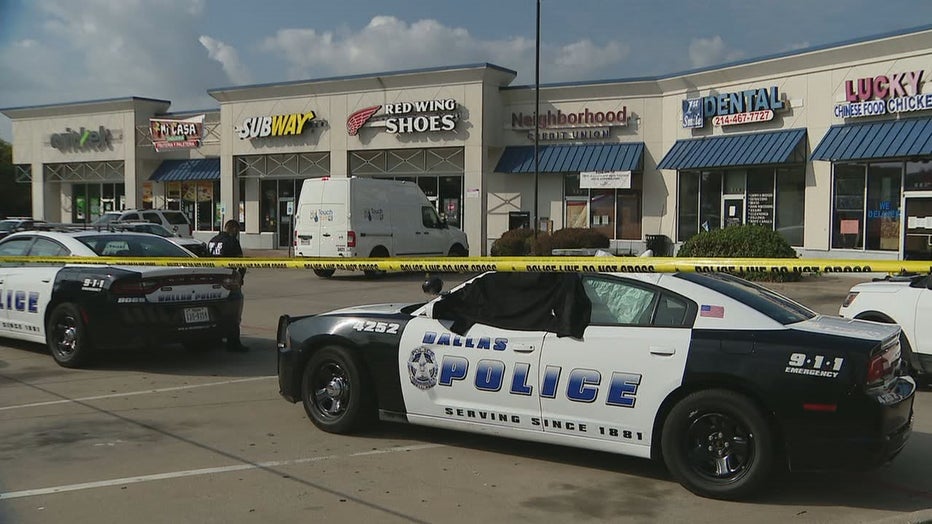 “It’s in broad daylight. They didn’t even wait until the cover of darkness, and it sounds desperate,” said Sgt. Warren Mitchell with the Dallas Police Department. “It’s a shame that, well any crime that you have to shoot anybody is sad. And so our heart goes out to the family of the security officer. We definitely gonna keep him in our prayers, and we ask that you all do the same.”

Sgt. Mitchell said police are still in the early stages of the investigation, collecting evidence and working on a description of the suspects.

“We are combing through any evidence we can. We will not leave any stone unturned,” he said. “So just rest assured that we are looking for all the surveillance videos we can. We’re trying to collect all the evidence we can and we’re definitely trying to talk to all the witnesses we can talk to.”

Dallas police, the special investigative unit and FBI are pouring into the area looking for any surveillance video, possible witnesses or any clues the robber-killers may have left behind.

Anyone with information is urged to contact the Dallas Police Department.