This is the shocking moment a driver inhales suspected nitrous oxide from a balloon while sat behind the wheel.

Dashcam footage shows the motorist driving along a dual carriageway in Gorton, east Manchester, before he stops at a set of traffic lights and begins to inhale the suspected ‘hippy crack’ from a balloon.

Moments later, his passenger begins to inhale from another balloon before throwing a silver canister out of the window. 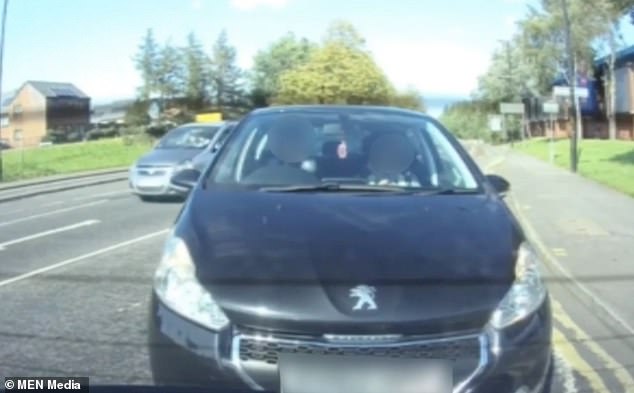 Dashcam footage shows the motorist pull up at a set of traffic lights and begin to inhale the suspected nitrous oxide from a balloon in Gorton, east Manchester 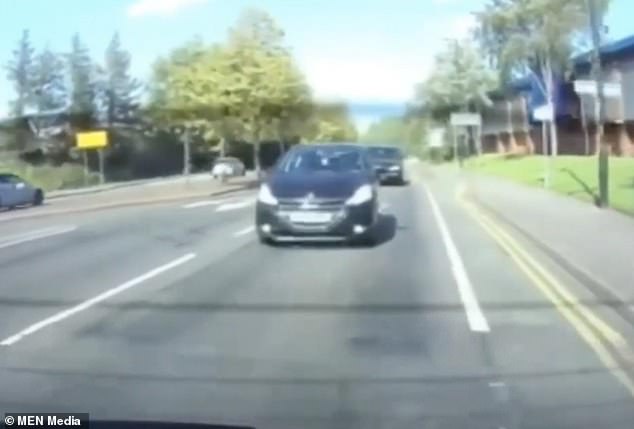 During the clip, which was filmed on September 14, the driver stops at a set of traffic lights and inhales the fumes from the balloon.

His passenger also begins to inhale from a balloon and the pair appear to converse with each other inside the car.

The passenger then throws a silver canister out of the car window and onto the pavement.

Nitrous oxide, which is also known as ‘laughing gas’, is a colourless gas, commonly found in pressurised metal canisters, which is usually inhaled by thousands of young Britons in order to achieve feelings of euphoria, relaxation and calmness.

The drug is listed under the 2016 Psychoactive Substances Act, which means it is illegal to give away or sell, and can lead to users falling unconscious or suffocating from a lack of oxygen.

The gas can lead to dizziness, a deficiency of vitamin B12 and anaemia and regular use can stop users from forming white blood cells properly.

Supplying the drug and trying to produce it can lead to up to seven years in prison. 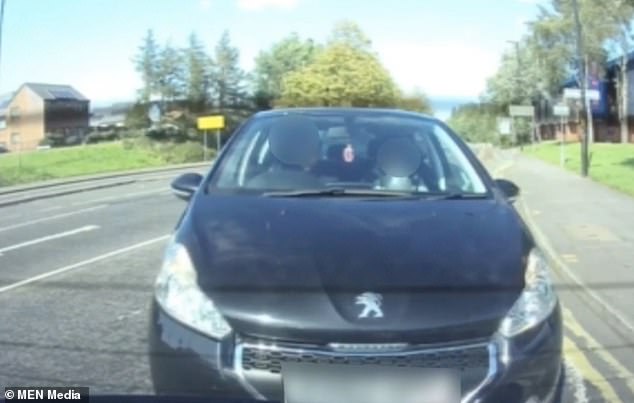 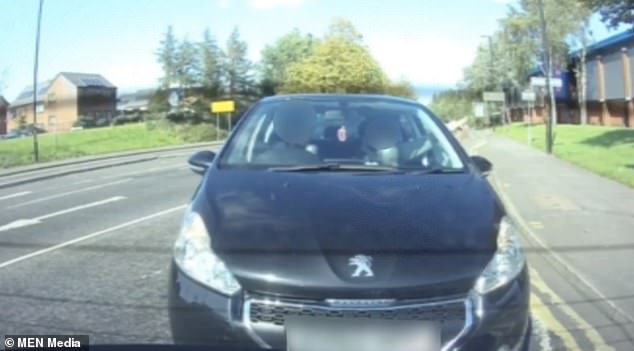 Driving while under the influence of drugs is illegal and can lead to a minimum one year driving ban, an unlimited fine, up to six months in prison and even a criminal record.

Earlier this year ministers were urged to clamp down on the booming craze after leading pharmacists called for a major tightening of the law.

The authors of the British Medical Journal  article – Royal Pharmaceutical Society chief scientist Luigi Martini, Amira Guirguis of Swansea University Medical School, and Mair Davies, former director for Wales at the Royal Pharmaceutical Society – wrote: ‘The frequent presence of silver canisters on our streets – even during the Covid-19 lockdown – is a visible mark of the increasing incidence of nitrous oxide or laughing gas misuse.

‘Tighter regulations around the sale of nitrous oxide online need to be imposed.’