Sigourney Weaver could be seen filming underwater scenes in a wetsuit in new behind-the-scenes snaps from the Avatar sequels.

The Yale University graduate was as spry as ever at 70 as she clung onto the back of a man who was operating what looked like a diver propulsion vehicle.

The pictures were uploaded to Instagram by the official account for the Avatar franchise which has resumed filming in New Zealand. 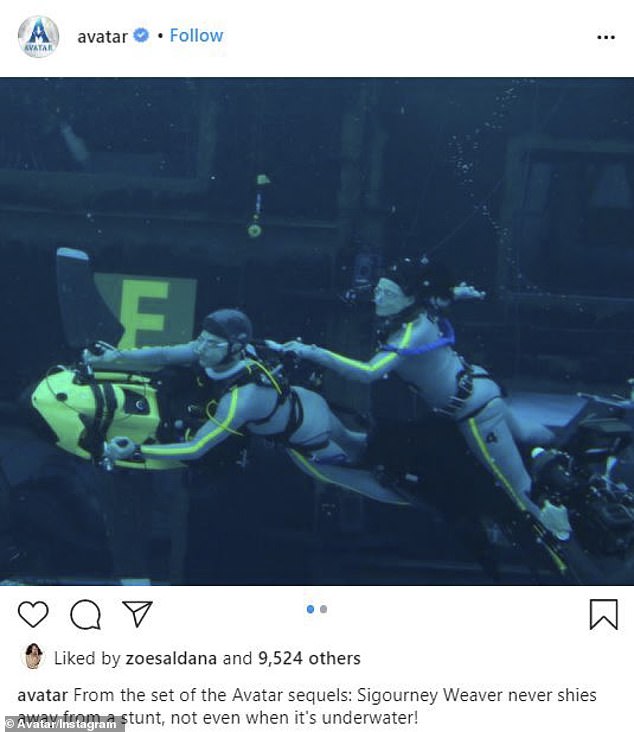 Wow: Sigourney Weaver could be seen filming underwater in a wetsuit in new behind-the-scenes snaps from the Avatar sequels

In another snapshot she could be seen giving the thumbs up to the camera with her face covered in motion capture dots.

She was emerging from what seemed to be some sort of motion capture ball pit, grinning broadly for the photographer.

‘From the set of the Avatar sequels: Sigourney Weaver never shies away from a stunt, not even when it’s underwater!’ read the caption.

The original 2009 Avatar featured Sigourney as Dr Grace Augustine, a human who dies but has her memories saved on the ‘organic computer’ of the planet Pandora. 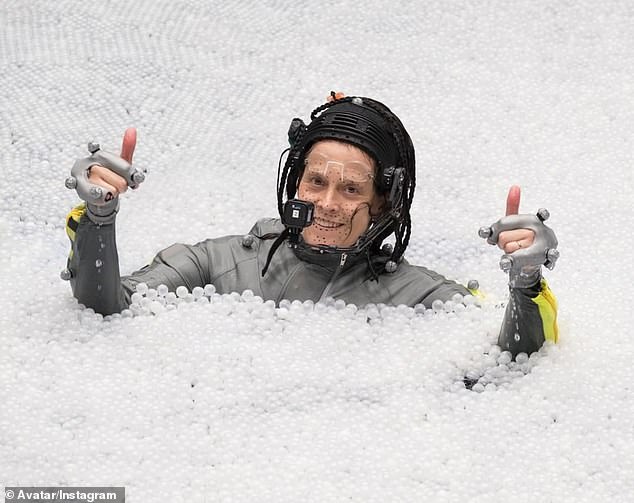 Fit as a fiddle: In another snapshot she could be seen giving the thumbs up to the camera with her face covered in motion capture dots

Back in 2014, when three Avatar sequels had already been announced, Sigourney hinted at how she would be brought back.

‘It will be challenging for me. I can’t talk about it, but my part is a little different in each one. I’ll transform somewhat,’ she dished to Vulture.

The Avatar films are helmed by James Cameron, who previously directed Sigourney in their legendary 1986 film Aliens.

James is bringing his Titanic star Kate Winslet into the Avatar franchise for the sequels and she recently revealed that she had to film underwater for them too. 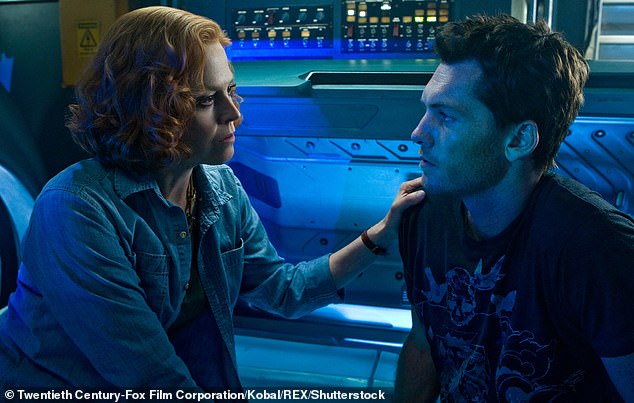 there she is: The original 2009 Avatar featured Sigourney as Dr. Grace Augustine; she is pictured alongside the movie’s leading man Sam Worthington

‘I had to learn how to free-dive to play that role in Avatar, and that was just incredible. My longest breath hold was seven minutes and 14 seconds, like crazy, crazy stuff,’ Kate dished to The Hollywood Reporter.

‘It’s hard doing scenes with special effects,’ Sigourney admitted while promoting Aliens to the Los Angeles Times before its release.

‘I can do it out of my imagination, but it gets hard when two stunt men are hanging out of the alien and the camera crew is cracking jokes,’ she explained.

‘You have to pull yourself away and try to continue to react properly. I don’t think special-effects work unless the actor can sell those effects to the audience.’ 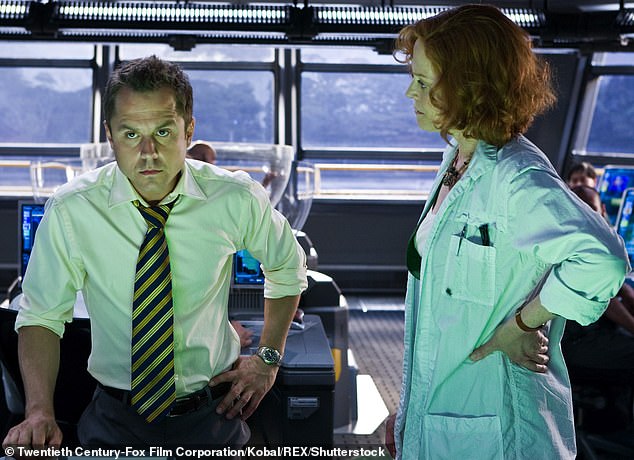 Details: Her character is a human who dies but has her memories saved on the ‘organic computer’ of the planet Pandora; pictured with castmate Giovanni Ribisi

There are now four Avatar sequels in the works, and their release dates have had to be shuffled about because of the coronavirus lockdowns.

James arrived back in New Zealand at the end of May to resume production on the sequels after it was suspended over the pandemic.