Sinéad O’Connor has revealed she’s training to be a ‘death midwife’ after seeing her friend die – because she believes she let him down ‘very badly’ because she was too frightened to ‘snuggle’ with him at the end.

The Dublin-born singer, 53, who goes by Shuhada Sadaqat since converting to Islam, told RTÉ Radio’s Ryan Tubridy show that her decision was related to the passing of her companion five years ago that led to a greater interest in end-of-life care.

Revealing, it’s something she’s wanted to do since childhod, Sinéad said she’s now finally found the time after her upcoming shows were cancelled due to Covid-19.

She will start a one-year health care diploma later this month ahead of becoming a ‘death midwife’ – who offers practical, emotional and spiritual support to a person nearing the end of their life, 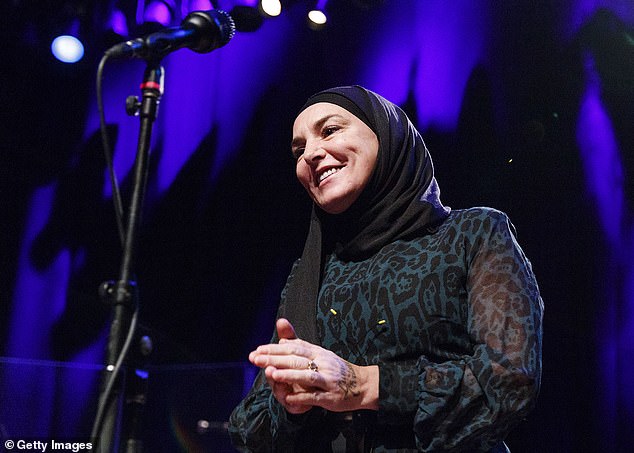 Speaking on the show, she said: ‘It’s not that I’m rushing to the front line, at all. I’m learning how to use Word. It’s that early in the game.

‘First I’ve got to find out if I can write an assignment and can I do the practical work.’

The singer, who starts the online diploma course on 28th September, explained that she’d had a ‘whole year of shows booked’ that were cancelled due to the global Covid-19 pandemic.

‘I wanted to do this course for a few years, but I never could find time free from touring, so I’m making use of the fact that I’m unemployed for the year,’ she said.

‘It’s something I’ve wanted to do since I was a child.’ 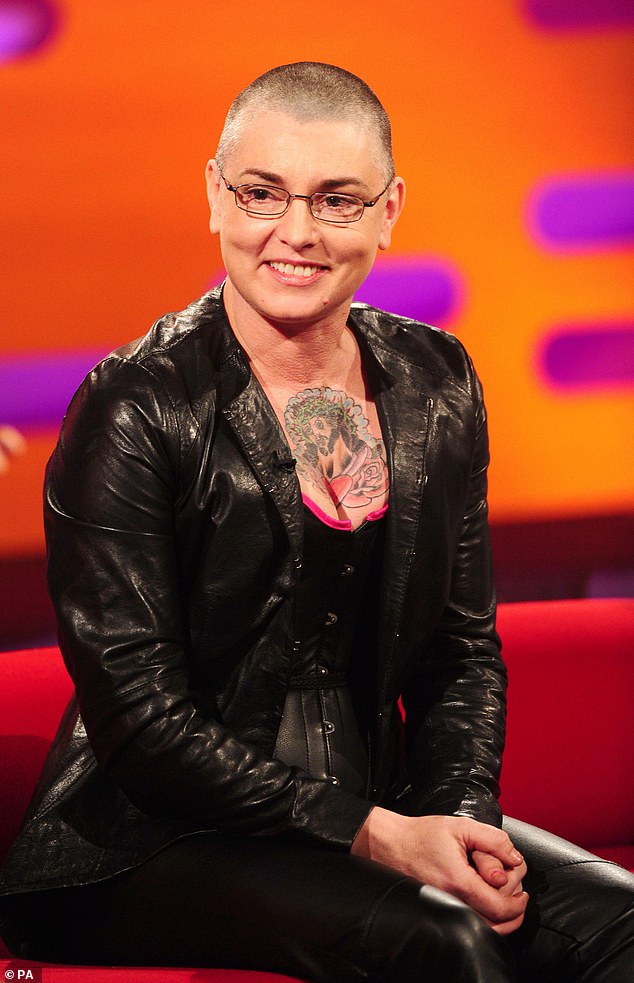 The Glenageary-born singer (pictured in 2012), 53, who goes by Shuhada Sadaqat since converting to Islam, told RTÉ Radio’s Ryan Tubridy show that her decision was related to the passing of her companion five years ago that led to a greater interest in end-of-life care

She added that one of the main reasons behind her decision was the passing of one of her close friends.

She candidly confessed: ‘A huge impetus for me was one of my best friends in the world died about five years ago, and he asked me one night would I sleep in the bed with him when he had found out he was dying, and I told him I would.

‘But in the end I was too frightened and I didn’t, and I felt since then that I would never leave a person alone feeling frightened. I let my friend down very badly. That’s one of the more personal reasons.

‘I didn’t leave him alone for days – there were other people in the house, but I didn’t get into the bed and snuggle with him like he wanted because I was frightened,’ she said.

‘I was frightened of death and dying, of him dying. I’m sure all the training goes out the window when it’s someone that you are so closely attached to.’

Following her one-year diploma, Sinead said it would take a few more years before becoming a ‘death midwife’.

‘I imagine it will be three or four years before I’m ready to do the work I want to do. Which is more or less being a death midwife,’ she said.

‘There’s a movement of these people called death midwives where they work with people who are frightened. The first step in becoming a death midwife is getting a diploma.’