The new device, which is an update of the original Xperia 5 released last year, has been designed for photographers who want to ‘capture cinematic masterpieces’.

It includes the world’s first 4K HDR 120fps slow-motion movie recording in a smartphone, which can can capture and playback up to 5x slow-motion when recorded at 24 frames per second.

The phone is also ‘built for gaming’ with a 120Hz refresh rate – meaning the display refreshes 120 times a second for smooth on-screen action.

Xperia 5 II is described by the Japanese firm as the most compact Xperia ever, measuring 2.6 inches in width and just 0.3 inches in depth.

It’s been designed specifically for one-handed use – with a softer shape on the corners to fit more comfortably in the hand.

The phone is available to pre-order in black and blue in the UK and Ireland and will be shipping from autumn 2020. 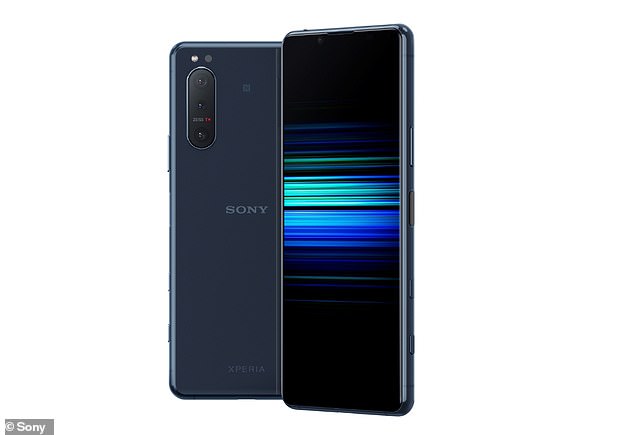 ‘Sony’s heritage has been rooted in technology and engineering, and our portfolio has expanded to include the field of entertainment from music, movies, games and much more,’ said Sony Mobile president Mitsuya Kishida.

‘With this unique background, Xperia smartphones are feature-packed with Sony’s advanced technologies in a compact body, with a profound passion to push the boundaries of what is possible.’

Xperia 5 is intended to offer an alternative to its premium Xperia 1 range.

The AI-based ‘Real-time Eye AF’ system identifies and tracks the most expressive part of a subject’s face, even animals, as they’re moving.

‘Whether you’re photographing fast-moving people or animals, Real-time Eye AF makes sure the most expressive part of the face takes centre stage, even when one eye is covered or the person is moving quickly.’ 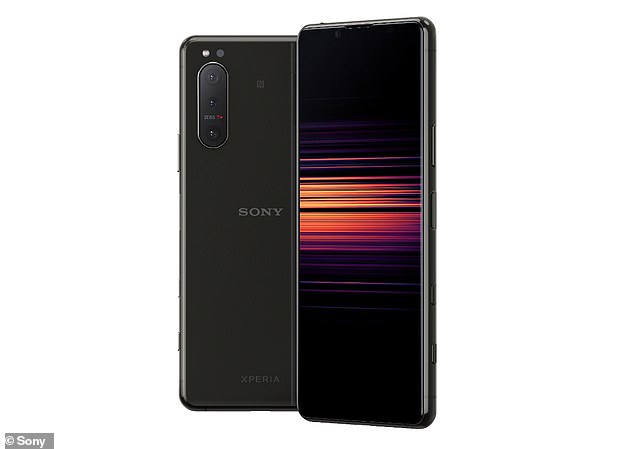 It has a 21:9 aspect ratio display, wider than conventional displays, revealing more of the action, which gives first-person shooter players an advantage, for example.

The phone’s gaming features have been developed with professional e-sports gamers to ensure the best experience, according to the company.

Touch response has also been improved by 35 per cent compared with the original Xperia 5.

As a bonus, users can connect a PlayStation 4 DualShock wireless controller and play Android games using the phone as the screen. 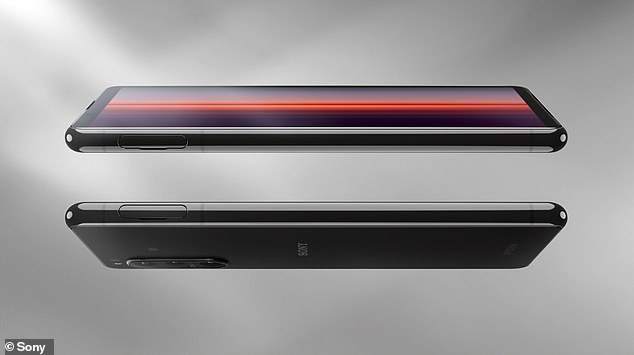 Sony claims the 21:9 aspect ratio also makes it a good choice for film lovers who want to recreate the cinema experience in the palm of their hand.

The triple lens camera has three focal lengths – 16mmt, 24mm and 70mm – and lets users zoom in on distant subjects.

Other features include a 3.5mm audio jack, 8GB RAM and front-facing stereo speakers.

In terms of power, a fast charge capability charges the battery up to 50 per cent capacity in 30 minutes.

Battery life has also been improved by 20 per cent compared to the original Xperia 5 – however, the device does not support wireless charging.

‘With a strong heritage in developing battery technologies to improve the battery lifespan, Sony can confidently say that Xperia 5 II will have a healthy battery even after two years of usage,’ Sony said in a statement. The hotly-anticipated console will be launched on November 12 in the US, Japan, Canada, Mexico, Australia, New Zealand and South Korea.

It will launch in the rest of the world, including the UK, on November 19.