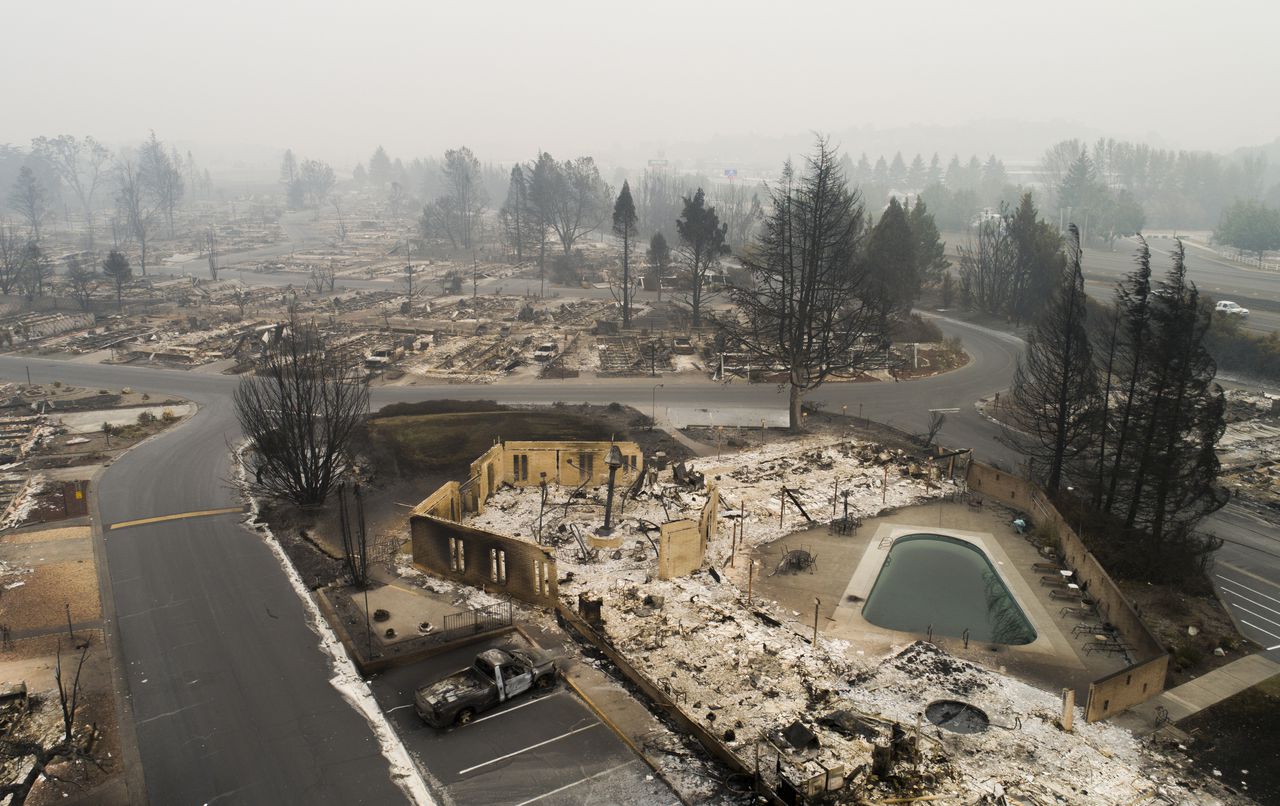 Fifty people remain unaccounted for in the aftermath of the Almeda wildfire, which leveled entire neighborhoods in the small towns of Phoenix and Talent.

Rich Tyler, spokesman for the Oregon State Fire Marshal, stressed the number is fluid and subject to change as officials work to track down displaced residents.

“This is a snapshot in time,” Tyler told The Oregonian/OregonLive on Friday morning. “They are still working through the list. This is dynamic. This snapshot in time is going to change in the next hours and as they make phone calls and are in communication with people.”

Later Friday, a top state official acknowledged that Oregon is preparing for a “mass fatality incident.”

But Andrew Phelps, head of the state Department of Emergency Management, said he had no idea yet of the scope. Firefighters are still working to evacuate people and start to control the fires.

“Our firefighters are focused on saving lives and we want them to stay focused,” Gov. Kate Brown said.

Heavy smoke hung like an acrid fog over southern Oregon as the region continues to confront wildfires still burning in the area. Tyler said the Almeda fire is now 50 percent contained. A second wildfire, South Obenchain, continues to burn unchecked near the rural communities of Butte Falls and Shady Grove, he said.

Wildfires affecting tens of thousands of Oregonians have burned more than 1 million acres, or nearly twice the yearly average over the past 10 years, in just the past week, state officials said.

Gov. Kate Brown this week warned people to expect massive loss of homes, businesses, other property and human lives. Statewide, it is unclear how many people are unaccounted for as a result of the fires.

U.S. Sen. Ron Wyden said he has been asking local officials across western Oregon about the number of missing, injured and dead, but has not heard any specifics yet. One of the first steps is identifying the people who simply stayed the night at somebody else’s house and are not actually in danger.

“People obviously are still in the pretty early stages of trying to locate people,” Wyden said at the Salem Fairgrounds, one of his stops on a tour of the state’s fire-stricken areas. “At every stop, we are inquiring about that.”

Tyler said efforts to winnow the list of missing people remains a priority.

“This is a tragedy,” he said. “We are going to continue to work through it. We really appreciate everybody’s patience as we work through the process and deal with the fires.”

Arthur Duszak, 80, lived in Royal Oaks Manor, a mobile home park in Phoenix. He was working in his garden when police issued orders to evacuate on Tuesday. His home was leveled. He got out and now wonders if all of his neighbors did the same.

“There were some who didn’t want to go,” he said. “I don’t know if they left later or they are no longer with us.”

Sandra Spelliscy, the Talent city administrator, said authorities are hearing from people who can’t track down their loved ones.

Fueled by strong winds, the ferocious Almeda wildfire torched a path from Ashland through Talent and Phoenix and into the edge of Medford.

Officials in Phoenix estimate the fire destroyed 1,000 residences, a mix of mobile or manufactured homes, apartments and homes. Several miles south on Oregon 99, the community of Talent lost an estimated 600 homes.

In all, leaders say more than 2,000 residents, many of them elderly and low-income, lost their homes this week.

Officials have confirmed two fatalities from the southern Oregon fires, though they expect the death toll to rise given the fire’s speed and intensity.