SpaceX CEO Elon Musk announced on Twitter that the SN8 Startship rocket is set to launch 60,000 feet into the air – the highest any of the prototypes have flown.

The craft will also be the first to sport flaps and a nose cone, which are currently under construction but are said to be ready by next week for the flight test.

SN8 follows its predecessors, SN5 and SN6, which have successfully completed 500-foot ‘hops,’ along with controlled landings.

Musk shared on the social media platform that the event will see a static fire test of the Raptor engine.

It has been rumored that the SN8 will contain three Raptor engines.

SpaceX CEO Elon Musk announced on Twitter that the SN8 Startship rocket is set to launch 60,000 feet into the air – the highest any of the prototypes have flown. The craft will also be the first to sport the flaps and nose cone, which are currently under construction, but are said to be ready by next week for the flight test

On the day of these test flights, SpaceX has to shut down the roads surroundings its facility in Boca Chica, Texas.

The firm will conduct a series of tests including static fire, which is crucial to undergo before launching.

SN8 will also be the first of SpaceX’s prototypes to be fitted with flaps that are used for steering and the nose cone, which will one-day hold cargo and humans traveling into space.

The firm is expected to use three of its massive Raptor engines to launch the 260,000-pound rocket 60,000 feet into the air, which is set for some time next week. 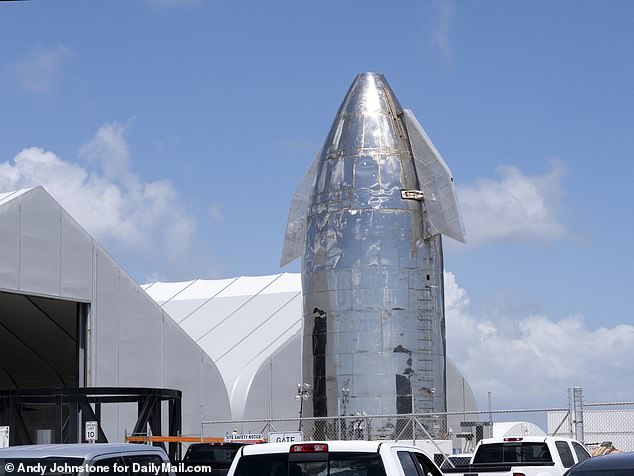 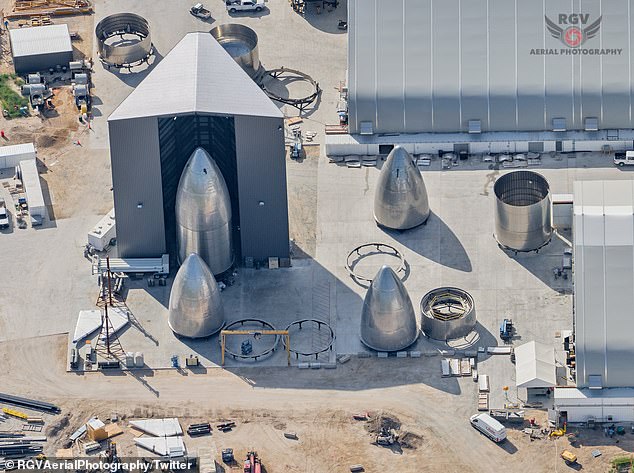 Unlike its predecessor, which struggled to get airborne, SN6 took off faster this time around.

CEO Elon Musk shared a tweet following the event: ‘Turns out you can make anything fly haha.’

The rocket made a safe landing after the hop, but came down on angle and was leaning on the launch pad.

Musk said during a virtual conference earlier this month, ‘we’re making good progress,’ in regards to the construction of the massive craft.

‘The thing that really impedes progress on Starship is the production system,’ he said during a virtual Humans to Mars summit.

‘A year ago there was nothing there and now we’ve got quite a lot of production capability. So we’re rapidly making more and more ships.’ 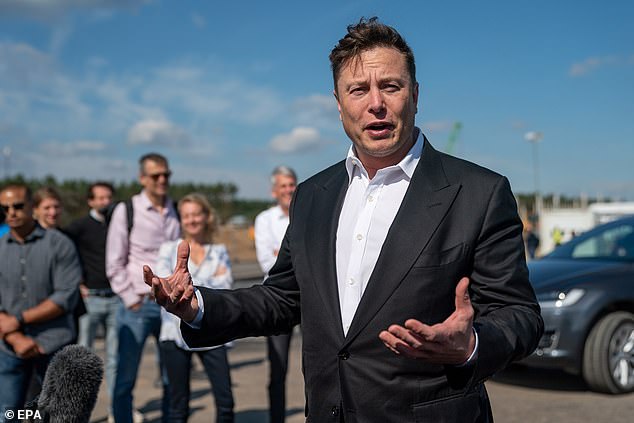 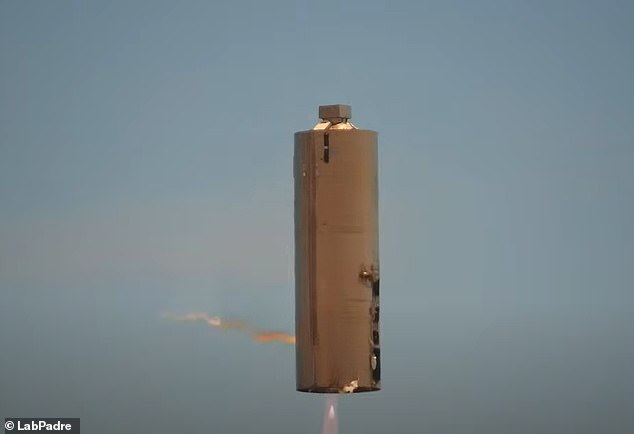 This is the second hop a Starship has made, but several previous prototypes exploded during ground tests, in a learning process of trial and error.

Each failure has taught SpaceX valuable lessons to inform design and material changes, Musk said, adding that such changes are already being worked into SN6, SN7, and SN8 prototypes, which are currently in various stages of assembly within the Boca Chica site.

Musk previously said the lifetime of each Starship will be around 20 to 30 years, ‘like an aircraft’.

Around three Starship flights will launch from Earth per day, or around 1,000 flights a year, and each will have a capacity of more than 90,000 pounds, according to the billionaire.

By continuously ferrying people the 180 million miles to Mars, Musk is predicting 1,000 human inhabitants by 2030 and ‘maybe around’ one million by 2050.

Musk unveiled the first Starship prototype in 2019 and had hoped the rocket would be soaring in low orbit by March of this year and have people inside by the end of 2020.