Steps are reportedly £66,000 out of pocket from their 2018 tour, after not being paid by Live in the UK Limited.

According to a report from The Mirror on Tuesday the group were among the creditors for the company, which went into voluntary liquidation last month.

The quintet, consisting of Claire Richards, Lisa Scott-Lee, Faye Tozer, Ian ‘H’ Watkins and Lee Latchford-Evans, announced on Monday that they were reuniting once again for a new album and nationwide tour in 2021. 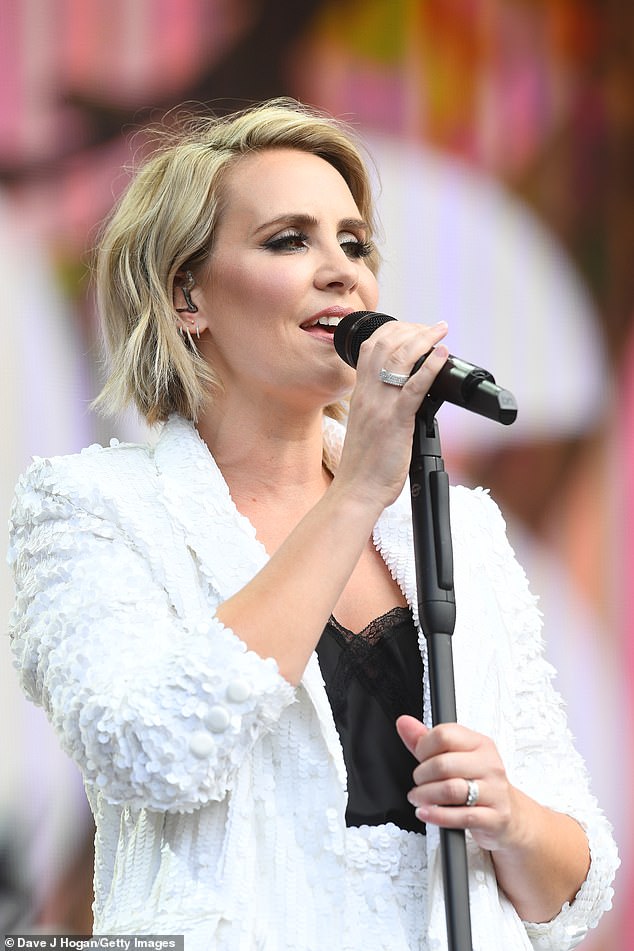 The publication claimed that the money owed to the band came from their Summer Of Steps tour, as sources said Live in the UK promoted a number of the shows.

It was reported that the company also worked with Tom Jones and Westlife, though it is unclear how they may have been hit financially by the company’s liquidation. 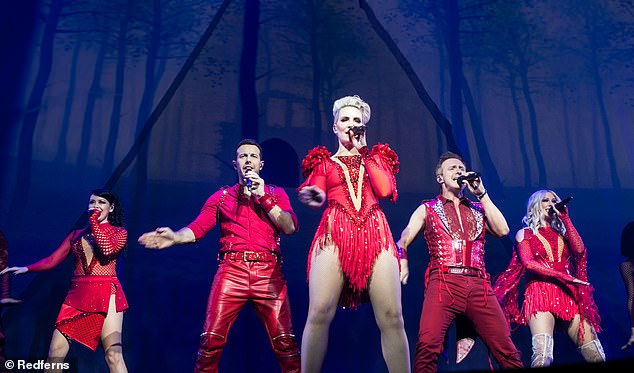 Debt: According to a report the group were among the creditors for Live in the UK Limited, who is said to have promoted their 2018 Summer Of Steps tour and allegedly not paid the band

The group announced their new album on Monday with a series of cryptic posts spelling out their iconic name, before confirming rumours they’re set to join forces once again for a new album.

Steps teased that their latest tour would be their ‘biggest spectacle yet’ as they join forces with stars including Sia to pen singles for the album.

The band first teased their new music by each tweeting an illuminated letter, which when put together spelled out their name. 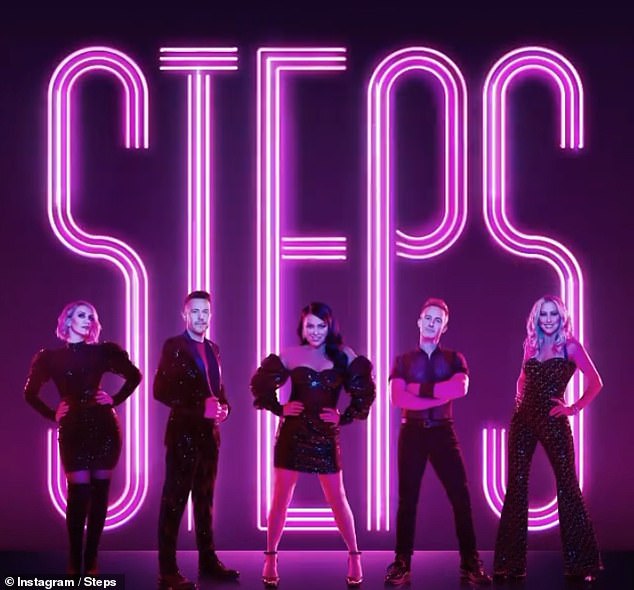 After their respective posts a snap showed the members together, as they confirmed their album would be released in late November.

The caption said: ‘We couldn’t keep it a secret any longer!!

‘Our new album What The Future Holds arrives on November 27th, and it’s available to pre-order from 8am tomorrow!’ 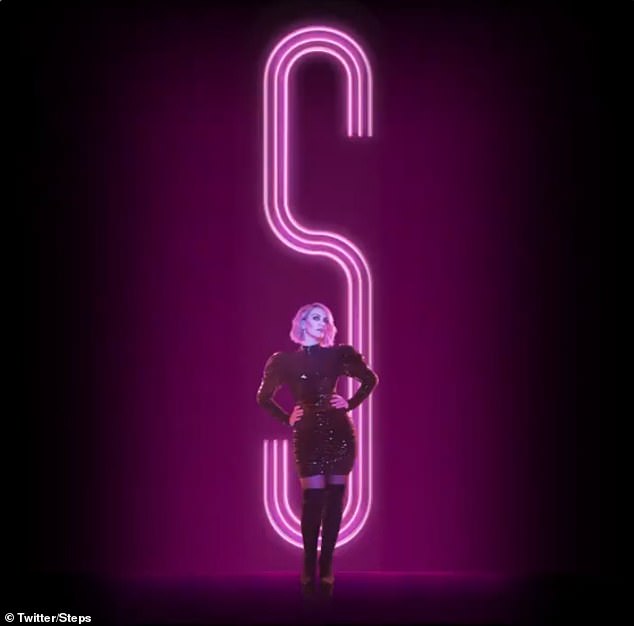 Exciting: The group first teased their new venture by each sharing a video spelling a letter from their iconic name (pictured: Claire) 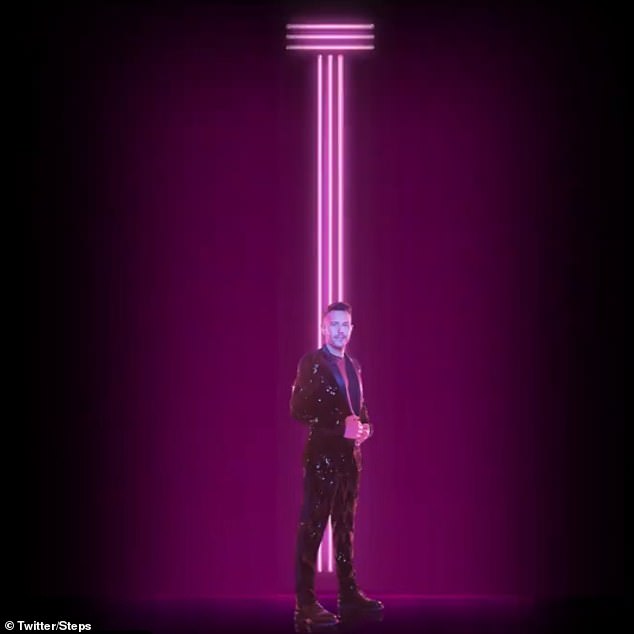 Great response: The short clips have been seen over 120,000 times at the time of writing, with fans eagerly sharing their excitement in the comments (pictured: Lee) 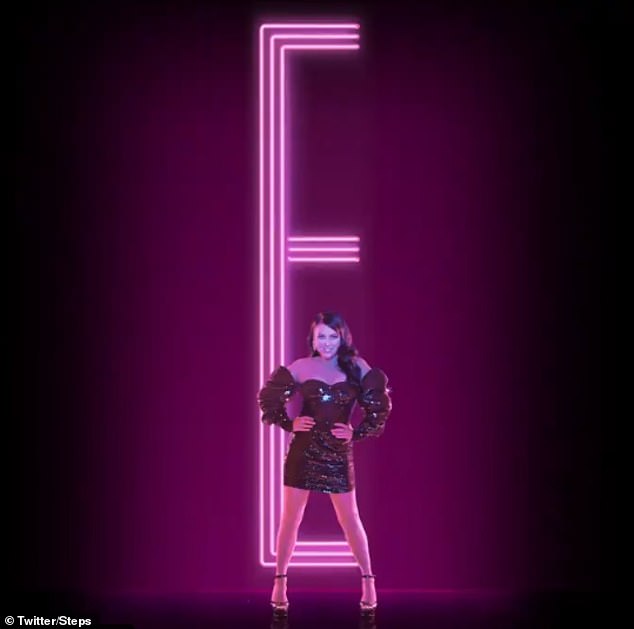 Clues: Teasing their new music, one post read ‘One foot in the past…’ as another completed ‘…one foot in the future’ (pictured: Lisa)

The band went onto gush that they couldn’t wait to go back on the road for their tour.

They said: ‘We will never forget the past with Steps, it’s what made us, but we’ve got to look to the future too. We were so thrilled that the last album was a success and it gave us a new lease of life.

‘Performing live has always been our favourite part of being in Steps – we had the most fun of our career on the last tour and we’re already planning for the next one to be our biggest spectacle yet.

‘We’re also thrilled to have Sophie Ellis-Bextor as our special guest on the What The Future Holds 2021 Tour – her catalogue is full of floor-fillers and she knows how to get any party started.

‘We are so excited for everyone to hear this new album and to come join us on tour.’ 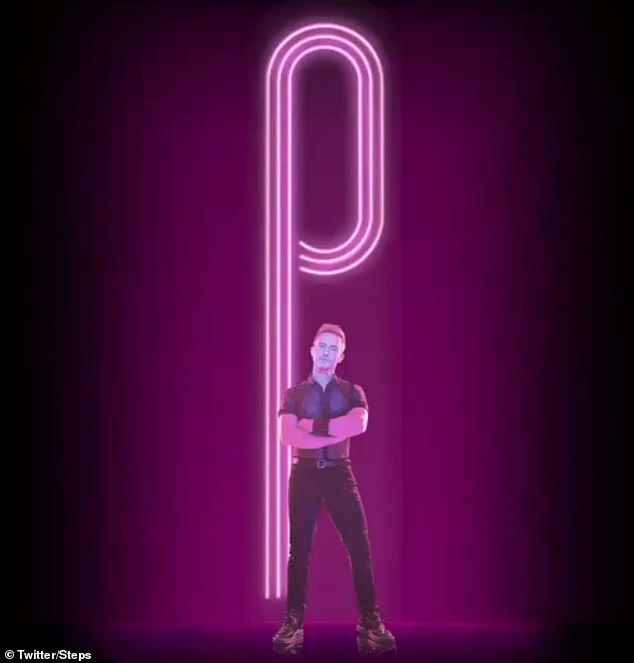 Collaboration: It was also revealed that the group’s new track was written for them by pop superstar Sia, and they found was an ‘amazing’ experience (pictured: Ian) 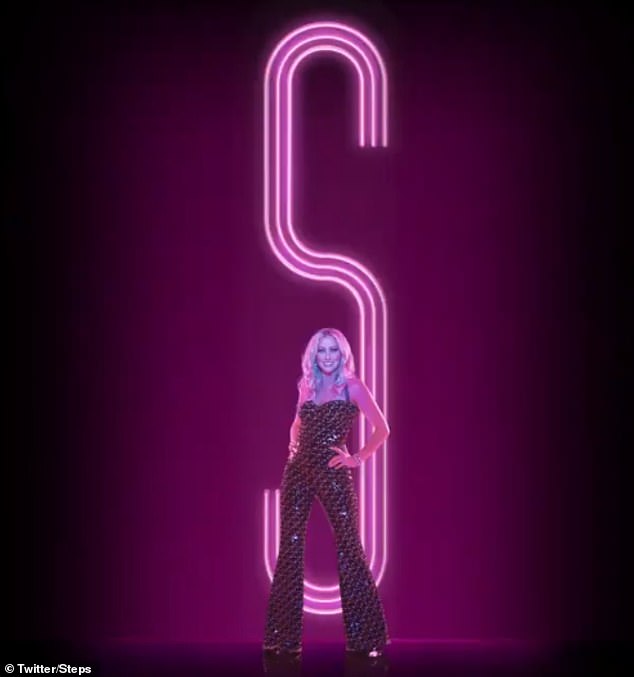 What The Future Holds sees them reunite with writers including Fiona Bevan (One Direction, Lewis Capaldi), Ina Wroldsen (Shakira, Britney Spears) and Karl Twigg (who worked on their first three albums).

The short clips have been seen over 120,000 times at the time of writing, with fans eagerly sharing their excitement in the comments.

It’s also been revealed that the band worked with Australian hitmaker Sia for their newest dance track, which the band described as an ‘amazing’ experience. 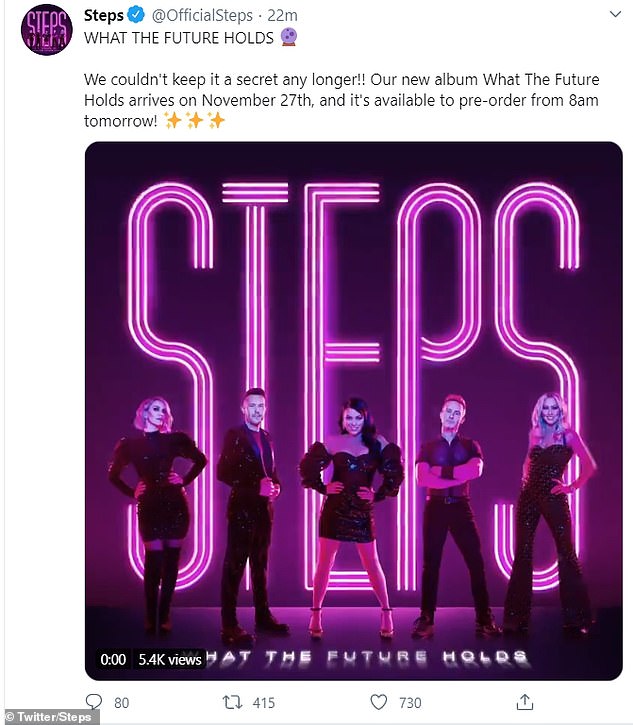 Comeback: The band premiered their new single on BBC Radio 2, with their tour set to take place later in 2021 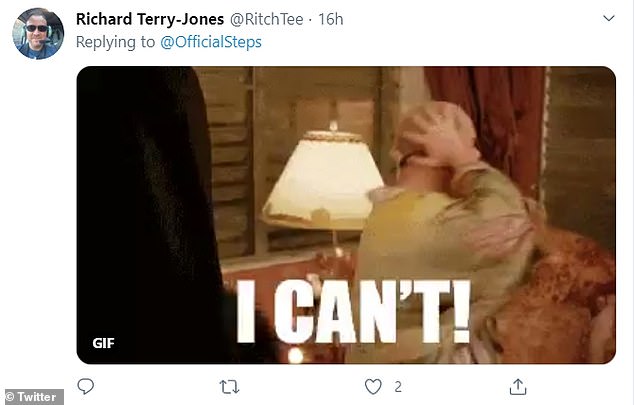 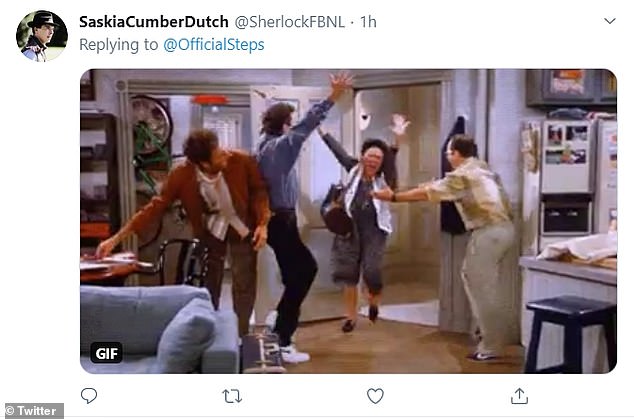 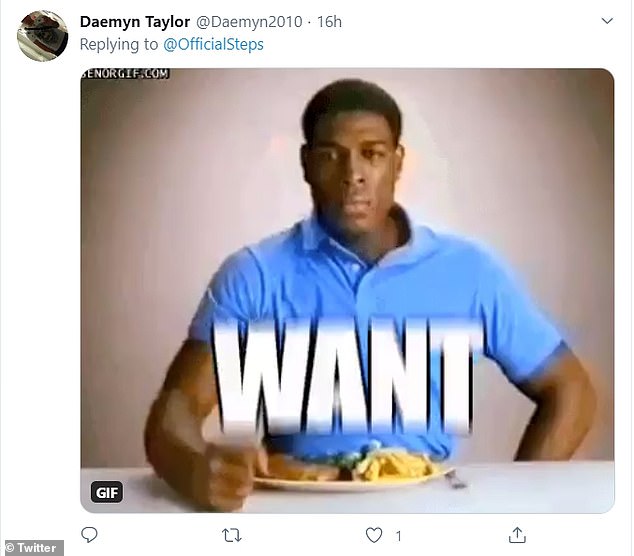 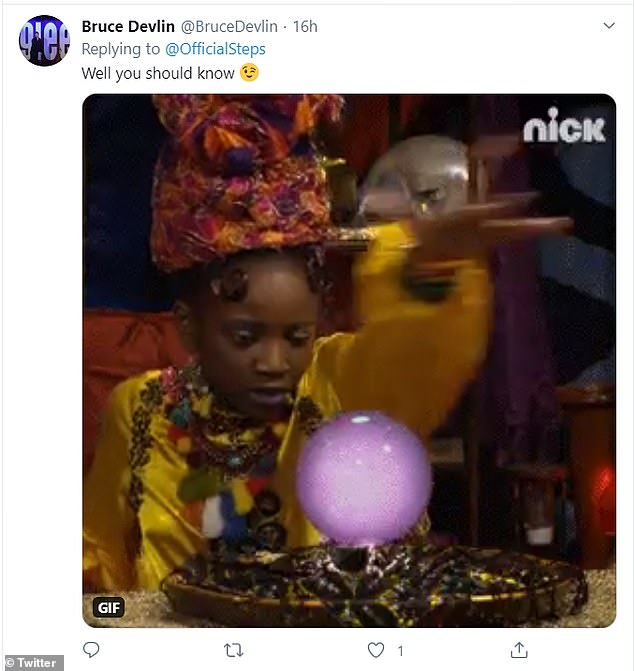 Over the moon: Fans couldn’t contain their excitement following the band’s news and took to Twitter to share a slew of celebratory posts

Claire said: ‘She wrote the track for herself but realised it wasn’t really for her and gave it to us.

‘It’s not like it was in the bottom of a drawer somewhere. It was her who said, ”We should give this to Steps because it would really suit them”.’

Lisa gushed about the opportunity to work with the singer: ‘I am such a huge Sia fan. Her music is completely up my street, I have so much admiration for her as an artist and a songwriter so I’m in pop heaven.’ 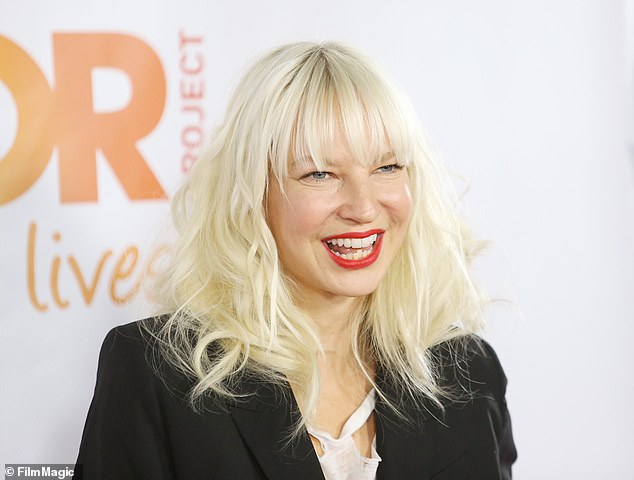 Hand-picked: Claire said Sia (pictured in 2013) ‘wrote the track for herself but realised it wasn’t really for her and gave it to us’

In response to the announcement, one eager fan wrote under the post on Twitter: ‘Omg thank you for blessing us and bringing joy to the year (sic)’

Whilst another shared: ‘November is set to be one AMAZING month! I’m limbering up for the dance routines already #Steps2020 (sic)’

A third wrote: ‘I cannot wait for this!! So excited … I have been waiting for new music from you guys for a long time. Let’s hope a tour can be done in the future Xx (sic)’

Steps last reunited in 2017 with their album Tears On The Dancefloor, which saw them release single Scared Of The Dark.

Steps split in 2001 after achieving fourteen consecutive top 5 singles, sold over 20 million records and reached Number One with three albums and three singles.

They are BRIT award winning and hold the record for the most consecutive sold-out nights at Wembley.

After a brief reunion in 2011, they embarked on a sell-out 12 date arena tour and the releasing their fourth album, before going on hiatus.

Steps dominated the charts in the 90s and early 00’s with hits such as 5,6,7,8, Tragedy, Better The Devil You Know and Love’s Got A Hold Of My Heart. 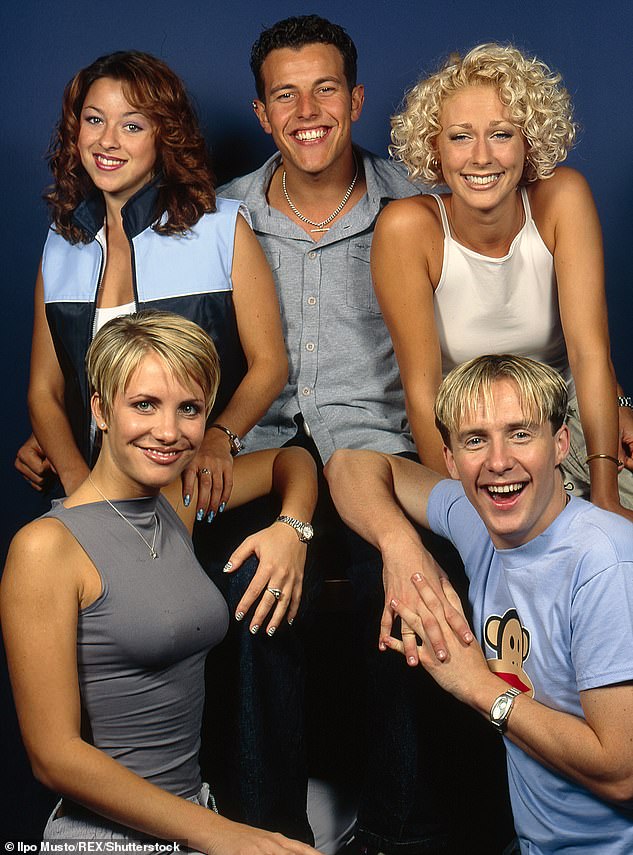 Stars: Steps split in 2001 after fourteen consecutive top 5 singles, sold over 20 million records and reached Number One with three albums and three singles (pictured in 1998)