Steve Martin has learned how to make the mask look work for him.

‘I always wear a mask when I go outside. But something about it was leaving me anxious and unsettled,’ wrote the 75-year-old.

‘I thought about the problem, addressed it, and here is the solution,’ he concluded, adding a picture showing just what he meant. 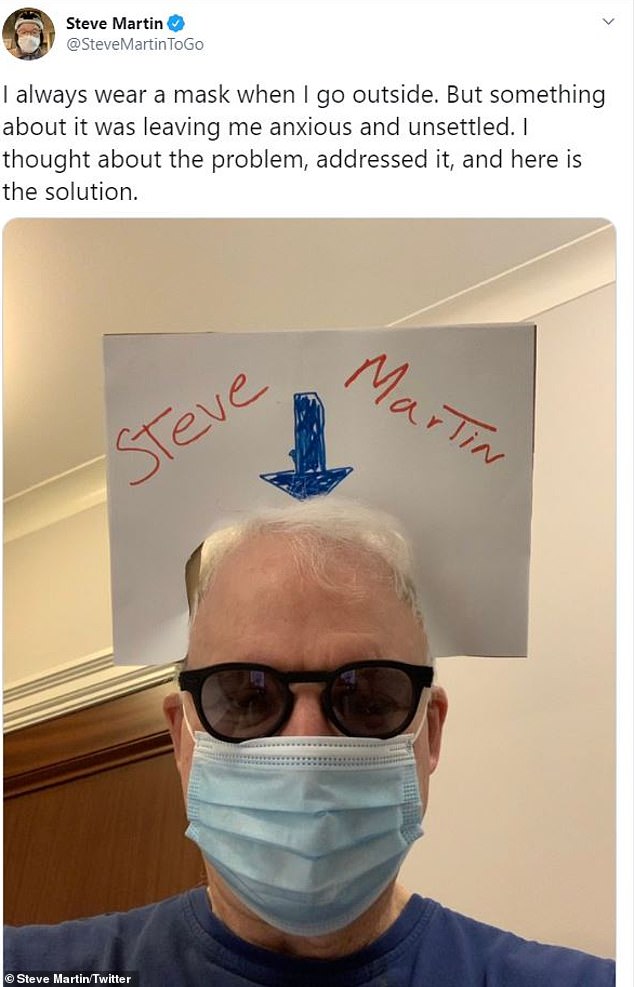 Still got it: Steve Martin has learned how to make mask-wearing work for him, he revealed in a funny tweet this weekend

The comedy icon was pictured wearing a mask, with a giant sign over his head that read: ‘STEVE MARTIN’ and had an arrow pointing down toward his face.

His picture got multiple replies remarking on how it reminded them of his old stand-up bit with an arrow through his head.

The bit became so beloved by his fans that while playing the Universal Amphiteatre in the late 1970s he got a huge applause break just for putting the prop on.

‘It’s kinda fun for me to see the people in the audience with the amateur model arrow-through-the-head,’ he cracked. 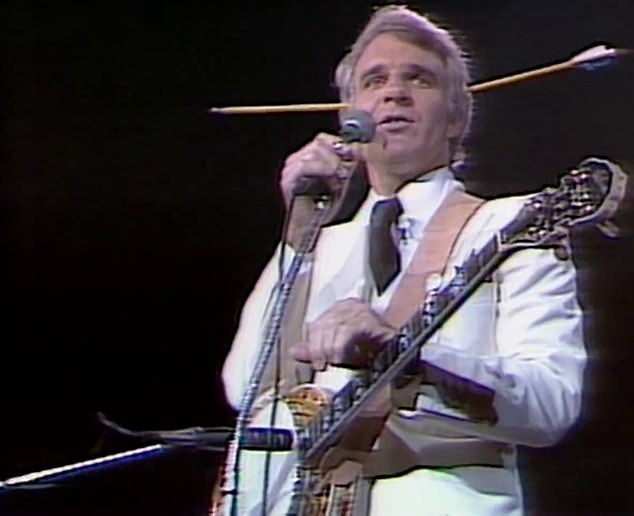 Remember when: His picture got multiple replies remarking on how it reminded them of his old stand-up bit with an arrow through his head

‘This of course is the professional model, made in Germany, it costs $150,’ he added, in a moment captured for his special Steve Live At The Universal Amphitheatre.

When the coronavirus lockdowns began in March, Steve was on tour in Ireland as a double-act with his old pal Martin Short.

Martin revealed on Conan that he and Steve ‘frantically got out’ of Ireland when President Trump declared a travel ban from Europe to the United States. 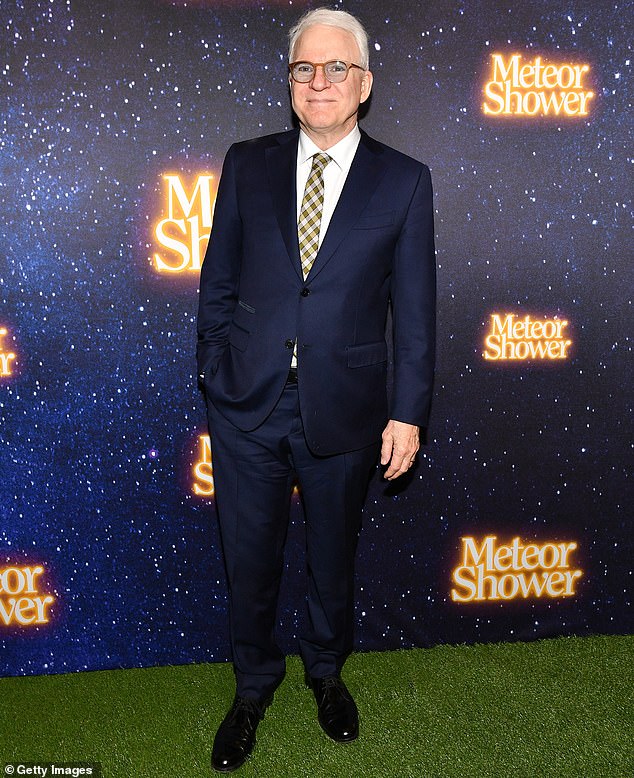 Mask off: Steve is pictured in November 2017 attending the opening night of the Broadway play Meteor Shower, which was written by him and starred Amy Schumer

He shared that ‘it was around three in the morning Dublin time and I’m seeing the president say, you know: “Everyone must get out in 24 hours,” you know. Of course, Trump forgot to mention, not: “But you have more time if you’re Americans or if you’re in Ireland or the UK.”‘

The president announced the ban in an Oval Office speech on Wednesday, March 11, saying it would ‘go into effect Friday at midnight,’ though there would ‘be exemptions for Americans who have undergone appropriate screenings.’

Shortly thereafter the White House clarified that Americans ‘will be directed to a limited number of airports where screening can take place.’ and that the restrictions applied to the Schengen Area of which neither the UK nor Ireland is a part.

Martin said he ‘got back to LA on the 13th of March’ – one day before it was announced the ban would extend to Ireland and Britain starting midnight March 16.