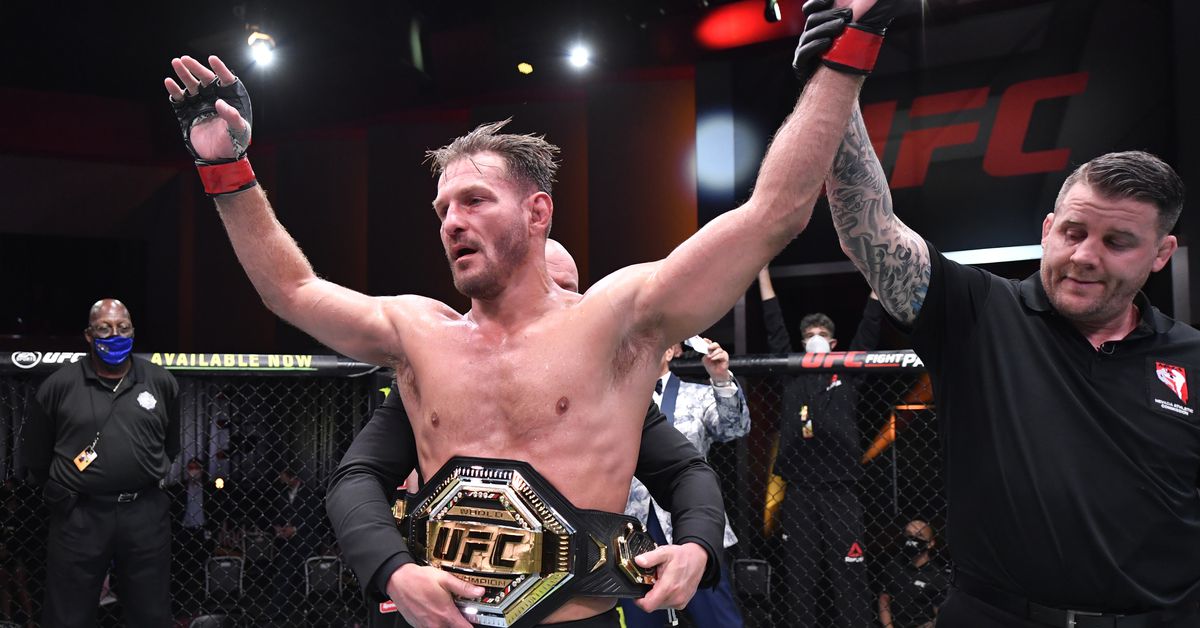 With the rumour mill swirling around wrestler superstar Brock Lesnar’s current free agent status, the former UFC heavyweight champion has been linked with a sensational return to the Octagon. Though Lesnar has not said anything that would indicate he is planning a return to MMA, plenty of individuals in the sport seem eager for 43-year-old to step back into the cage.

However, there’s one man who believes that if Lesnar does come back to MMA, and specifically the UFC, he deserves to get the first crack at him: reigning UFC heavyweight champion Stipe Miocic.

Miocic recently appeared on former UFC middleweight champ Michael Bisping’s podcast Believe You Me where he discussed a potential match-up with the Mayfield, Saskatchewan resident.

With the show’s host Miocic claimed that, because of his position as UFC champion, he should get first dibs on a fight with Lesnar.

“A hundred percent I think so,” he said (ht Nick Baldwin, theScore). “If anything, I would get the Brock Lesnar fight first or be asked first. I didn’t know [Jon Jones] called the shots. I didn’t know that.”

Jones is heavily rumoured to be entering the UFC’s heavyweight division after he made the decision to vacate the UFC light heavyweight title. UFC President Dana White is on record saying that, should Jones make the jump up in weight his first fight in the division would be a title fight.

However, with a potential Jones vs. Lesnar super-fight on the horizon, White seems to have changed his tune. Recently he told reporters that if both Lesnar and Jones were “seriously interested” in fighting he would make it happen.

Whether any of this happens remains to be seen. In the meanwhile Miocic will continue to enjoy his candidacy as the UFC heavyweight G.O.A.T, earned after his win over Daniel Cormier in their trilogy fight last month.