High-profile diplomat Joe Hockey has put his hand up for a breakfast TV hosting job, offering to take David Koch’s spot on Sunrise for half the pay.

Australia’s Ambassador to the United States made the cheeky comment while speaking on the morning show on Tuesday about what he plans to do once he steps down from the elite position this week.

‘Just give me half of Kochie’s pay roll, I could do the job that David Koch does but for half the pay,’ he said.

Samantha Armytage laughed at the offer, saying: ‘He spent how many years in America, and now he’s got stars in his eyes’.

While Kochie quickly fired back at the former MP for North Sydney.

The former treasurer has held the elite position since 2016. He will be replaced by former senator Arthur Sinodinos.

During his stint, Mr Hockey has been praised for helping Australia maintain a close relationship with the United States during Donald Trump’s presidency.

Last year Scott Morrison was the first Australian prime minister invited to a state dinner since John Howard in 2006. 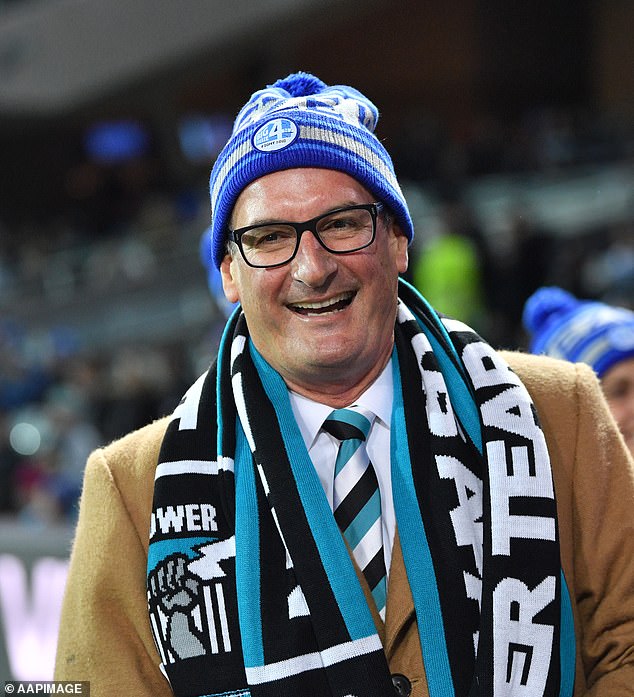 A farewell dinner will be held for Mr Hockey in Washington on Saturday.

The event is expected to draw many high profile guests, including Ivanka Trump and Jared Kushner.

President Trump’s acting chief of staff, Mick Mulvaney, is also expected to give a speech.