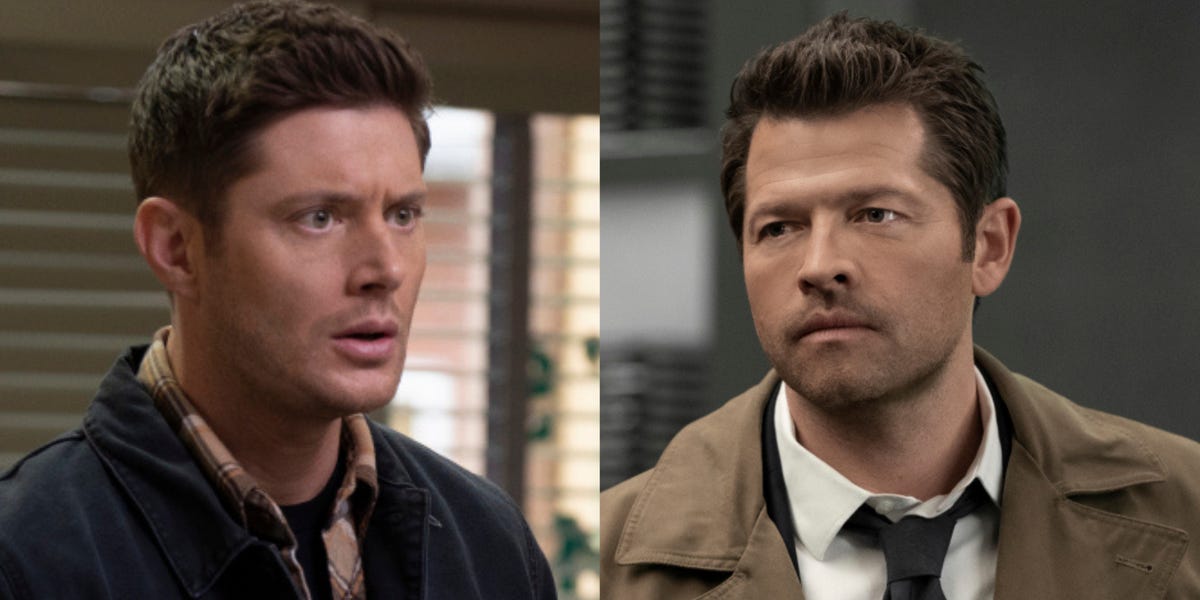 On November 5, while news about the 2020 US presidential election results was still circulating, the keyword “Destiel” began to trend. It may have been a confusing moment for political watchers, but for “Supernatural” fans, it was significant.

The CW drama “Supernatural” had just aired its latest episode that appeared to confirm that two main characters — Dean and Castiel — harbored romantic feelings for one another. Fans of the show, which first started airing in 2005 and has 15 seasons, hoped the two characters would get together by the end of the series.

“[Y]’all realise how big this is? [Supernatural] finally making Destiel canon on their final season?” one tweet read from a fan, referencing that the couple now appeared to be “canon” or officially confirmed within the context of the show.

“I just woke up to get a glass of water. It started with checking how Nevada was doing and ended with Destiel being canon,” another person joked.

‘Destiel’ has been a long-awaited moment for ‘Supernatural’ fans

“Supernatural” is a TV show created by Eric Kripke that loosely follows a pair of demon-hunting brothers, Dean and Sam Winchester, played by Jensen Ackles and Jared Padalecki, respectively. The series has been running since 2005, with its finale slated to air in November 2020.

Castiel, an angel played by Misha Collins, first appeared around the show’s fourth season and later became a series regular.

Fans had long-hoped that Dean (Ackles) and Castiel (Collins) would get together, “shipping” — hoping for a relationship between two characters — the couple as “Destiel.”

On Thursday’s episode, titled “Despair,” the show appears to have confirmed that there were feelings between the characters. In an emotional one-sided admission, Castiel said he loved Dean before sacrificing himself. While trapped together in a bunker, Castiel’s confession triggered a deal that he had made with the Empty, a void afterlife for angels and demons, which would come to claim him once he became truly happy, per Entertainment Weekly’s write-up of the episode.

Dean didn’t immediately reciprocate with his own romantic feelings following the confession, and it appears that Castiel’s death is permanent.

In the early 2010s, “Supernatural” fans had a major presence on Tumblr along with fans of shows like “Doctor Who” and “Sherlock” as part of a fandom trifecta known as “SuperWhoLock.” Out of all three, however, “Supernatural” had arguably the most engaged fandom.

As a way of understanding the depth of fans’ obsession, on April 1, 2013, people across Tumblr (and subsequently Facebook and Twitter) changed their personal icons to the same photo of actor Misha Collins’ (who plays Castiel) face in an event that came to be known as the “Mishapocalypse,” as Know Your Meme reported. Even BuzzFeed covered how the “Supernatural” fandom appeared to be everywhere online.

And “Destiel” was a major part of that early 2010s “Supernatural” fandom. It was one of Tumblr’s “top ships” in the early half of the decade, and the “Castiel/Dean Winchester” tag on fanfiction website Archive of Our Own has over 86,000 works to date.

As The Daily Dot’s Gavia Baker-Whitelaw wrote, “Destiel” was one of the earliest maybe-couples to incite fandom discourse about queerbaiting — the act of making it appear as if two characters are queer or in love with little intention of realizing their relationship. The show has been accused of queerbaiting for years and it’s arguably a large part of the series’ legacy.

On Thursday night, “Destiel” was trending on Twitter in the United States in the number two slot, with “#Supernatural” not far behind at number seven.

Not everyone was excited about the revelation, however. Because “Supernatural” had long been accused of “queerbaiting” viewers, people were upset that one of its characters confessed his love in a way that could be written off as platonic and was immediately killed. People accused the show of being guilty of the “Bury Your Gays” trope, in which LGBTQ characters (in many cases, women) are killed off on shows in the name of advancing a presumably heterosexual character’s storyline.

Many fans also commented on the dissatisfying nature of Castiel’s confession, particularly compared to other LGBTQ relationships on television.

Some of the meme response was tied into the fact that the “Destiel” news broke on social media around the same time that rumors were circulating that Russian President Vladimir Putin was stepping down (the Kremlin has denied those rumors, Newsweek reported, citing Russian state-owned TASS news agency).

All of that news at once led to some crossed wires on social media, with people jokingly drawing a link between “Destiel” becoming canon and Putin unofficially resigning.

The Tumblr response was similar. One blog, is-destiel-canon-yet, was finally able to announce that “Destiel” was, in fact, canon after saying that they had been maintaining the blog for over four years.

Overwhelmingly, however, people on social media said the reveal sent them back to early-2010s-era Tumblr.