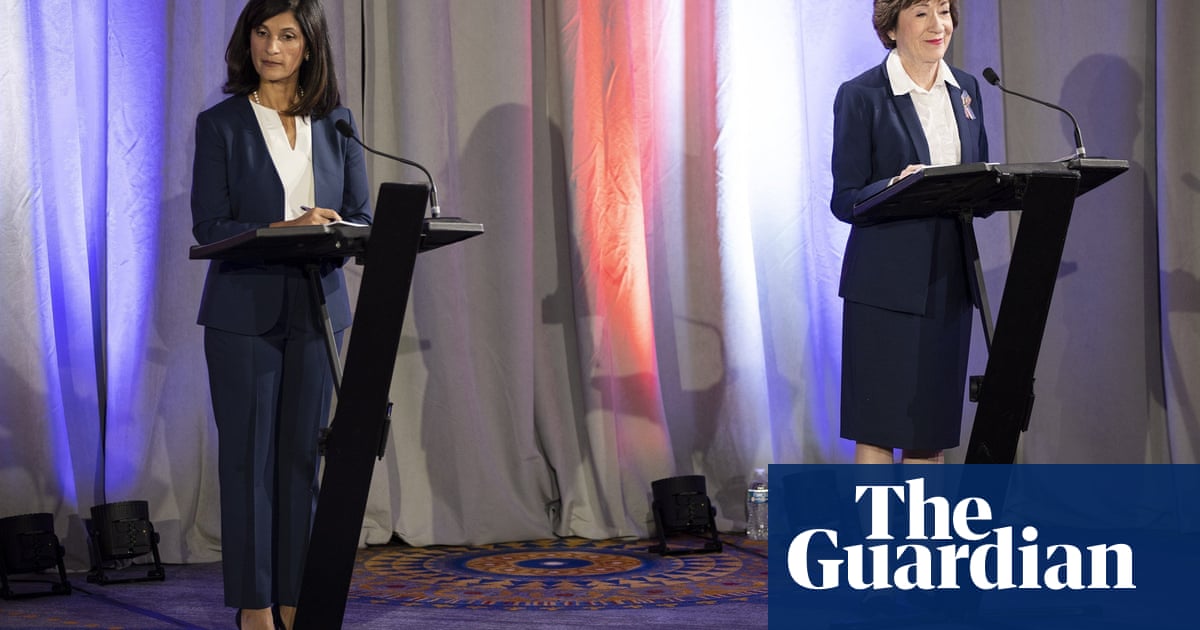 The Maine Republican senator Susan Collins repeatedly refused to say if she would vote for Donald Trump in November, as her own Democratic opponent pressed hard in their first debate.

Collins is seeking a fifth term, having long enjoyed a reputation as a moderate open to reaching across the aisle. Democrats view unseating her as key to retaking the Senate, and with it prized control of the appointment of federal judges.

Sara Gideon, the Maine House speaker, has established a polling lead. In the debate on Friday night, she sought to link Collins with Trump, demanding several times that Collins say whether she will vote for him against Joe Biden.

Collins has said she did not vote for Trump in 2016 but she has backed him since, including voting against both articles of impeachment earlier this year. She insisted voters were more interested in talking about issues.

“I don’t think the people of Maine need my advice on whom to support for president,” Collins said, in a state where Biden holds a lead of around 10 points.

But she was critical of Trump’s handling of the coronavirus pandemic. The president acknowledged on tape, to journalist Bob Woodward, that he deliberately played down the danger.

In attack ads, Democrats have hammered away at Collins’ votes for Brett Kavanaugh for the supreme court and for Trump’s tax cuts.

Gideon forced Collins to defend her support for Kavanaugh, who denied accusations of sexual assault. Collins said she had supported judges nominated by Democrats and Republicans, as long as they were qualified and committed to precedent and the rule of law.

Gideon said many of the federal judges nominated by Trump were incompetent.

“What we have seen over the past four years is a concerted effort to change the face of the judiciary,” she said, “and we have seen nominees come from this president that are unqualified and not fit to be judicial nominees. Yet Senator Collins has voted, as of this week, for 170 of them.”

Collins asked Gideon if she would have voted for supreme court chief justice John Roberts, who was nominated by George W Bush in 2005 but who has recently joined the court’s liberals in rulings favorable to Democratic causes.

Gideon said she would have to “fully study” the issue.

Two independents, businessman Max Linn and educator Lisa Savage, also appeared. Savage told voters that because of ranked choice voting, they could select her without fear of her being a spoiler and thus promote issues of the Green New Deal, climate change and demilitarization.

The voting system, adopted in 2016, lets people rank the candidates. It incorporates extra voting rounds, the elimination of last-place finishers and reallocation of votes.