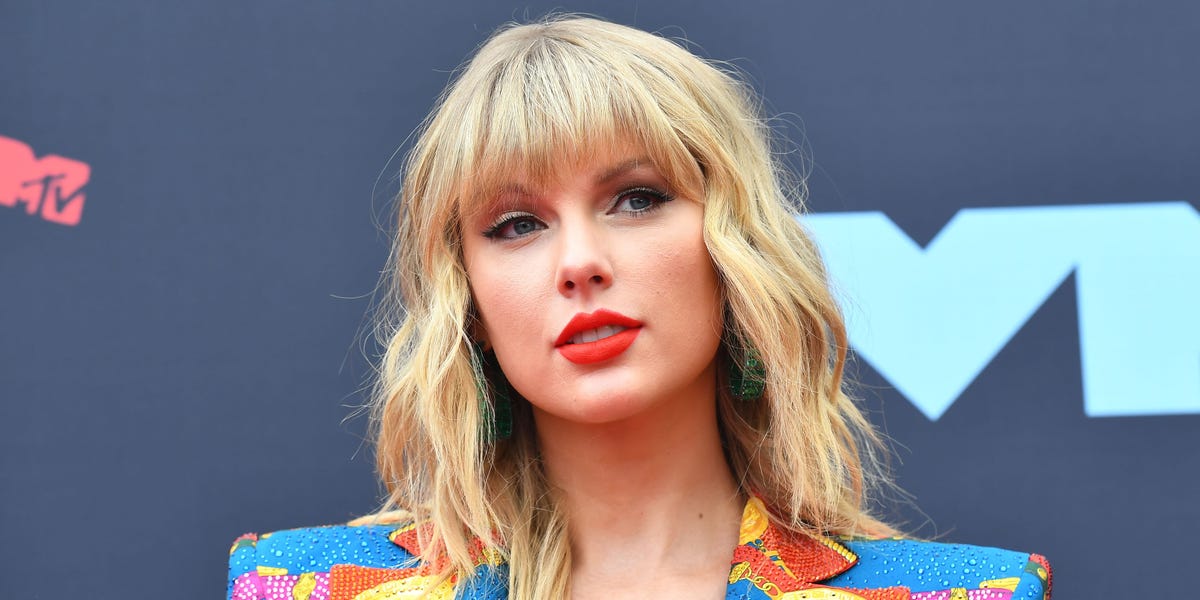 Taylor Swift responded to a fan’s idea of turning her song “The Last Great American Dynasty” to the big screen.

The song is from her newest album, “Folklore,” which she released on July 24.

“The story is timeless yet unique, the music would be exquisite, and it already has the perfect title,” Brown wrote.

The lyrics of “The Last Great American Dynasty” tell the story of a number of characters: Rebekah, a “middle-class divorcée” who marries Bill, the “heir to the Standard Oil name.” There’s also a neighbor who fights with Rebekah — among other plot points that are woven into the tune.

Brown, via his Twitter fan account, suggested a star-studded cast to play the characters from the song: Blake Lively to play Rebekah, Ryan Reynolds to be Bill, and Jesse Tyler Ferguson as the neighbor.

“Modern Family” actor Jesse Tyler Ferguson retweeted the post on Friday and tagged the other stars mentioned in the tweet.

Swift responded to Ferguson’s retweet of the post on Saturday and wrote that she “loves” the idea of turning her song into a film.

“But Bill’s heart… ?” Reynolds wrote in reference to the character from the song.

“I painted Ryan key lime green …I can’t wait til he wakes up,” Lively commented, referring to the portion of Swift’s song, in which the character Rebekah paints her neighbor’s dog green.

A number of fans appeared to be pretty keen on the Taylor Swift-inspired movie idea.

“Okay this is too perfect though,” one user wrote.

“Where can I buy my ticket?” another commented.

Brown told Insider it was “surreal” seeing so many celebrities — including Swift herself — interact with his idea.

“When Jesse quoted the tweet, I kind of lost it. Then the tweet took off,” he said. “Still, I never in a million years thought Taylor would reply. I may or may not (mostly may) have cried.”

Swift has been known to surprise her fans by interacting with them on Twitter.

For example, in July, a fan posted on Twitter that she would be away for two weeks and asked her followers to notify her if Swift “did something big” while she was away. The tweet started trending while the fan was away, and she received a “welcome home” message from Swift when she returned.