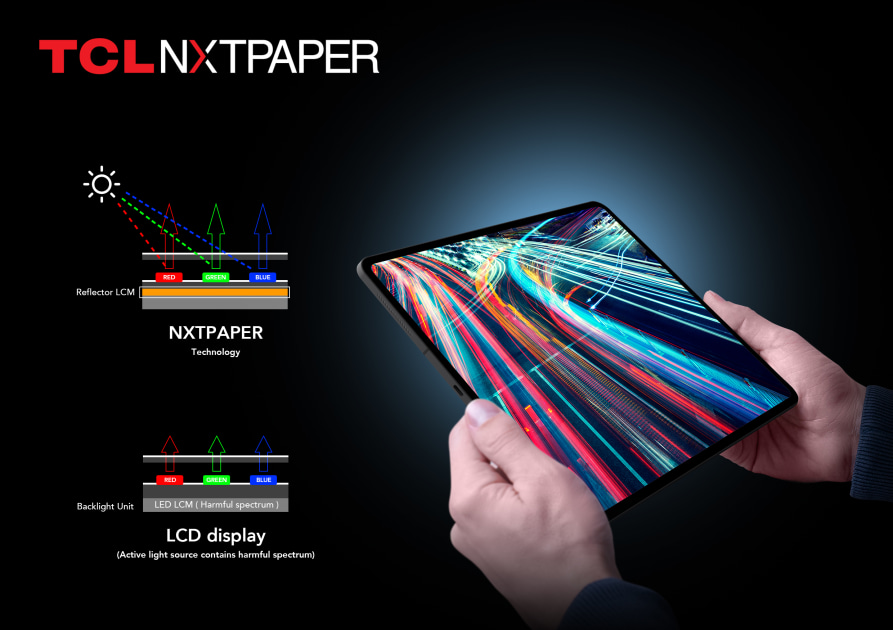 TCL has made a name for itself with its affordable TV sets and phones, but the company wants to prove it can also innovate and make new technology. It’s announcing something called NXTPAPER today — a new type of display that’s meant to offer better eye protection by reducing flicker, blue light and light output. The company said the effect is similar to E Ink, calling it a “combination of screen and paper.” TCL also said it has received eye protection certifications from the German Rhine laboratory, and has 11 different patents for eye protection.

Don’t expect to see NXTPAPER appear on a smartphone, though. TCL said it’s meant for larger devices like tablets or e-readers. The new screen tech will support Full HD definition and allow for smooth video playback on a paper-like experience. Compared to E Ink, TCL said its version will offer 25 percent higher contrast. It uses a “highly reflective screen” to “reuse natural light,” doing away with backlighting in the process. TCL said NXTPAPER will be 36 percent thinner than typical LCD while offering higher contrast. Because it doesn’t require its own lights, the company said the new screen tech is also 65 percent more power efficient. This way, devices won’t need large unwieldy batteries for prolonged use.