A student was turned away from school within 20 minutes of arriving for the new term because her tan and eyebrows apparently looked ‘fake’.

But her mother Marie, from Huyton, near Liverpool, is livid and insists her daughter’s thick dark eyebrows and glowing tan are natural. 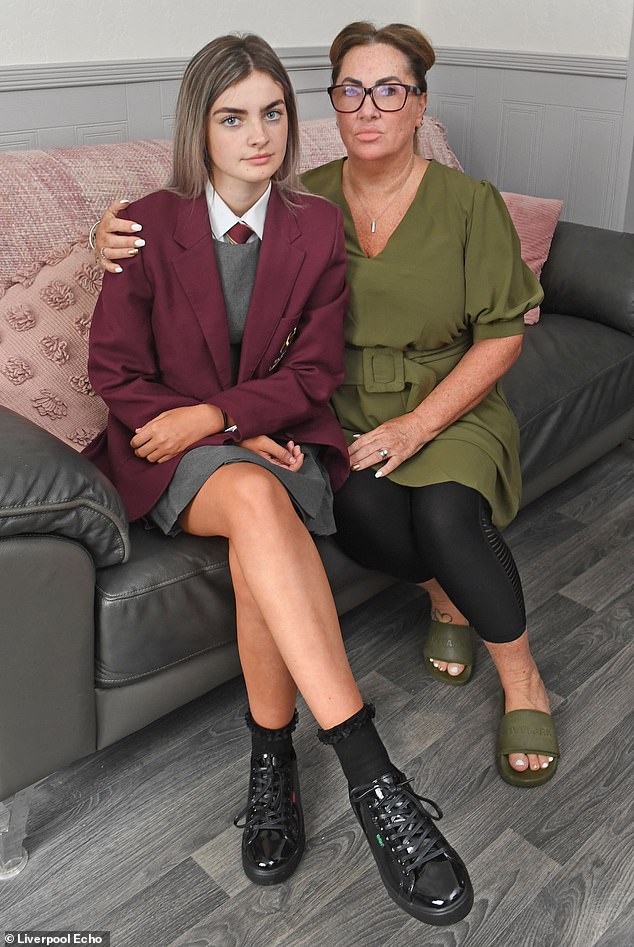 Teachers at  Lord Derby Academy sent Megan Davies home because they thought her tan and thick eyebrows were ‘fake’.

She said the family had recently returned from Portugal and attributed the fake tan to the holiday adding her daughter has never needed to paint on her thick eyebrows.

Mrs Davies said: ‘They’ve said she’s too dark. We’ve only just come back from Portugal, so it was a real tan.

‘They said her eyebrows were too dark as well. I understand some girls draw them on and go in with big slugs but my daughter doesn’t do that.

‘She has never had to paint them or anything like that.’

Mrs Davies added the row did not stop there. Teachers also had a problem with Megan’s choice of shoes which they say failed to conform to the school’s uniform rules.

She added: ‘They’re just plain black lace-up shoes. There isn’t a diamond on them, there isn’t a bow.

‘She said half the girls in her year have got the same identical shoes. They haven’t been sent home, only Megan has.’ 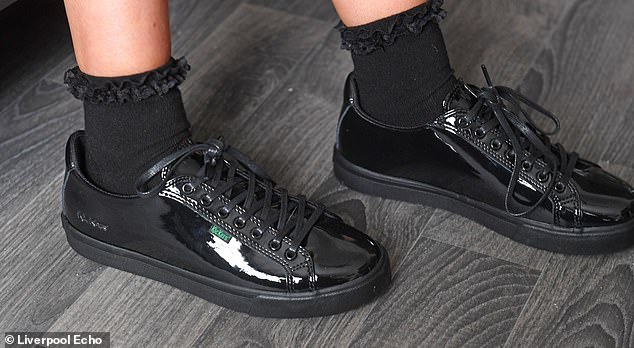 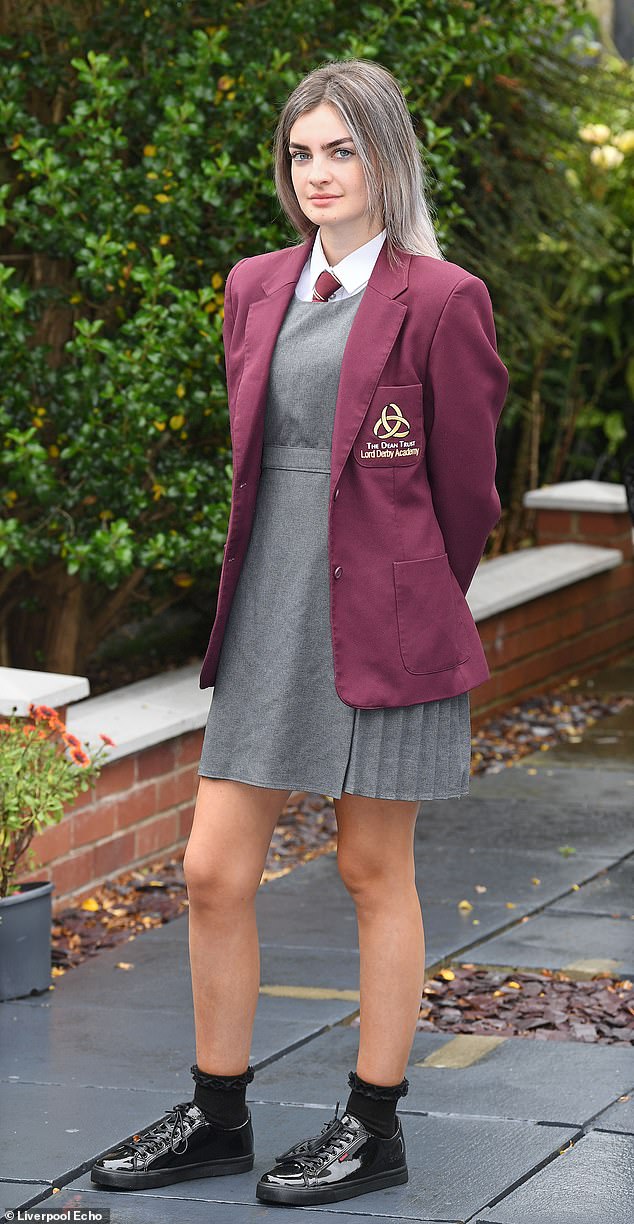 This is not the first time Megan’s appearance has been called into question by teachers at the academy as Mrs Davies pointed out.

She alleges teachers had previously pulled up the teenager on her thick eyebrows before lockdown resulting in Megan having to prove them wrong.

She told the Echo: ‘Most of the time we did laugh about it, because they would stand outside the gates with wipes. 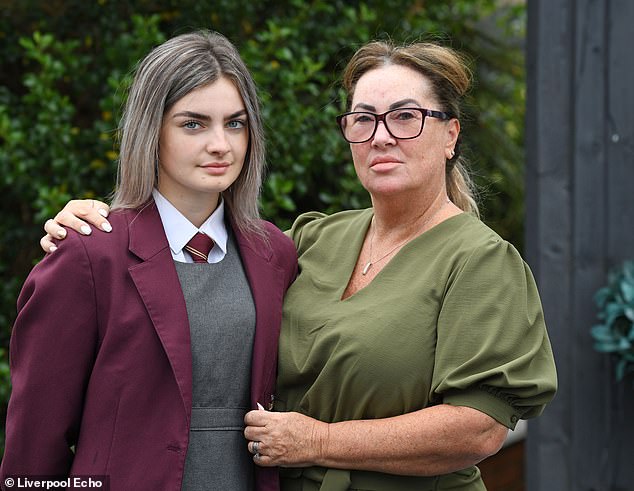 ‘Megan would wipe her brows and there wouldn’t be anything on them.’

Mrs Davies said she was ‘totally disgusted’ that her daughter was sent marching home from school when she needs to be catching up with studies having been away for six months due to the pandemic.

‘We take pride in our traditional approach to all aspects of school life. We strive to ensure every pupil at LDA is treated fairly and that our rules regarding uniform are applied consistently.

‘The school is always keen to work in partnership with families so that the clear expectations regarding uniform and appearance can be upheld.’