Controversial rapper and convicted felon Tekashi 6ix9ine has said that he gets compared to Donald Trump every day for his social media use and ‘would jump off that ledge’ if he were no longer famous – but intends to use his new-found freedom to ‘keep making music and keep dominating.’

The Brooklyn-born rapper, real name Daniel Hernandez, was released from prison in April, amid concerns about COVID-19, and remains under house arrest.

In February 2019 he pled guilty to nine charges including conspiracy to commit murder and armed robbery, and was given a two-year prison sentence after testifying for the prosecution against the his former drug-dealing street gang, Nine Trey Gangster Bloods. 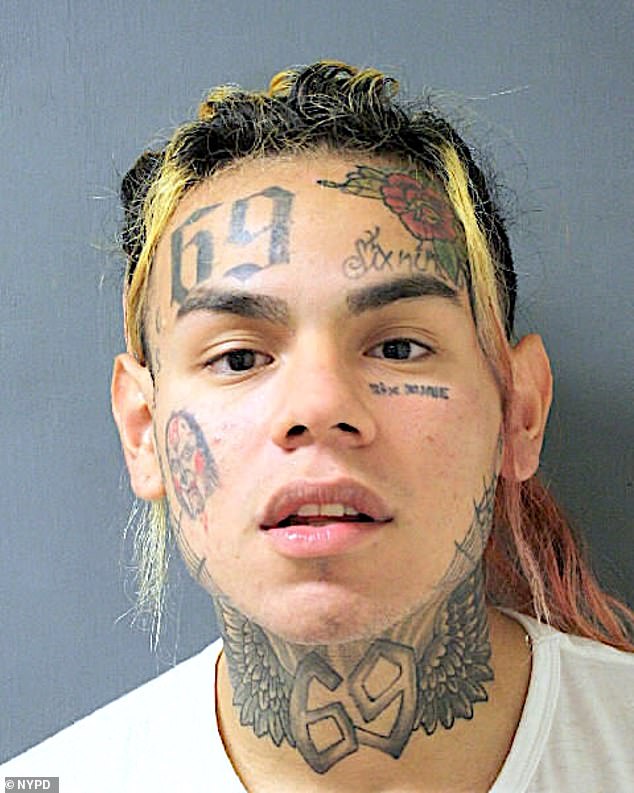 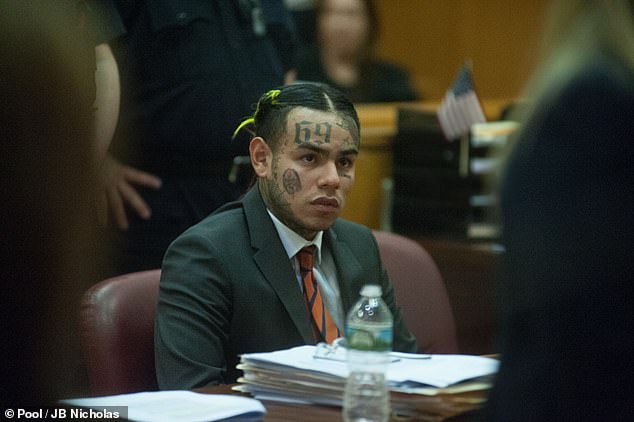 In his first interview since his release, Hernandez, 24, told The New York Times he had no regrets about joining the violent gang.

Hernandez said gang members kidnapped him, stole money from him, and threatened to kill him.

He said he felt betrayed by his former ‘crew’, and became a ‘snitch’ because he feared for his life.

‘I really want this to hit home: When I was kidnapped, was I a victim? Did I cooperate? No,’ he said.

‘When they were stealing money from shows, did I cooperate? No.

‘Did I have many chances to tell the police what I saw? Yes.

‘I was following a street code that was upheld by me and that I thought was real.

‘Before I broke the street code, how many times was it broken to me? “It’s all about honor, loyalty.”

‘Well, let’s talk about if sleeping with somebody’s girl is honor, kidnapping somebody is honor, stealing hundreds of thousands of dollars from them is honor, trying to kill them is honor.

‘“Snitching’s not street!” But street is taking advantage of one of your homies?’ 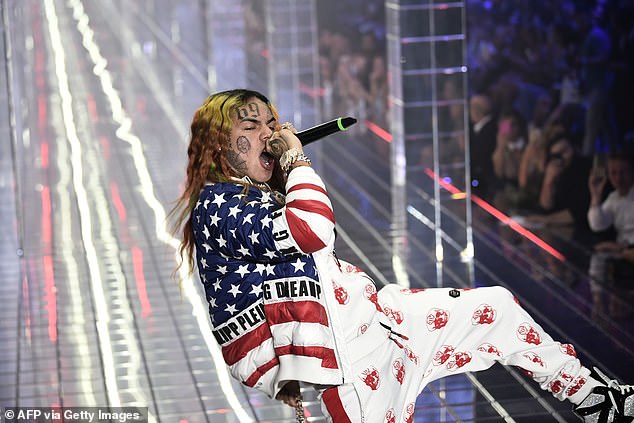 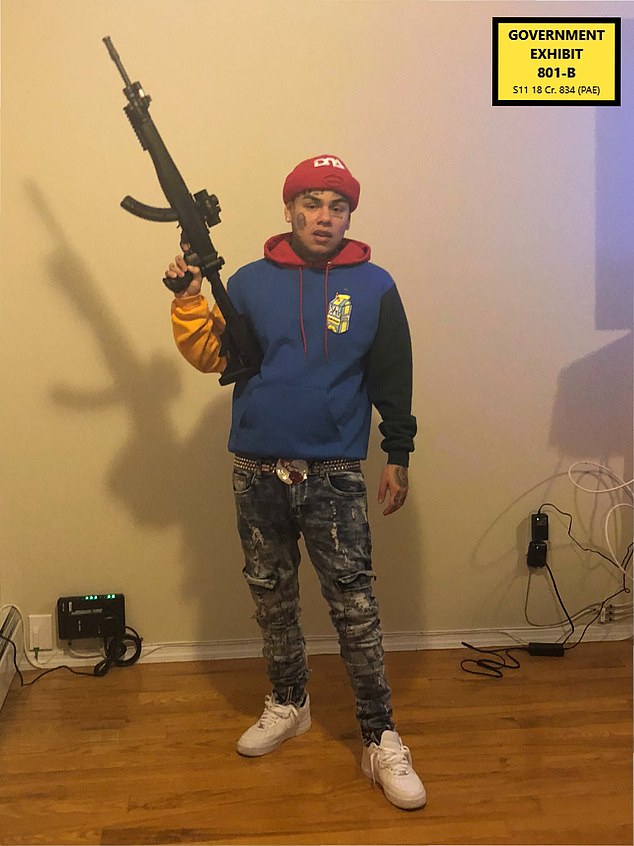 Prosecutors told Hernandez about threats to his life, and Hernandez testified on their behalf

Unrepentant about his involvement with Nine Trey, he did admit to being ‘torn apart’ by the 2013 use of a child in a sexual performance.

Hernandez was seen in videos miming graphic acts and touching a 13-year-old while she performed sex acts on other men.

He was sentenced to four years of probation and 1,000 hours of community service as part of a plea agreement in that case, but insisted: ‘I was 18 at the time. Am I this 40-year-old Jeffrey Epstein-type?’.

He compared himself to Tupak Shakur, who in 1994 was convicted of felony sex abuse.

‘Is Tupac Shakur loved or hated? Loved!’ he said.

‘What’s the difference between me and Tupac Shakur? I never caught a rape charge –  ever.’

He also discussed the physical abuse he inflicted on the mother of his child, Sara Molina, from 2011-18.

‘I admitted my truth. It’s the worst thing ever.

‘But I’m not going to sit there and lie to you. I’m telling you, I did it. I admit to it, and I apologize.

‘I don’t owe the world an apology, the person I owe an apology to is Sara Molina. She got that apology. That’s where it matters.’ 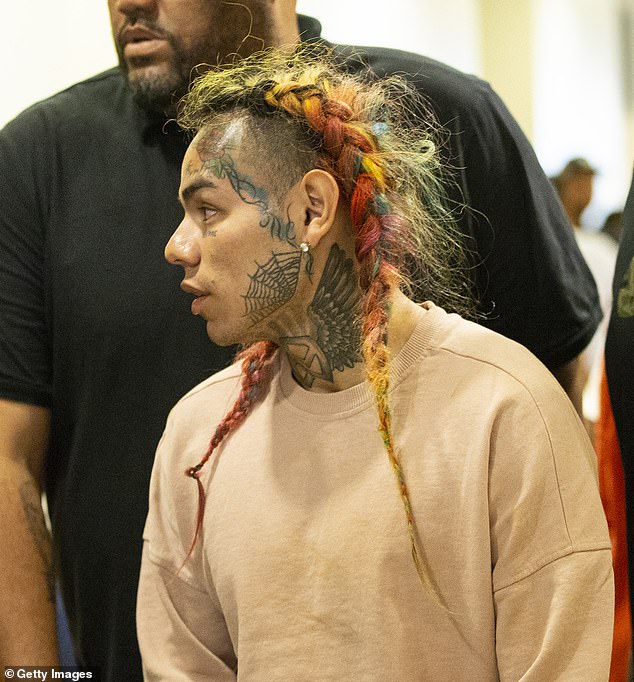 The Brooklyn-born rapper also confessed, in 2013, to use of a child in a sexual performance 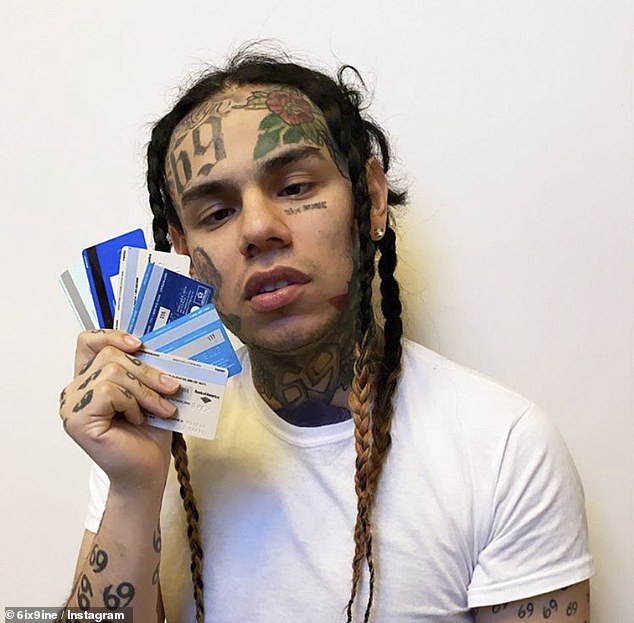 Hernandez, whose second album, TattleTales, is out on September 4, insisted that he was interested in making music, rather than fame.

But he admitted that, with 760,000 followers on Instagram, he loved being a celebrity.

Asked if he was addicted to attention, he replied: ‘Oh, of course. I love it. I grew up being a nobody. Genuinely, as a kid, I felt like I was just walking invisibly. I never want to feel that way. My goal is to feed me and mine.’

He said he has no feelings about police brutality and racial justice – ‘I feel like I got no say. It’s like, “Shut up, just make us laugh.” I’m not an activist. People do that for the cameras’ – but said he was frequently compared to Trump.

‘I get compared to Trump every day. But I love Mexican people. I don’t think we’re the same.’

Asked if he had ever voted, he replied: ‘I would vote for Trump,’ then laughed.