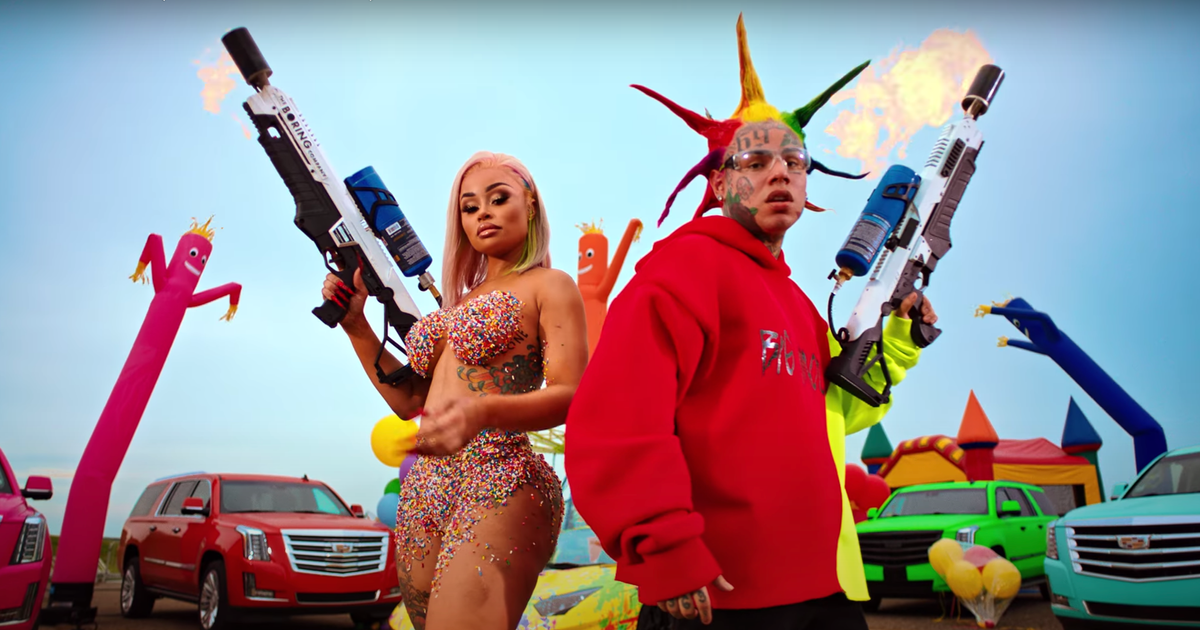 Like it or not, controversial rapper 6ix9ine is officially out of prison, done with house arrest, and reentering the rap game. The rapper who famously testified against members of the Nine Trey Gangsta Bloods released a new album, appropriately named TattleTales, which he dropped at midnight on Friday, September 4. Although he’s definitely lost a few friends in the hip-hop community, 6ix9ine’s 13-track LP features Nicki Minaj, Smilez, Leftside, Lik AK, and Akon, whom he samples on the album’s first track, which is, of course, “LOCKED UP 2.” The album also includes the previously released “PUNANI” and “GOOBA.” 6ix9ine also released a music video for his single “TUTU,” which features the rapper and his signature rainbow style cavorting around a theme park with Blac Chyna and a flamethrower, naturally. Check out the music video for “TUTU” and 6ix9ine’s newest album TattleTales at your own risk.