Texas Gov. Greg Abbott said he’s considering legislation that would put Austin’s police department under state funding as a way to protect it after the city council voted to defund it.

‘This proposal for the state to takeover the Austin Police Department is one strategy I’m looking at,’ Abbott, a Republican, tweeted from his personal Twitter account Thursday.

‘We can’t let Austin’s defunding & disrespect for law enforcement to endanger the public & invite chaos like in Portland and Seattle.’

On Saturday, Texas Attorney General Ken Paxton confirmed the sentiment behind Abbott’s tweets, telling Fox News that the idea is a response to Austin’s city council voting to defund $150million from the city’s police department in August – a move that Austin Mayor Steve Adler is supporting. 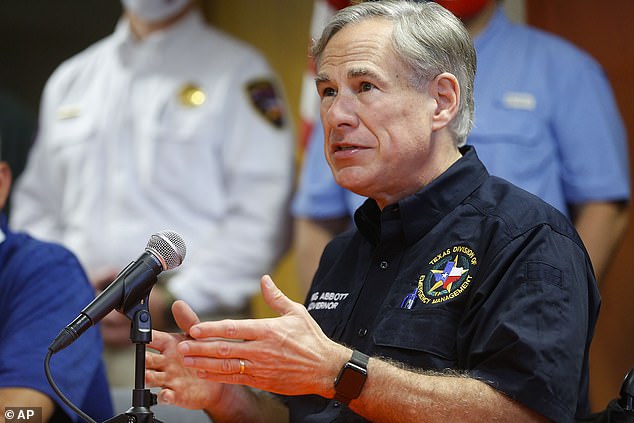 Texas Gov. Greg Abbott (in March) said the state could take over the Austin Police Department in response to the city council’s decision to defund the

Paxton, a Republican, said that while there isn’t a way to prevent Austin from defunding its police department, the legislature could pass a bill that allowed the state to fund the Austin Police Department instead.

‘The state could take it over,’ Paxton said. ‘We can fund the police in a way that will keep the city safe, which is what we all want.’

In a statement to Fox News, Adler, a Democrat, said: ‘Austin is the safest big city in Texas and one of the safest in the country. Public safety is our priority and we support our police.’

Paxton said that cutting between 33 to 34 per cent of the police department’s budget didn’t make sense.

‘With the way the city is growing, it makes the city less safe,’ he said, adding that he believed the only reason to cut $150million from the police’s 2021 budget is that ‘they’re appeasing left wing radicals who think this is a good idea.’ 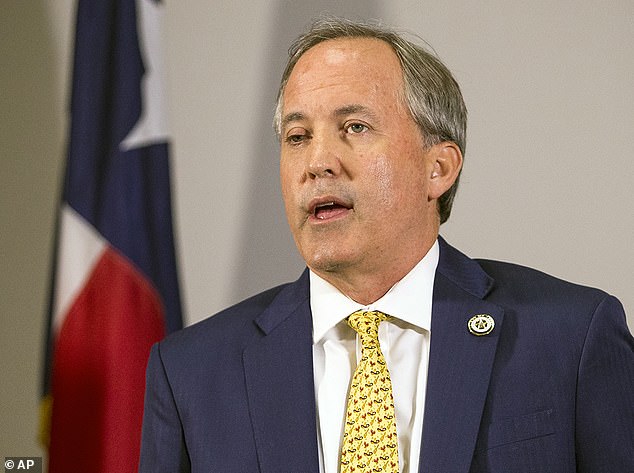 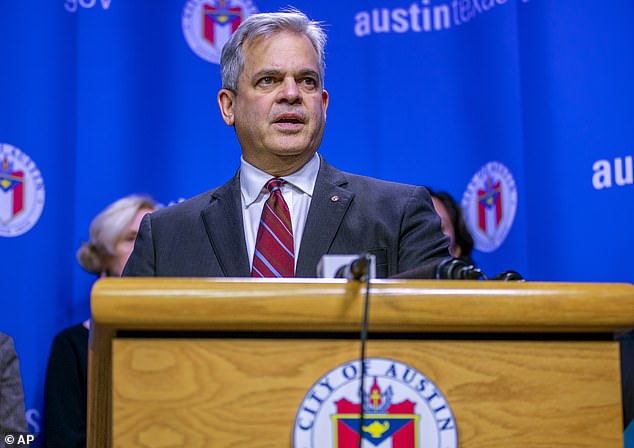 Austin Mayor Steve Adler said that the city was one of the safest in the country. He supports the idea of defunding the city’s police department 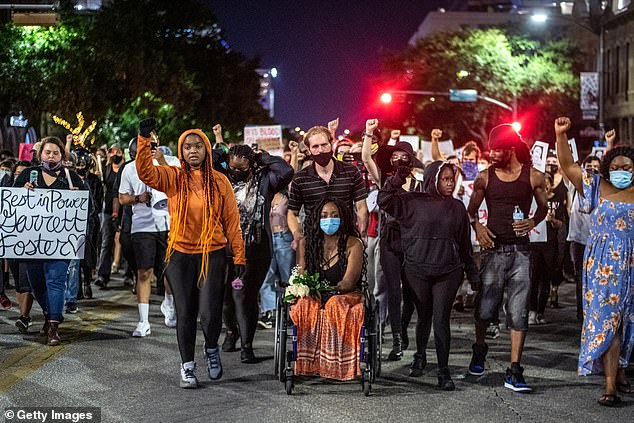 Social justice protesters have been active in Downtown Austin for months. Protesters are seen in the city, marching for Garrett Foster, who was killed during an altercation with a motorist

Paxton said that whatever party people are from, ‘you want public safety’ and that he thought ‘in general the people of Austin don’t like’ the idea of defunding the police.

The attorney general said the state could pass legislation that would allow it to fund police, effectively taking the department over.

Following Austin’s vote to defund the police, Abbott and other state leaders said they would push legislation that would freeze property tax revenue for cities that defunded their police departments – essentially defunding the cities.

Prior to voting to defund the police department, the Austin City Council issued a vote of no confidence that police leadership would be able to make the necessary changes that would end police violence against people of color, the Texas Tribune reported.

Adler told KXAN in August that the $150million being taken away from the police department’s budget would include leaving positions unfilled, delaying three police cadet classes and putting departments – including internal affairs and forensics – under civilian control.

“’I don’t think the city’s going to recognize or operate any differently under civilian control or command on forensics or some of these other things,’ Adler said.

He also noted that ‘There’s nothing about what we did last night that takes any job away from any police officer’ and that ‘Hopefully we’re going to be giving the officers the return of the time to do the things we want them to actually do which is fighting crime for us.’

In a September 2 tweet, Abbott pondered whether Adler was willing to lose his police detail as part of fallout from defunding the department.

‘Any defunding of law enforcement must start at the top,’ Abbott tweeted, again from his personal account. ‘Any mayor or governor that supports defunding police should lose their security detail. As Austin reshapes police, will Mayor Adler’s security detail be a casualty?’