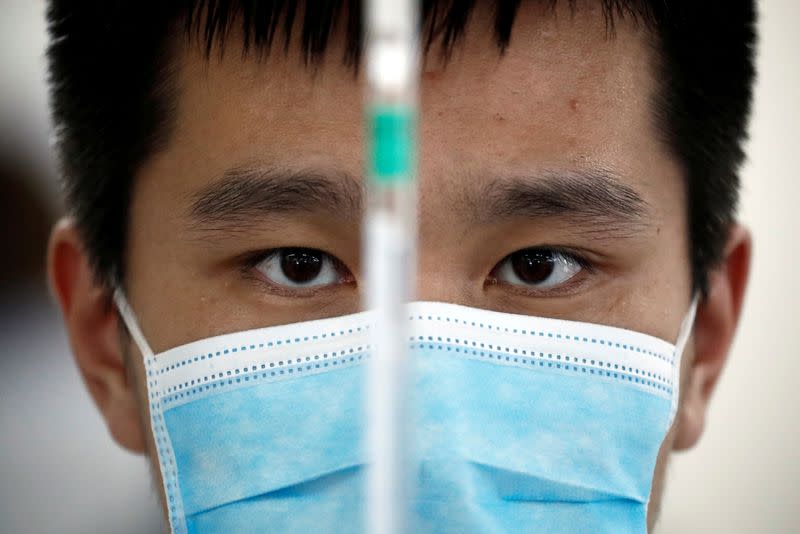 BANGKOK (Reuters) – Thailand will receive its first COVID-19 vaccines in February from China’s Sinovac Biotech and will have the capacity to produce 200 million doses a year locally of the AstraZeneca vaccine, senior officials said.

Thailand, which is aiming to inoculate at least half of its 70 million population, should take delivery of 200,000 doses of the Sinovac vaccine by February, Prime Minister Prayuth Chan-ocha said on Monday.

It has ordered two million doses from Sinovac in total.

“I have given the direction on the vaccine and expect that within 1-2 months we will receive the first lot for medical professionals for about 200,000 doses,” Prayuth said, according to a Twitter posting by his office.

The Southeast Asian country reported its largest single-day increase in infections with 745 cases on Monday, with Prayuth urging people to stay home to limit the spread and avoid the need for a strict nationwide lockdown.

Another 800,000 doses of the Sinovac vaccine will arrive by March and one million in April, Supakit Sirilak, Director-General of Medical Science Department, said on Sunday.

Thailand in November signed an agreement for 26 million doses of the AstraZeneca vaccine, which will be produced by local firm, Siam Bioscience, with its first batch to be ready by May, Supakit said.

The firm will be able to produce 200 million doses per year, for sale domestically and in the region, Songpon said.

The private sector is welcome to participate in vaccine production and distribution, if registered with the Thai FDA, Supakit said.