Jimmy and Tam are reportedly the most controversial couple on The Block after back-to-back victories.

Their co-stars are convinced they’re getting special treatment from judges Neale Whitaker, Shaynna Blaze and Darren Palmer, after they won the guest bedroom and ensuite challenges.

‘They’re definitely being excluded from the group… The couples are trying to play happy families while filming but it’s like walking on eggshells with Jimmy and Tam behind the scenes,’ an insider told Woman’s Day. 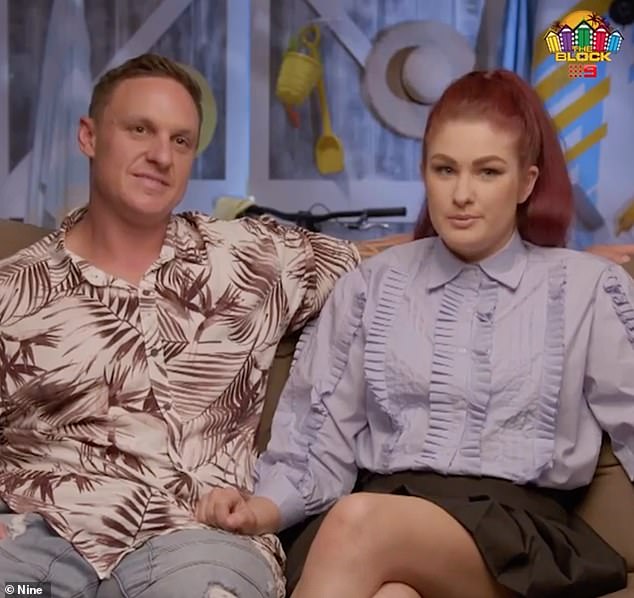 The ‘most hated couple’ on The Block exposed: Jimmy and Tam (pictured) are reportedly being ‘excluded’ by their ‘jealous’ co-stars after winning back-to-back victories

Some of the teams believe that Jimmy and Tam’s 1950s home is easier to renovate.

The insider added: ‘There’s really a bit of pent-up animosity towards them. They feel Jimmy and Tam have been given an easier hand with their build.

‘They just don’t think they should have won so many room reveals.’ 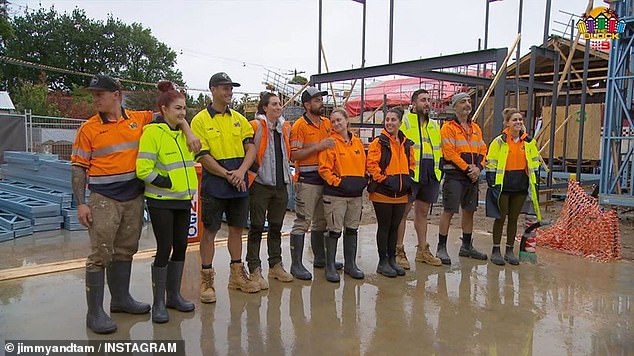 By their own admission, Jimmy and Tam aren’t interested in making friends and have instead made winning their priority.

‘Making friends is a very nice secondary to what we’re going through but to us the end goal is winning,’ Jimmy told TV Week.

‘We want to make the best for our family out of this, so we’re going to do everything in our power to play the game the best we can,’ he added. 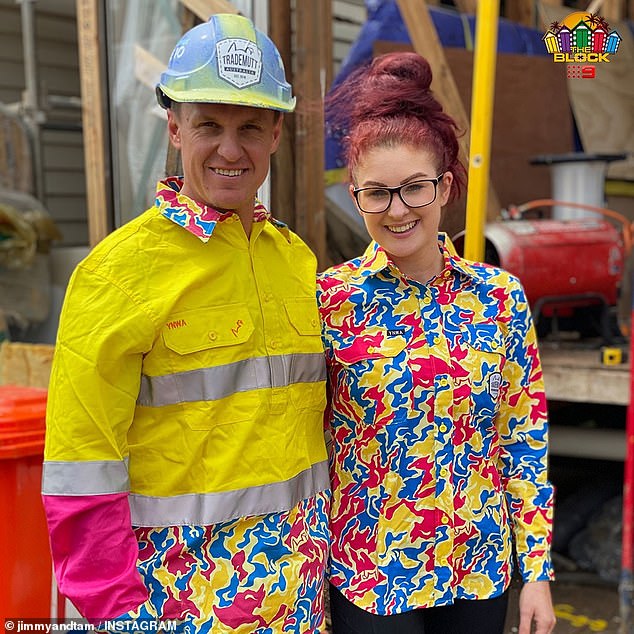 ‘We want the best for our family’: However, it seems Jimmy and Tam (pictured) aren’t focused on making friends and have made winning their priority

On Sunday night, Jimmy and Tam received the highest combined score from the judges for their guest ensuite.

Their 1950s ensuite was well received by Darren, who described the space as having a ‘retro, childhood charm’.

Shaynna was in awe of the ‘divine sink’ with its modern interpretation, while Neale said the bathroom was the perfect combination of the 1950s and 2020.

Last week, Jimmy and Tam’s guest bedroom was also praised by the judges and they were crowned the winners. 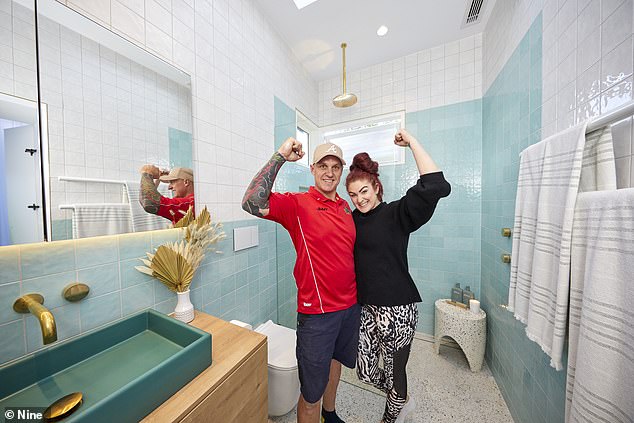 Winners! On Sunday, Jimmy and Tam received the highest combined score from the judges for their guest ensuite