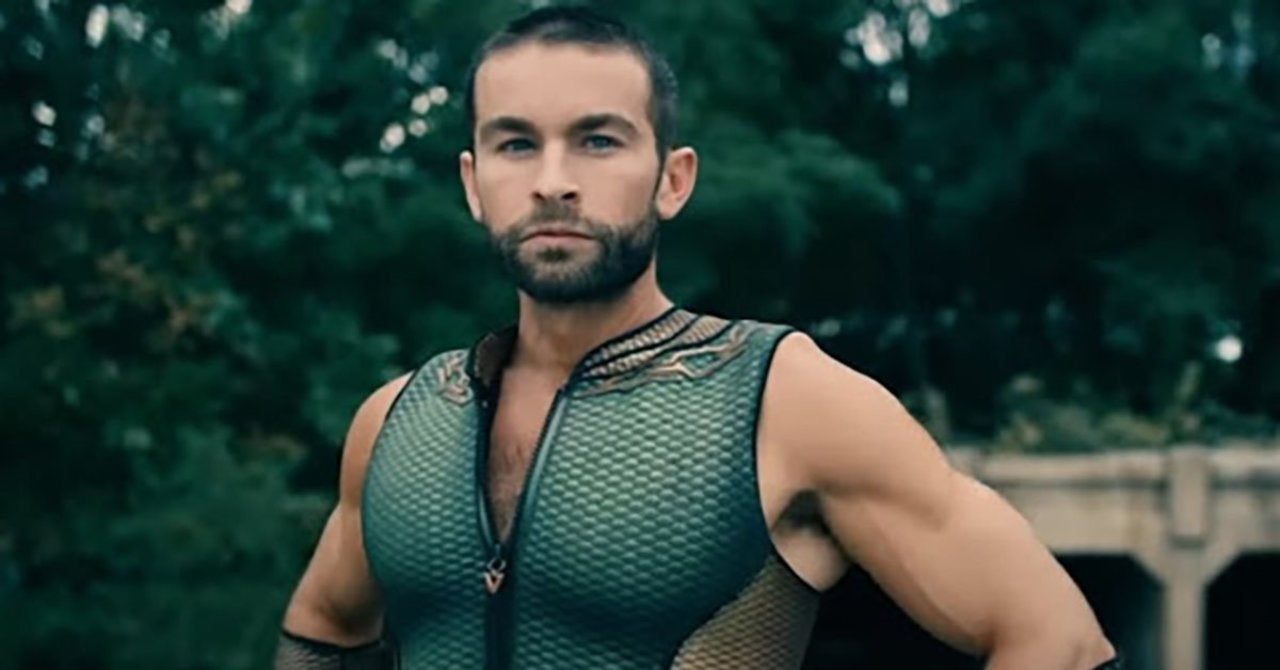 Season 1 of The Boys didn’t necessarily leave The Deep in the best place. once one of Vought Industries’ The Seven, the aquatic hero’s true nature was revealed early on as a predator who sexually assaults Starlight and, ultimately ends up removed from The Seven and sent to Sandusky as punishment. A humiliating fall from grace, The Deep is further devastated upon discovering there’s no plans for him to return to The Seven. It’s a pathetic place for The Deep to end up but somehow, Season 2 of the Amazon series makes the disgraced “hero” even more pathetic.

Big spoilers follow for The Boys Season Two follow. Proceed with caution if you’ve yet to watch the first three episodes.

When the series begins, The Deep is still exiled from The Seven and things have gotten even more grim for him since we saw him last. He’s seen getting drunk at a bar while Transluscent’s funeral is broadcast on television and grows angry when he discovers that he’s been cut from photos of the hero shared during the service. He’s then cut off from his drinking and thrown out of the bar.

It only gets worse from there for The Deep. Soon after, he ends up in jail after an incident at a local Sandusky waterpark and is bailed out by another lower-tier hero, Eagle the Archer. At first it seems like The Deep is just getting a hand up from someone else who has been through their own rock bottom, but it ends up being more complicated than that. You see, Eagle the Archer is part of the Church of the Collective and encourages The Deep to join as well as he was greatly helped by the group — and it’s suggested that they could even help him get back into The Seven.

It’s pretty clear pretty quickly to viewers that the Church of the Collective has some strong cult vibes — the “teacher” at one point even tells The Deep that therapy, which he could arguably benefit from, is destructive. It is a far, far fall for The Deep from once being part of the prestigious The Seven to being a disgraced, washed up D-list hero joining a cult. However, while the season has only just begun and there are certain to be more twists and turns to the story, there may be a silver lining to The Deep’s continued disgrace.

Eagle the Archer convinces The Deep take mushrooms and go on a psychedelic trip or sorts that ultimately sees the hero deal with the root of many of his issues — including his cripplingly low self-esteem and his maltreatment and abuse of women. The Deep is deeply uncomfortable with his own physiology (specifically his gills) and while tripping ends up having a heart-to-heart conversation with them. That’s right, The Deep talks to his gills and they talk back (voiced by Agents of SHIELD alum Patton Oswalt.) The weird, yet moving scene sees The Deep begun to understand that a huge part of his issues stem from his lack of self-acceptance. it’s a moment that may just mark a turning point for The Deep.

“I really love that scene. One of the things we do in this show that is so funny to me is we genuinely start with character,” The Boys showrunner Eric Kripke recently told TVLine. “The gills were not the thing we first came up with. It was, ‘Boy, we really need The Deep to really confront what a piece of s–t he is and why,’ He’s sort of part of this new church, and he needs to kind of explore who is… We’ve known for a long time how much he hates himself, and he takes it out on women, and we just wanted to explore that.”

Kripke added, “Honestly, the conversation just started there, and who could he talk to about this? Who knows his history? And then from there, [it] went to, ‘Oh, he should, like, take drugs and maybe talk to himself’ — I never know who pitches what in the room, this big group of brilliant people — and someone said, ‘His gills should talk to him!’ It was so good.”

Of course, The Deep does still have a long way to go. Even after that heartfelt moment with his gills, The Deep is still very insecure. After attempting to work his way back to The Seven by stopping “terrorists” – actually The Boys which ends badly when they drive their boat literally through a whale – Homelander points out that The Deep has ripped his vest and his “disgusting” gills are showing, causing The Deep to be self-conscious once again.

The first three episodes of The Boys Season Two is now streaming on Amazon Prime Video.