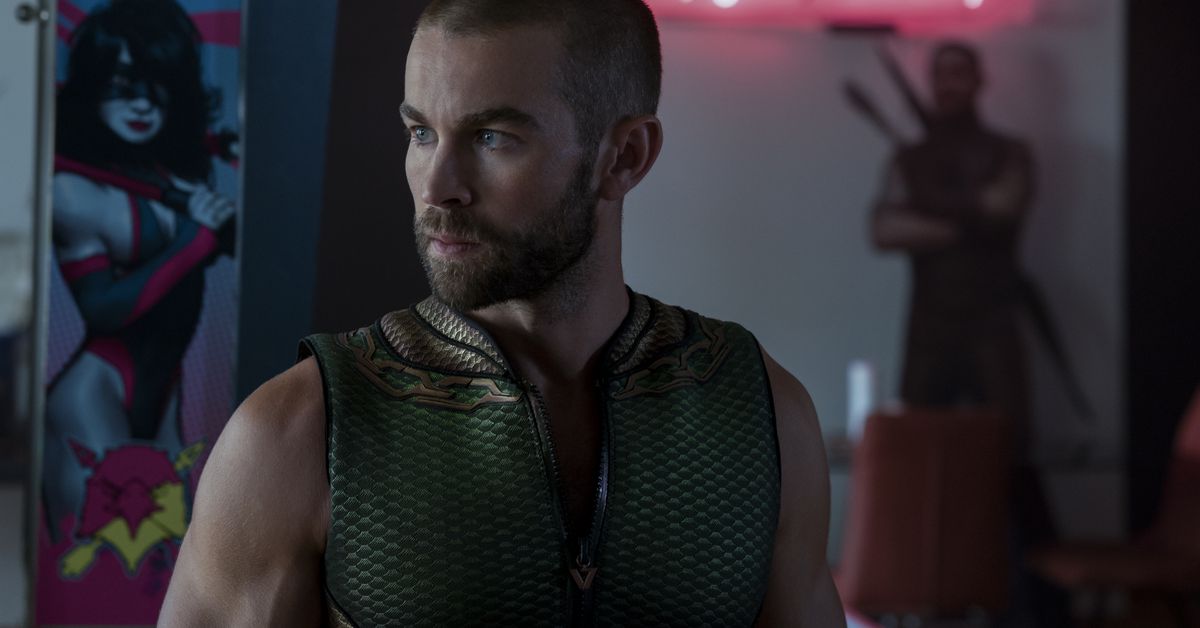 Pretty much everything that happens on Amazon’s comics adaptation The Boys is outrageous — that’s par for the course when you’re writing a comedy about gun-toting vigilantes taking on fascist corporatized superheroes. But a sequence in episode 2 that involves a Scientology-esque religious cult, a potent dose of hallucinogenic drugs, and existential peril for ex-The Seven member The Deep might be the show’s pièce de résistance, thanks in large part to the voice casting.

The Boys season 2 finds The Deep reeling (heh) over his departure from Vought. Lost without heroic purpose, he exposes himself to kids at a waterpark, and is promptly hauled off to jail. A new hero, Eagle the Archer, bails him out, in order to connect Deep with a new source of hope: The Church of the Collective. According to the spiffy X-Ray notes on Amazon Prime Video, it’s a “mysterious religion in the world of The Boys, which began as a self-help group in the 1950s.” (Read: the organization’s fingerprints may be on other parts of the series’ mythology before things are all said and done.) Basically, it’s the Church of Scientology, but with more Fresca. Eagle and his guide Carol bring The Deep into their world to “help” him, and to start, they fill the spiraling supe up with psilocybin.

“Last time I did shrooms was with a PoliSci chick from Oberlin,” The Deep tells Eagle.

What happens next is gruesome and riotous in true Boys fashion. The shrooms do send The Deep into a transcendent state — one where his gills speak, and berate him for his misbehavior over the years. His talking gills are performed by none other than Patton Oswalt.

“The very first name that got pitched for the gills was Helen Mirren,” showrunner Eric Kripke tells Polygon, “but we obviously knew that that was impossible.”

Kripke says the casting came out of Oswalt’s love of the show. During season 1, he tweeted at the creator and the show’s accounts to tell them how much he loved The Boys, “And I started thinking, ‘Wouldn’t it be great if, like, one of Pixar’s most beloved characters was also the voice of The Deep’s mangina?’”

Hollywood dreams do come true. While Chase Crawford performed his gill-talking freakout with a stand-in voice performer on set, Oswalt eventually came in to record his lines. CG artists meticulously matched his vocal patterns to the gills’ flapping arches.

“There were a lot of fascinating questions,” Kripke notes. “How much should it spit? Should the gills all be moving in unison, or should they be saying different things at different times? Talking about a talking mangina is all very complicated.”