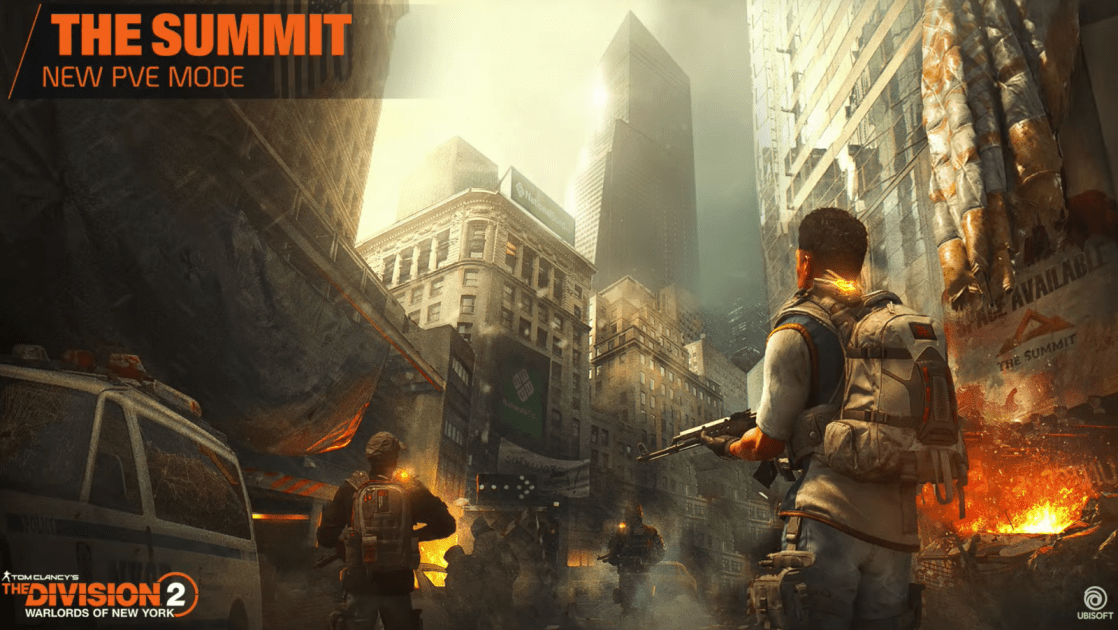 The difficulty will ramp up the higher you go, and on every 10th level, you’ll enter a boss battle. Should you overcome that foe, you’ll get a reprieve. You’ll be able to start future runs at one floor higher than that (i.e. the 11th floor, the 21st and so on), so you won’t need to complete the entire thing in one go.

As noted by Kotaku, Summit draw sfrom the Underground mode from the first game, which saw players battle through a New York subway system that had randomized elements. It also sounds reminiscent of The Raid, an excellent 2011 martial arts film in which an elite police squad fights through a high-rise building run by a drug lord, or even Dredd.

Given that much of The Division 2 is set largely in inner-city streets, Summit could freshen things up quite a bit. It’ll give veteran players who’re looking for great loot a new challenge and offer relative newcomers a different way to level up their characters

Summit, which is the tentpole feature of The Division 2’s third season, will be available for free to players who’ve bought the Warlords of New York expansion. It’s not entirely clear when the mode will go live on all platforms, but it’ll likely be fairly soon. PC players will be able to test it out starting Friday.