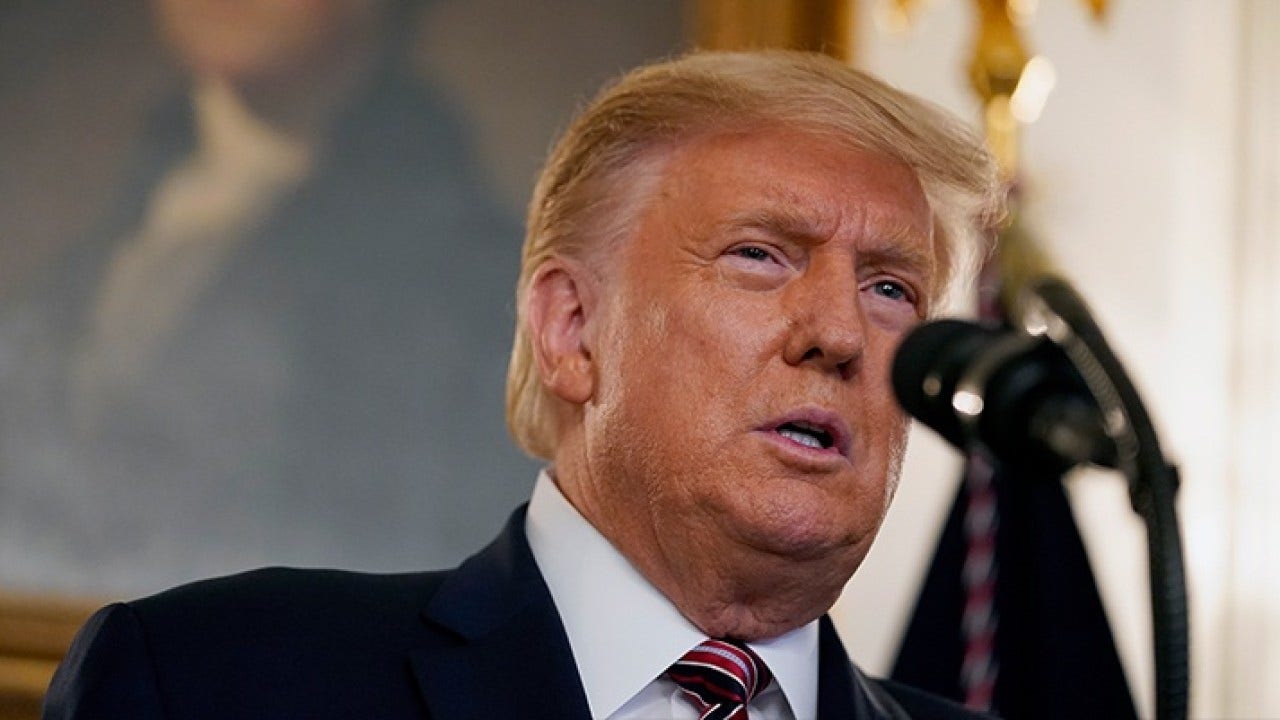 “The Five” co-host Greg Gutfeld dismissed revelations by journalist Bob Woodward that President Trump had described the coronavirus as “deadly” as far back as early February even as he downplayed its danger publicly.

“This entire story is based on ginning up people to run to their TVs and go, ‘My hair is on fire again’,” said Gutfeld of Trump’s remarks, which were reported by The Washington Post Wednesday ahead of the release of Woodward’s book “Rage” later this month.

In a March 19 conversation, Trump told Woodward that “I wanted to always play it [the pandemic] down. I still like playing it down, because I don’t want to create a panic.”

“It’s nothing. It’s so obviously nothing,” Gutfeld said Wednesday. “Trump told Woodward that information because to him, it was an obvious truth — that leaders know stuff they keep from the public they have to manage, because that’s their role as a leader so you don’t make it worse.

“There is the comfortable and well-known phrase, ‘Keep calm and carry on.’ It’s well-known for a reason. Experts I talk to, every time I talk to them, said the panic can be worse than the pandemonium.”

At the time Trump made those comments, Gutfeld said, the president was performing the same function for Americans as an oncologist who discovers a “spot” on a patient’s X-ray.

“He doesn’t run in and say, ‘My God, you have cancer. You are going to die.’ He said, ‘Hold on a second. This could be dense tissue.'”