The Masked Singer introduced a new two-headed costume and the first puppeted outfit on Sunday during a preview of its upcoming fourth season on Fox.

The fourth season will debut September 23 on Fox with 16 contestants including the first duet costume for the Snow Owls and the show’s first puppeted costume for Baby Alien. 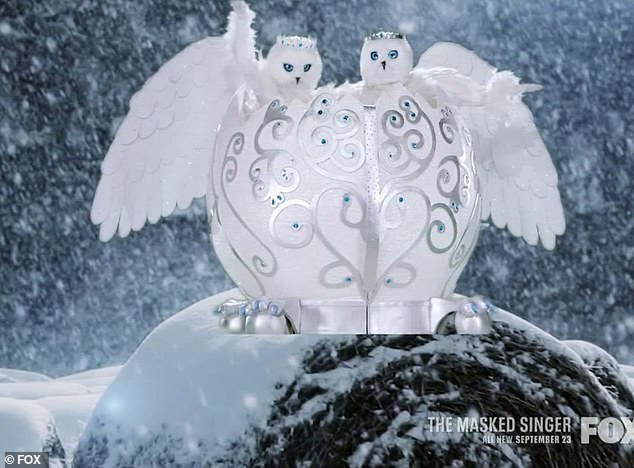 Double trouble: The Masked Singer introduced its first duet costume Sunday during a preview of upcoming season four on Fox

Nick revealed the Snow Owls costume required more than 1,200 fabricated turquoise beads and 40,000 feathers to complete and also is the first mobile costume in The Masked Singer history.

The Snow Owls offered their first clue as they were shown pictured near a barn.

‘You can try to figure out who we are, but as for who is more talented, it’s a tie,’ one of the owls said. 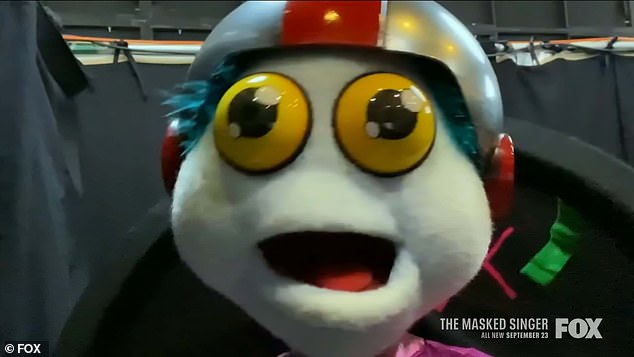 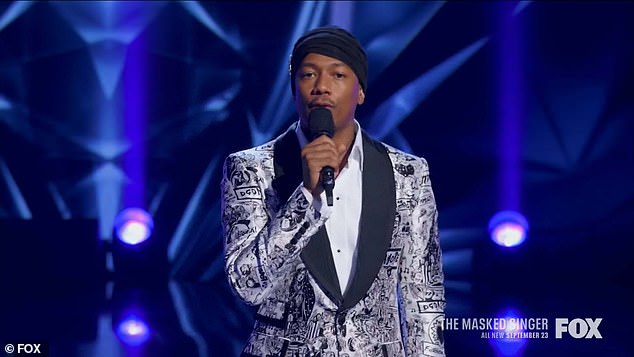 The host: Nick Cannon hosted the preview and will be back for season four 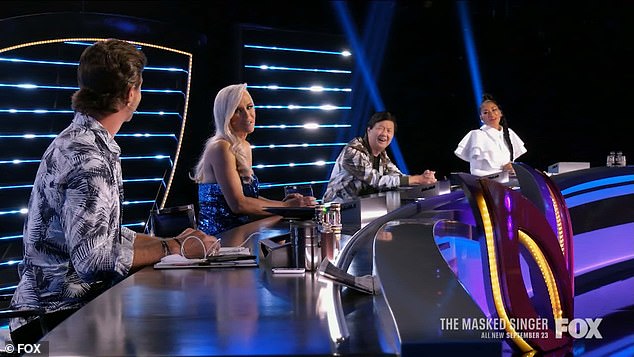 Baby Alien measured in at less than three-feet tall and was crafted from high-density foam by top puppet fabricators in the country.

‘For the first time ever, the singer’s body type is completely hidden from view, which means you’ll have to work twice as hard to figure out this baby,’ Nick said. 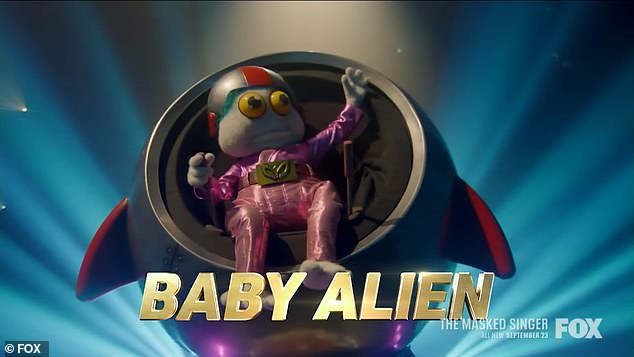 Body hidden: Baby Alien measured in at less than three-feet tall and was crafted from high-density foam by top puppet fabricators in the country 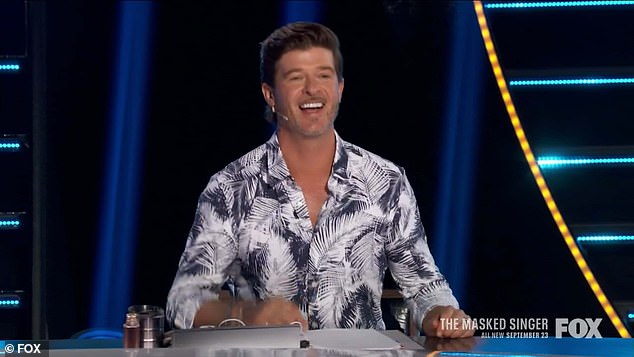 Sneak peek: Robin was present for the Super Sneak Peak episode ahead of season four 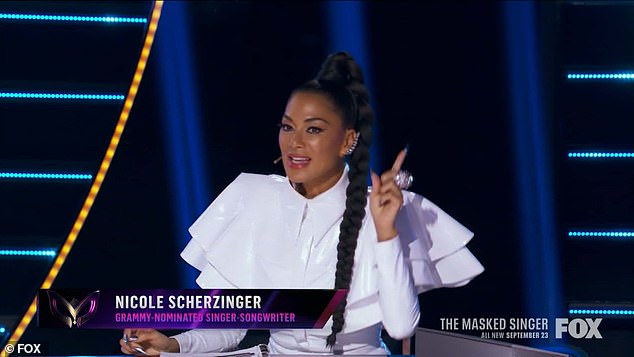 Good one: Nicole joked that The Masked Singer was the first show with masks amid the ongoing coronavirus pandemic

Baby Alien for its first clue said, ‘If you’re looking for a hint about this Baby Alien, all you have to do is look to the stars. America, trying to figure out this unidentified flying object will leave you lost in space’.

The sneak peek also included visits from past contestants including Jesse McCartney aka the Turtle, Kandi Burruss aka Night Angel, Barry Zito aka Rhino and Bow Wow aka Frog. 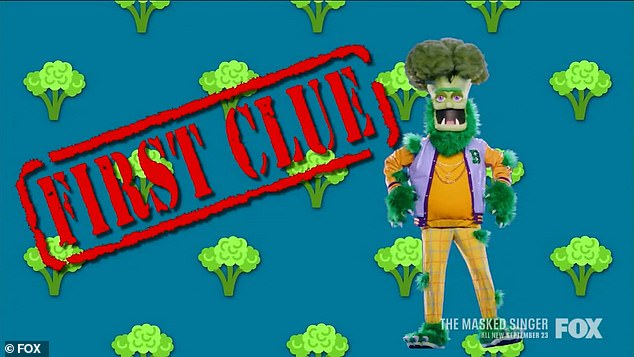 First clue: Broccoli shared a First Clue with the audience during the preview 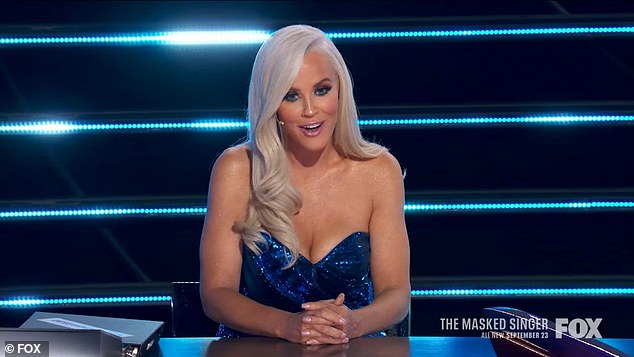 TV personality: Jenny said she was grateful and excited to be back for season four

‘Being in those costumes and performing is hard. It’s going to be super hot in that costume,’ warned Kandi, 44, who won season three of The Masked Singer.

Kandi also encouraged contestants to get their characters across with physical movements to gain the favor of the crowd and panelists.

Nick provided details on the elaborate costumes and said that Jellyfish was ‘one of the most delicate costumes’ in the show’s history. 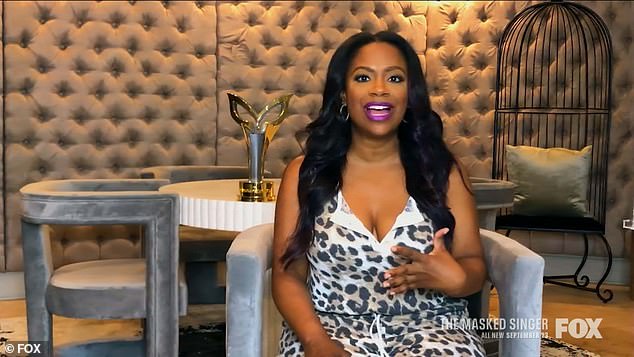 Duly warned: ‘Being in those costumes and performing is hard. It’s going to be super hot in that costume,’ warned Kandi Burruss, 44, who won season three of The Masked Singer

Jellyfish’s costume features boots with three-inch platform heels and match the bodysuit to give a ‘real jellyfish glow’.

The Serpent costume had one of the biggest mouths ever on the show and also features six robotic snake arms.

‘For the first time ever, animatronics have officially been integrated into a Masked Singer character,’ Nick said. 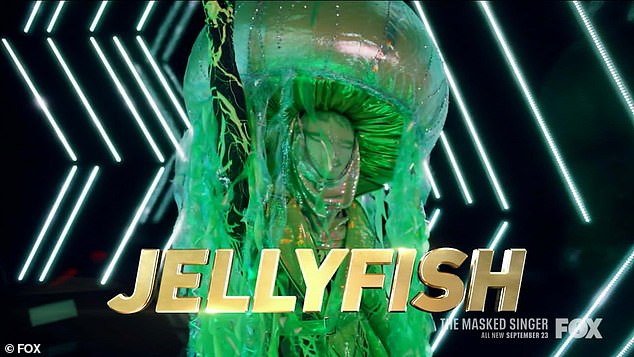 The Dragon meanwhile required more than a dozen pounds of water-based clay and foam to mold and sculpt its detailed mask.

‘If you want a hot clue to finding my identity, just look into stocks and bonds. America, you can search every dungeon to find this Dragon’s identity, but you won’t pierce my protective armor,’ Dragon said for its first clue.

Season one of The Masked Singer premiered on Fox in January 2019 and was won by T-Pain, 34, as Monster. 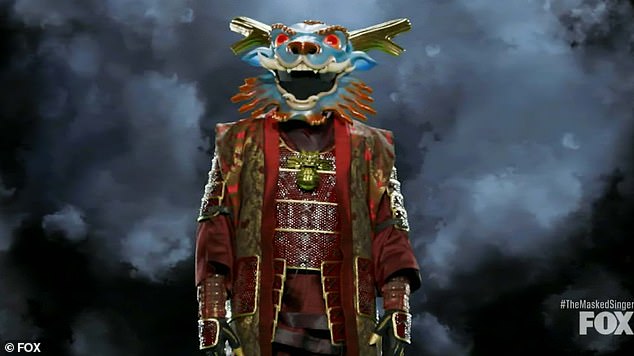 The dragon: The Dragon required more than a dozen pounds of water-based clay and foam to mold and sculpt its detailed mask

The Real Housewives Of Atlanta star Kandi won season three  in May as Night Angel.

Season four of The Masked Singer will premiere September 23 on Fox. 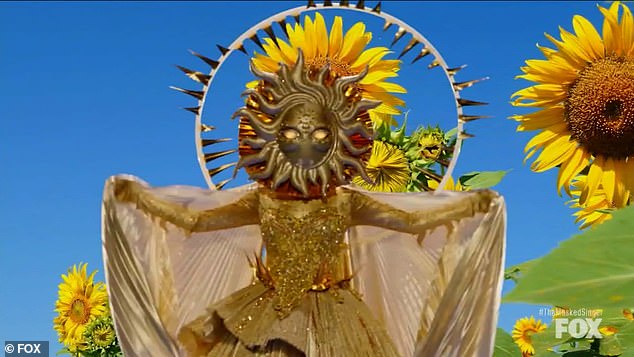 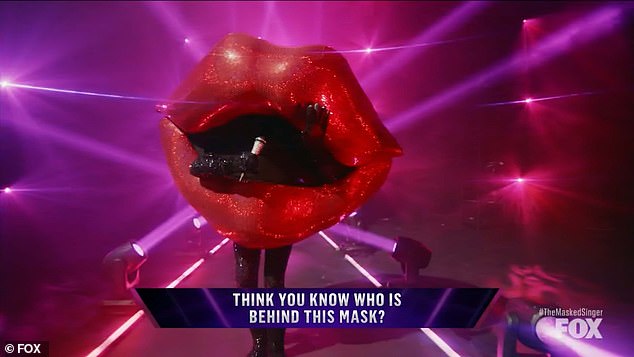 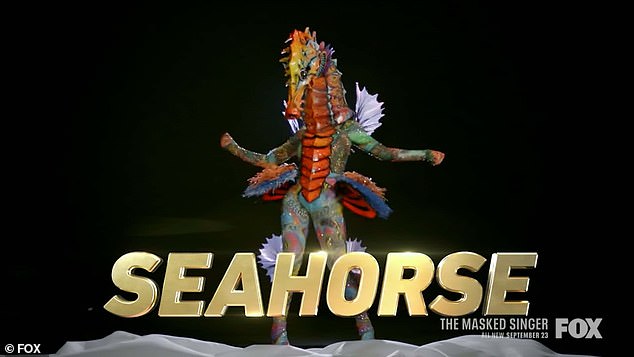 Ocean creature: Seahorse boasted one of the more colorful costumes 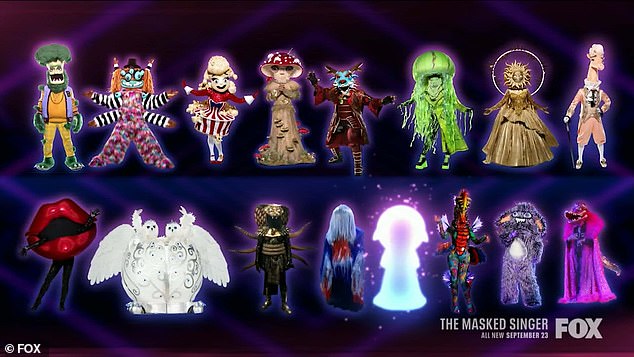 Sixteen singers: Sixteen contestants will perform during season four of The Masked Singer