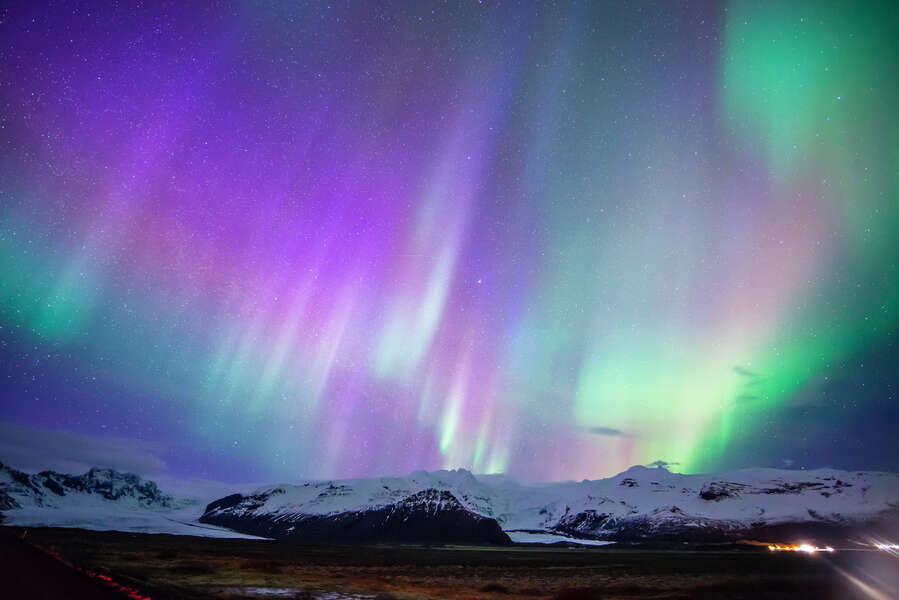 How To See the Northern Lights

The northern lights are only visible when it’s dark, so any of those earlier hours aren’t much use to aurora hunters. However, if the forecast holds, there’s a chance of seeing the display the nights of September 27 and 28, as well as a horter period the night of September 29.

For the best view, you need to get away from light pollution, which is probably harder than most people realize. It’s unlikely you’ll see the aurora in a city, let alone a major urban hub like Detroit or Chicago. The further you are from city lights, the better your chances.

An SWPC representative previously told Thrillist, “You need very clear skies, a good view of the northern horizon (no trees, buildings, or hills), and it needs to be dark.” The northern lights, seen this far south, will likely be visible along the northern horizon rather than directly overhead. You need both cooperative weather and an unobstructed view to the north.

The key to crossing the incredible display off of your bucket list is persistence and patience. Once you’re in your spot of choice, you’re going to need to be patient and keep your eyes on the sky. Just because it’s not there one moment doesn’t mean that it won’t be soon. Likewise, if you see it, that doesn’t mean it’s going to be around all night. It’s a bit like whale watching in that way.

The northern lights are visible in the northern US from time to time, but it’s easy to take it for granted. It’s been a long time since US residents have had a chance like this. Get out there and enjoy the incredible sight if you’re lucky enough to find it.