The Real Housewives of Salt Lake City is the latest in the Bravo franchise to launch on our screens, and judging by the trailer, it’ll be well worth a watch.

The teaser was released on Wednesday and introduces us to the main cast that consists of Lisa Barlow, Mary Cosby, Heather Gay, Meredith Marks, Whitney Rose and Jen Shah, who all appear to have a story to tell.

Firstly, Salt Lake City is known to be the global headquarters for Mormons, but not all the cast follow the religion, with Meredith revealing she is Jewish and Lisa explaining she is ‘Jewish by heritage and Mormon by choice.’ 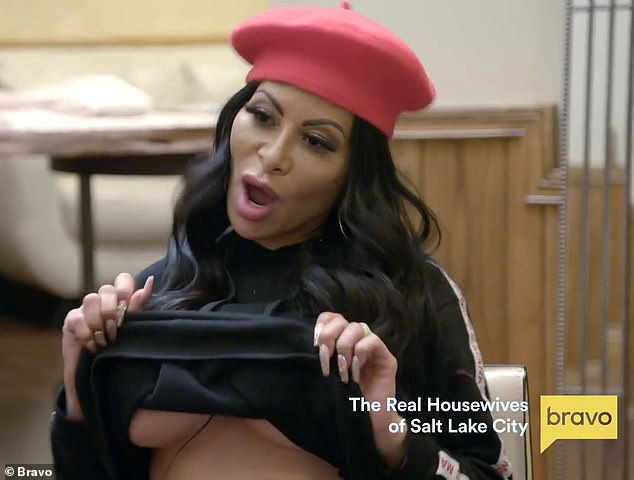 Peek-a-boob! Jen Shah, who was raised Mormon, tells viewers she is now converting to Islam, before flashing underboob in the new trailer for The Real Housewives of Salt Lake City

Meanwhile Mary is Pentecostal, the Protestant Christian movement. However, despite their religious beliefs, it seems that many of the housewives are no strangers to sin.

Heather is the first housewife to speak in the trailer, saying ‘Perfection is attainable,’ adding: ‘I am a purebred, pioneer Mormon.’

Meredith then adds ‘Hashtag blessed on that one!’ before revealing she is actually from Chicago. 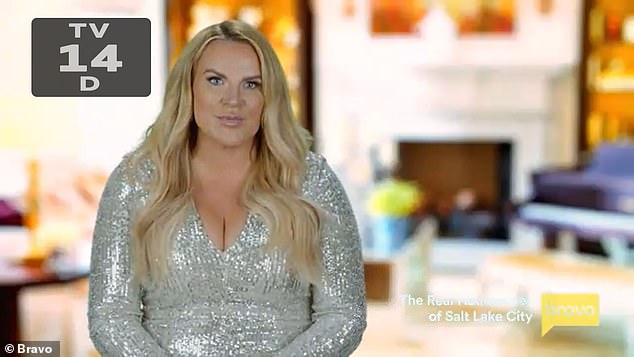 Saint of the show? Heather Gay is the first to speak in the teaser, declaring ‘I am a purebred, pioneer Mormon’ 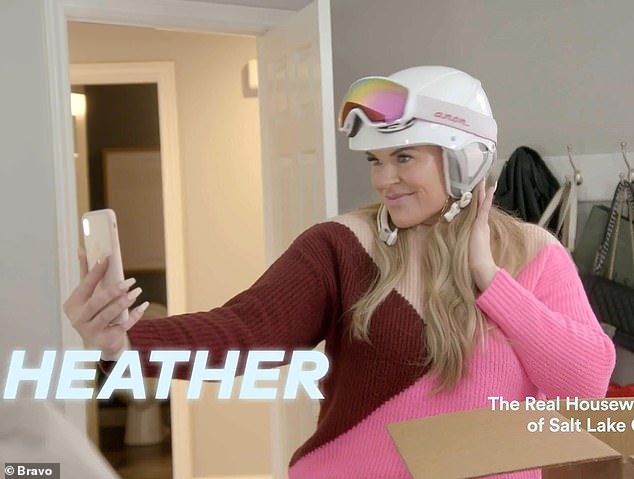 Showing them the slopes: It seems all the gals are au fait when it comes to skiing 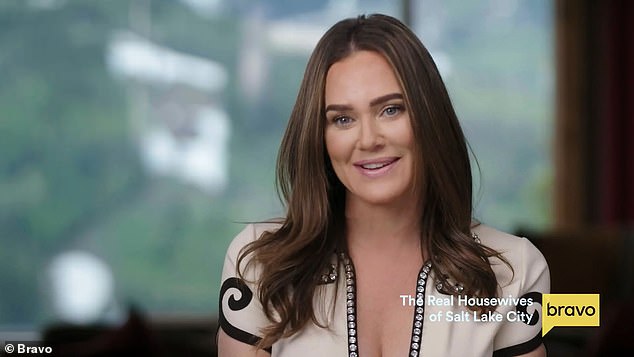 Chic: Meredith Marks says she’s ‘Hashtag blessed on that one!’ before revealing she is actually from Chicago

Whitney reveals she is ‘no longer Mormon’ suggesting there is some drama to be discussed as it’s been a ‘big deal’ in her family.

Jen, who was raised Mormon, tells viewers she is now converting to Islam, before she is seen lifting up her top to reveal some underboob.

Lisa can then be heard saying that a good Mormon doesn’t drink or have sex, as the ladies run wild, before adding: ‘I was bringing the decadence, while they were bringing the depression.’

There’s certainly going to be no shortage of fights with the girls too, in true Housewives style.

‘There’s a lot of misrepresentation of who is friends with who in this circle,” says Meredith, as Mary adds, ‘She hates my guts.’

‘I don’t judge you, but I don’t care enough to judge you,’ Lisa offers.

The Real Housewives of Salt Lake City is set to premiere on Nov. 11, on Bravo.