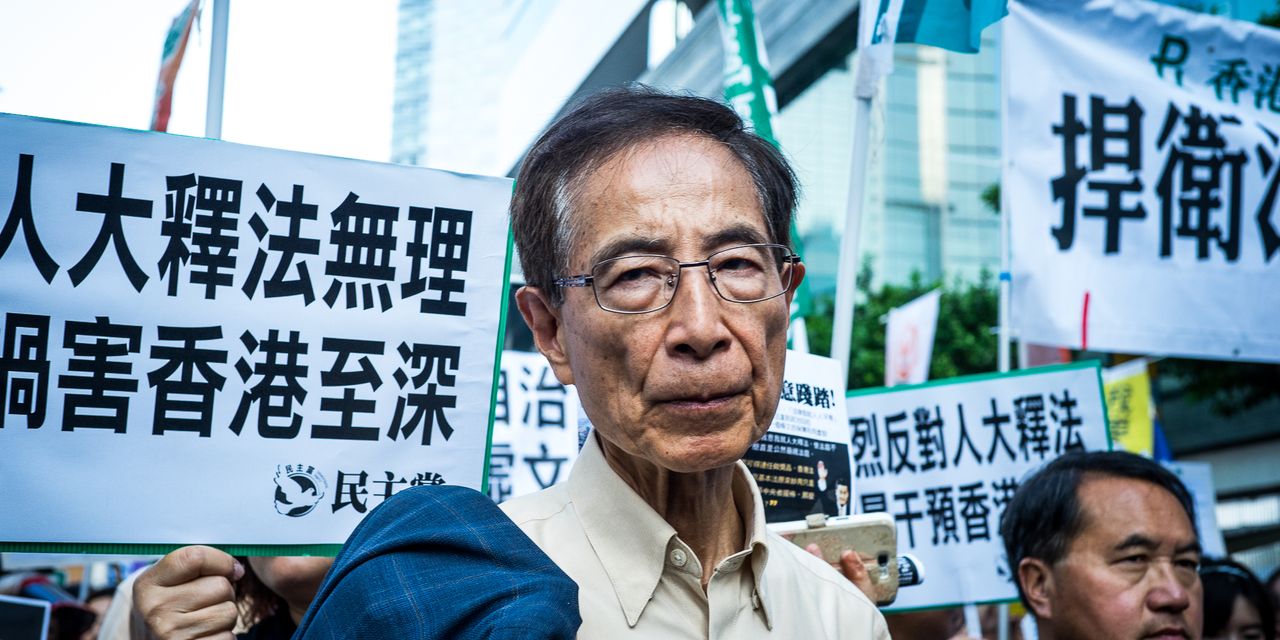 HONG KONG—On the rainy night in 1997 when the U.K. transferred Hong Kong to China, democracy leader Martin Lee stood on the balcony of the city’s legislature vowing to hold Beijing to its promises. China had agreed in the handover it would let the former colony govern itself under Western-style rule of law, including eventually electing its own leaders.

“The flame of democracy has been ignited and is burning in the hearts of our people,” he said in a speech to supporters and journalists shortly after China’s flag was newly…