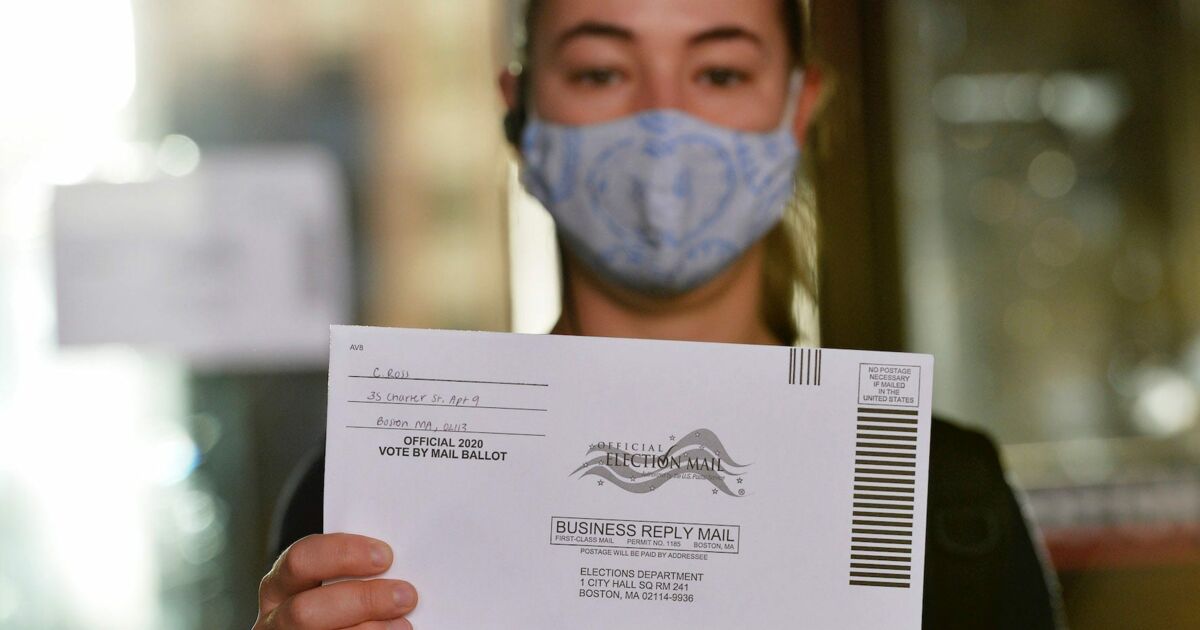 As the November election nears closer, President Donald Trump has for months railed against states’ attempts to expand mail-in-voting to alleviate fears associated with in-person voting during the coronavirus pandemic.

Trump and his allies, without evidence, have for months claimed that an expansion of mail-in voting via the postal service will lead to widespread voter fraud.

Since August, the Trump campaign has taken legal action against several states, including New Jersey, Nevada, Iowa, and Montana, over their plans to more easily allow voters to cast their ballot by mail. Last week, the president’s campaign also took action against a group of six members of the Navajo Nation in Arizona, who are suing the state to extend the deadline to receive and count mail-in ballots.

The president’s campaign filed three lawsuits in the state of Iowa over local officials’ plans to send absentee ballots to registered voters with pre-filled information, like a voter’s voter identification number. The Trump campaign argued that the local elections administrators had violated state law by pre-filling portions of the absentee ballots.

Two Iowa judges sides with the Trump campaign in the cases in Linn and Woodbury counties, according to The Hill. About 50,000 people in Linn county will need to request another absentee ballot and at least 14,000 in Woodbury will due to the rulings, according to the report. As The Hill noted, the litigation in Johnson county is ongoing.

The Iowa secretary of state on Friday announced all registered voters would receive an absentee ballot request form sent to their home via USPS, and encouraged any resident who had previously used a pre-filled request form in Linn or Woodbury counties to resubmit using the new forms that were being distributed statewide, according to The Hill.

“Unfortunately, we had a few county auditors who made reckless decisions that have confused voters and possibly disenfranchised them,” said Iowa Secretary of State Paul Pate, a Republican, in a statement. “This mailing from my office will help ensure those Iowans receive ballots and are able to vote.”

On August 4, the Trump campaign filed a lawsuit in Nevada over its plan to send ballots to every “active registered voter” in the state, CNN reported.

At the beginning of August, the Nevada state legislature passed a bill to reform the state’s election process amid the COVID-19 pandemic. The bill passed along party lines and was signed into law by Gov. Steve Sisolak, a Democrat, according to CNN.

The bill — AB 4 — also relaxed previous restrictions for who can is permitted handle ballots on behalf of another person. Republicans have claimed this change could lead to voter fraud, CNN reported.

The Trump campaign on August 18 filed a lawsuit against New Jersey Gov. Phil Murphy, a Democrat, over his executive order to administer the upcoming election mostly by mail.

Earlier in August, Murphy signed an executive order directing active registered voters in the state be sent mail-in ballots, which they had the options of returning via the postal service, placing in secure drop boxes, or delivering to poll workers on Election Day, according to Politico. New Jersey residents who want to cast their vote in-person can cast a provisional ballot at polling places, according to the report.

Lawyers for the Trump campaign filed a lawsuit in federal court, claiming the governor’s order violated both the US Constitution’s Electors and Elections Clauses and 14th Amendment. While the campaign lawyers argued only the state legislature had the power to make broad changes to elections, and that they could not be made by the governor in an executive order, the New Jersey state legislature last week voted to codify Murphy’s order, according to the report.

The president’s campaign and other GOP groups sued the state of Montana on Wednesday over Democrat Gov. Steve Bullock’s plan to grant counties the decision to run their elections entirely by mail, according to The Associated Press.

The lawsuit targets both Bullock and Corey Stapleton, the state’s Republican secretary of state, according to the report.

“This template lawsuit appears to be part of a pattern of lawsuits across the country by Republican Party operatives to limit access to voting during the pandemic,” Bullock said in a statement, the AP reported. “Voting by mail in Montana is safe, secure, and was requested by a bipartisan coalition of Montana election officials seeking to reduce the risk of COVID-19 and keep Montanans safe and healthy.”

Last Thursday, the Trump campaign filed a motion against a group of six Navajo Nation residents who are suing the state of Arizona, arguing against a state policy requiring mail-in ballots to be received before 7 p.m. on Election Day, NBC News reported. The plaintiffs argued the policy could lead to disenfranchisement among Native American voters, citing USPS delays to the reservation.

But in filing a motion against the lawsuit on Thursday, lawyers for the president’s campaign argued their “unwarranted delay in bringing their claims on the eve of a General Election threatens the orderly administration of that election.”

On August 26, the six plaintiffs filed their lawsuit Arizona Secretary of State Katie Hobbs, a Democrat, requesting the state of Arizona count ballots sent by members of the Navajo Nation postmarked on or before Election Day and received within 10 days, according to the report.

“Plaintiffs seek to create a race and geography-based exception to a long-standing, generally applicable state law that would give certain citizens more time to return their requested early ballots than every other Arizona voter in the upcoming General Election,” Brett Johnson, an attorney for the Trump campaign, wrote in the filing, according to NBC News.