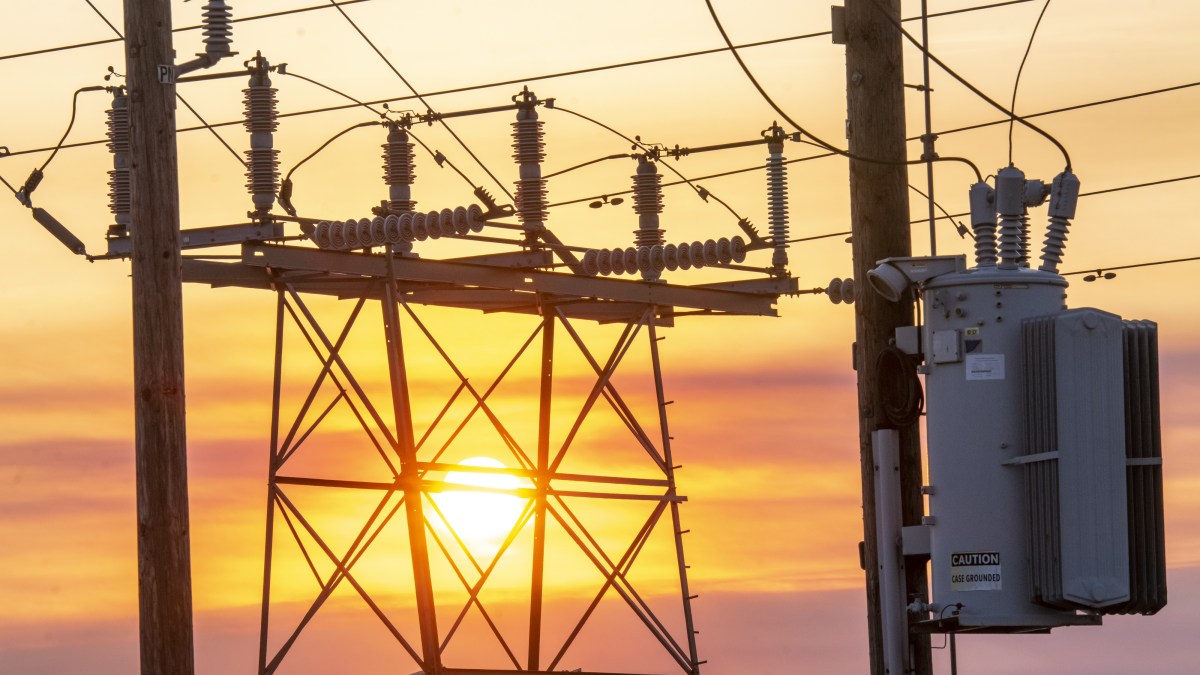 Utilities were scrambling to restore power to thousands of residents across Los Angeles County Sunday, as the region braced for the second consecutive day of near-record temperatures.

Southern California Edison and the Los Angeles Department of Water and Power were both experiencing scattered outages throughout the county, with SCE experiencing most of the problems affecting larger numbers of customers.

SCE’s power outage map was dotted with outages numbering close to 100 as of 11 a.m. Sunday, while DWP was also experiencing 100 outages.

DWP officials said approximately 7,000 customers were without power as of 10 a.m., with some not expected to get their power back on until Monday.

The utility had restored power to more than 37,000 customers since Saturday evening.

“Many of the remaining power outages are small and localized, which take more time for repairs to progress,” a DWP statement said. “The most affected areas at this time are West Adams with 2,192 customers affected, Reseda with 817, Sun Valley with 723, and Pacoima with 623.”

Earlier, the utility tweeted: “Our dispatchers prioritize work based on the customers without power the longest, assigned a crew next. They are working through 100 incidents and restoring power as quickly and safely as possible.”

Customers in Sun Valley were warned that the DWP expects more outages in the area Sunday because equipment located at a distributing station there “became extremely overloaded and overheated yesterday, which is affecting our ability to make repairs to the outage affecting your area and provide uninterrupted service.

“The DWP urged people to set air conditioners to 78-82 degrees and “skip laundry and heavy appliance use today.”

At noon, SCE officials said they might have to cut power to circuits in high fire-risk areas in some cities and unincorporated areas in Los Angeles and Ventura counties, including Malibu.

Meanwhile, Gov. Gavin Newsom’s office highlighted a number of steps to free up energy capacity on a day when state officials said California could set a record for energy demand, while warning that rolling blackouts were a possibility Sunday afternoon.

“California has always been the canary in the coal mine for climate change, and this weekend’s events only underscore that reality,” Newsom said.

“Wildfires have caused system failures, while near record energy demand is predicted as a multi-state heat wave hits the West Coast for the second time in a matter of weeks.

“Californians are rising to the occasion to meet these unprecedented challenges for our energy grid, and I want to thank all of the businesses and individuals who are conserving energy. Californians should heed CAISO’s warnings and flex their power to shift energy consumption to earlier in the day today, and protect against predicted shortages Sunday and Monday.”

Newsom said the state has already taken the following actions to free up capacity:
— Working with large commercial and public energy consumers to shift their energy usage away from peak hours;
— Ramping up appeals to Californians to flex their power, pre-cool their homes before noon and conserve energy from 3 p.m. onward;
— Partnering with third party energy producers to bring back-up energy generation resources online, from the State Water Project to LADWP and the state’s investor-owned utilities;
— Asking the Navy and commercial ports to use on-ship electrical generation instead of pulling resources away from the grid.

As of 5 a.m. Sunday, the state’s power usage hit its lowest point, with plenty of capacity available, but demand has been forecast at about 50,000 megawatts, while the ISO said it thinks generators will be able make around 43,000 megawatts available — despite environmental rules being relaxed to accommodate consumers.

The agency said that could mean lights out for some people between 4 and 9 p.m. Sunday.

“No rotating outages tonight,” he said.

The DWP reported about 14,000 customers were without power in its service area at 6 p.m. Saturday, with the most affected neighborhoods including Baldwin Hills/Crenshaw, Sun Valley, El Sereno, Reseda and Mid-City, according to the DWP’s Dawn Cotterell. “If you are one of them, be assured our crews are responding and working to restore your power.”

Just after 10 p.m. the DWP announced it had restored power to 5,000 customers and was adding new crews at midnight to continue working on getting everyone else back up and running. A spokesperson estimated that could take anywhere from four to 12 hours.

Glendale Water & Power hasn’t had to institute a rolling blackout strategy yet, but overloaded transformers shut off the lights Saturday for customers on the 500 block of Hill Drive. By 10 p.m., crews had restored power there.

A Stage 2 Emergency means “the CA ISO has taken all mitigating actions and is no longer able to provide its expected energy requirements. A Stage 2 warning requires ISO intervention in the market, such as ordering power plants online,” according to the agency’s website.

“SCE has crews at the ready as we know the high temperatures this weekend can strain the system particularly during peak times in the afternoon and evening hours,” Gales said. “Our focus right now is on safely delivering reliable power to our customers through this weekend’s extreme weather event and, if directed, implement CA ISO directed rotating outages to avoid broader system disturbances.”

The Southland was experiencing a historic heat wave this weekend, with forecasters predicting temperatures near all-time records in some areas. Woodland Hills broke its all-time record with a temperature of 118 on Saturday, according to the National Weather Service.

Temperatures also rose sharply over the weekend in Orange County, where it was expected to reach as high as 112 degrees in Fullerton on Sunday.

Cooling centers will be open throughout the weekend in Los Angeles and Orange counties. They can be found at https://ready.lacounty.gov/heat/, and www.211oc.org/resource-centers/extreme-heat-cooling-centers.html.