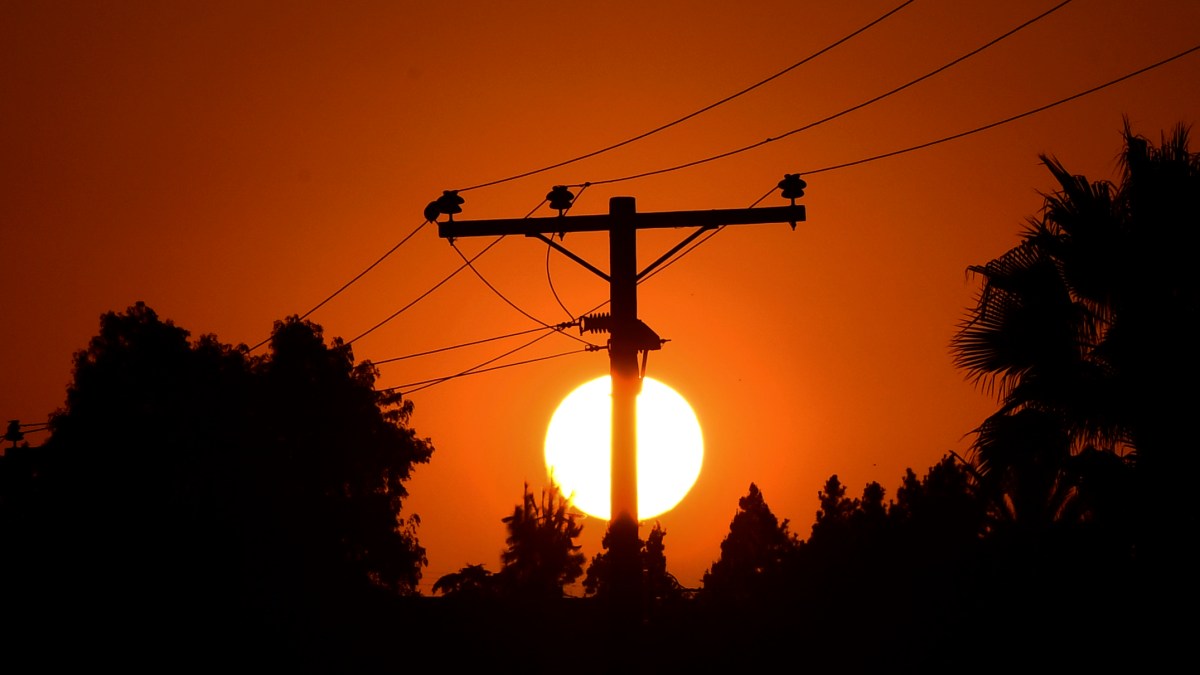 Thousands of people across Los Angeles County were without electricity Saturday amid a record-breaking heat wave, as both Southern California Edison and the Los Angeles Department of Water and Power reported scattered outages, with some customers not expected to see their power restored until after sundown.

SCE was experiencing most of the larger problems as of 4:30 p.m., with outages affecting 1,701 customers in Alhambra, 1,429 customers in an unincorporated area near Calabasas, 128 customers in Maywood, 88 in Norwalk and 50 in Santa Monica.

The Southland was experiencing a historic heat wave this weekend, with forecasters predicting temperatures near all-time records in some areas. Woodland Hills broke its all-time record with a temperature of 118 on Saturday, according to the National Weather Service.

The California Independent System Operator, which manages the power grid, announced that a Flex Alert — a call for voluntary conservation — will be in effect from 3 to 9 p.m. Saturday through Monday. Urging voluntary conservation is an effort to stave off too much strain on the state’s electrical system, possibly leading to rolling power outages, like those that occurred during high heat last month.

Cooling centers will be open throughout the weekend in Los Angeles and Orange counties. They can be found at https://ready.lacounty.gov/heat/, and www.211oc.org/resource-centers/extreme-heat-cooling-centers.html.

Authorities noted that due to the coronavirus pandemic, cooling centers will be limited in capacity and restrictions will be in place, such as requiring face coverings.