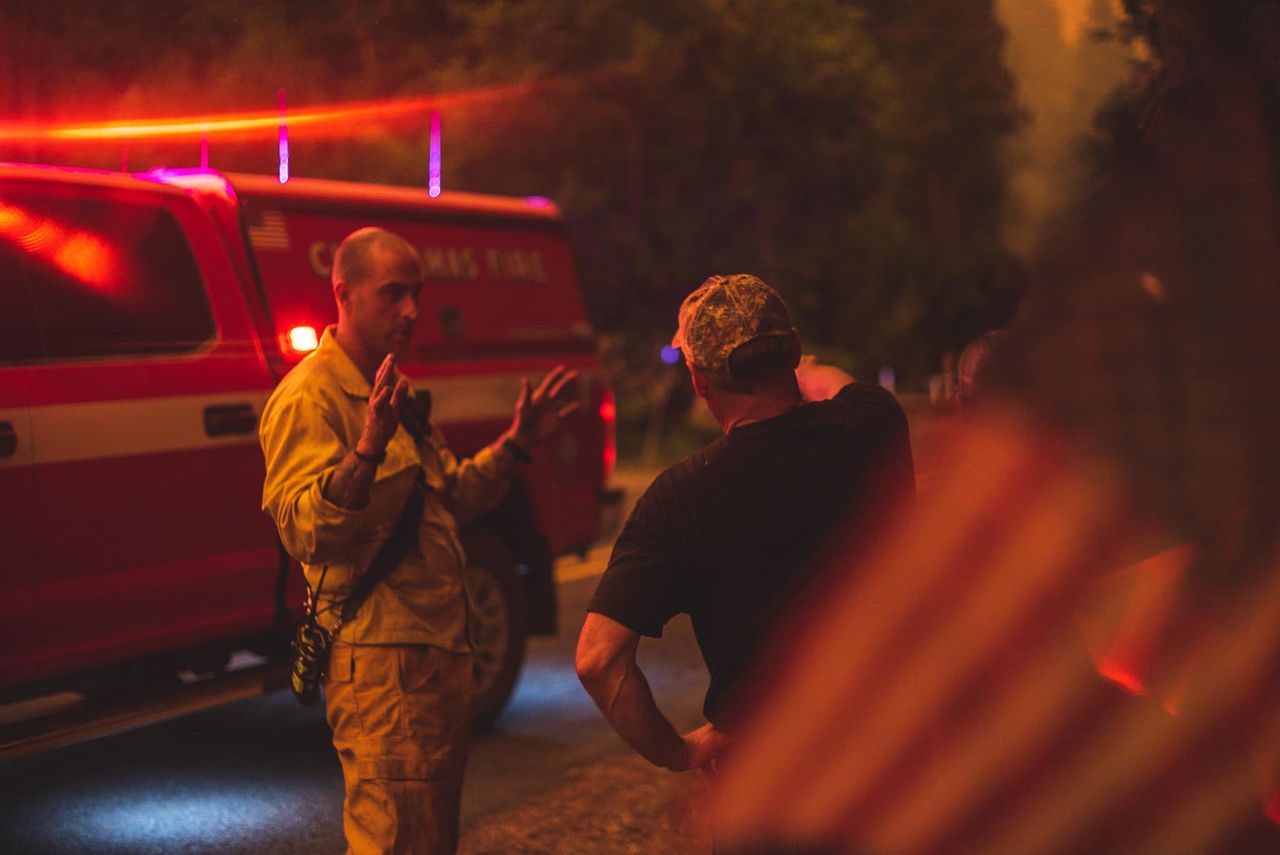 Milder weather has enabled firefighters to make significant progress on the Riverside fire ravaging Clackamas County, reducing the threat to Estacada on Sunday as many of the county’s urban areas were removed from evacuation notices.

Firefighters used bulldozers to create lines around spot fires burning near Estacada and Molalla on Saturday, easing pressure on those communities. The Riverside fire had moved within a half mile of Estacada late last week, but after two days of concentrated efforts the threat to that small city may have passed.

“They feel very confident about the fire continuing to hold with the current weather conditions that we have,” said Holly Krake, spokeswoman for the agencies fighting the fire. Fog, smoke and marine breezes were cooling the air and giving firefighters more opportunity to beat the fire back.

All of Clackamas County had been on evacuation notice since the middle of last week. But on Sunday, Wilsonville, Lake Oswego, West Linn, Clackamas, Happy Valley, Gladstone, Milwaukie and Tualatin all had their Level 1 warnings removed.

On Saturday night authorities reduced Sandy, Oregon City and Canby from Level 2 evacuation notice to Level 1, meaning that residents in those communities should “be ready” for potential evacuation.

Communities closer to the fire, including Estacada, Molalla and Colton, are still under Level 3 evacuation notices, which indicates residents should completely evacuate. Krake said Sunday that firefighters are stressing to residents that the situation remains unstable.

Firefighters used bulldozers to create firebreaks spot fires near Estacada and Molalla on Saturday and planned to continue concentrating on those hotspots Sunday. The Riverside fire has burned more than 130,000 acres altogether and grew another 1,200 acres overnight, Krake said Sunday morning.

The Clackamas County Sheriff’s office said Saturday afternoon that there are no reports of serious injuries or deaths associated with the Riverside fire, and there are no outstanding missing persons reports connected to the blaze. It’s unclear how many homes, barns and businesses have been destroyed.

“This continues to be an active fire with miles and miles of uncontained, uncontrolled fire edge,” she said.

Firefighters said they planned to begin attacking the eastern edge of the fire on Sunday after previously concentrating efforts to limit the blaze near population centers to the west. Portland General Electric said Saturday it had begun turning on power around Mount Hood after shutting off electricity earlier in the week to reduce the risk of powerlines sparking fires.

North Clackamas Schools said all facilities and classes are canceled Monday because of the wildfire.

The fog and smoke have cooled the fire, Krake said, but made it harder to fight.

“One of the biggest limiting factors right now is really that hazardous smoke that these communities are struggling with,” she said. “When visibility is 50 feet or less it becomes hazardous for our crews to even get out and do the work.”

Firefighters hope to use drones to evaluate the fire’s progress and target new areas to fight on Sunday, so authorities are asking people to keep their drones on the ground so they don’t obstruct that work.

The Riverside fire has been burning since Tuesday, blowing up when uncharacteristic east winds blew hot, dry air across the state. Authorities classify the fire as “human-caused” since there was no lightening in the area when the blaze began. But the investigation into the specific cause is just beginning.

More than 1 million acres burned last week from Oregon’s northern edge south to the California border. At least 10 people have died, at least a dozen are unaccounted for statewide and hundreds have lost their homes.

In Clackamas County, there continues to be enormous concern among evacuees about potential looting, but law enforcement has found very little evidence of such incidents despite stepping up patrols near the fire.

The Clackamas County Sheriff’s Office said Friday that calls about suspected incidents in the Level 2 and Level 3 evacuation zones were up 405% late in the week. The office fielded 330 calls Sept. 8 to 10, mostly related to concerns about suspicious people and potential burglaries.

“The vast majority were determined to be non-criminal in nature,” however.

The sheriff’s office reported 10 arrests during that period on 16 offenses – including driving while intoxicated, theft, domestic violence, drug possession and criminal trespass.