She’s not like a regular mom, she’s a cool mom!

Mean Girls star Tina Fey was pictured out with her daughter Alice and friends in New York City on Tuesday evening, cutting a very stylish figure as they headed out for dinner at Nobu 57.

Tina, 50, rocked a leopard print coat with her hair tied up, and appeared to be pulling some very funny faces while the family enjoyed their meal – with the SNL star jokingly giving the table a two thumbs down gesture. 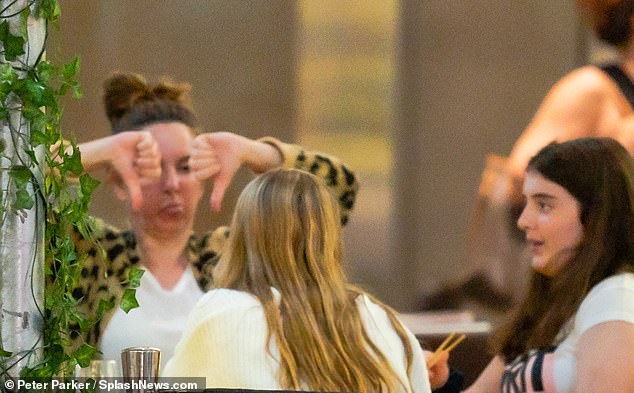 Not so fetch! Tina Fey jokingly pulls a face and makes a gesture with two thumbs down as she enjoys dinner out with her daughter Alice and a friend at Nobu 57 in New York on Tuesday

The actress and writer shares two daughters Alice, 15, and Penelope, nine, with her husband Jeff Richmond, whom she has been married to since 2011.

Despite being released in 2004, Tina’s hit movie Mean Girls continues to be a dominant force in popular culture, having already spawned a successful musical version.

This week, Tina quizzed super fan Mariah Carey on the classic comedy, who promised to write a Christmas song for a planned sequel, in Billboard’s “Quizzed” video series. 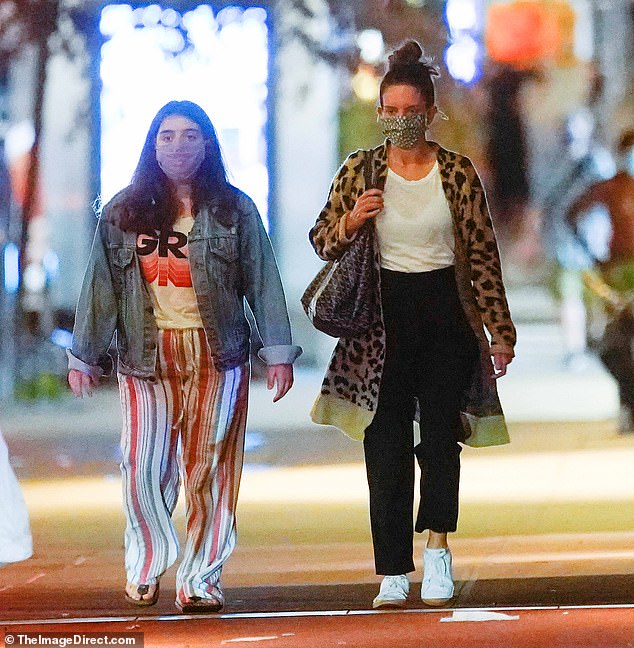 She’s not like a regular mom, she’s a cool mom: Tina, 50, cut a stylish figure in a leopard print coat as she and her daughter Alice made their way to dinner

Earlier this year it was revealed that Fey is working on another Mean Girls movie, this time an adaptation of her hit Broadway musical.

‘I’m very excited to bring Mean Girls back to the big screen,’ Fey said in a statement at the time.

‘It’s been incredibly gratifying to see how much the movie and the musical have meant to audiences.’ 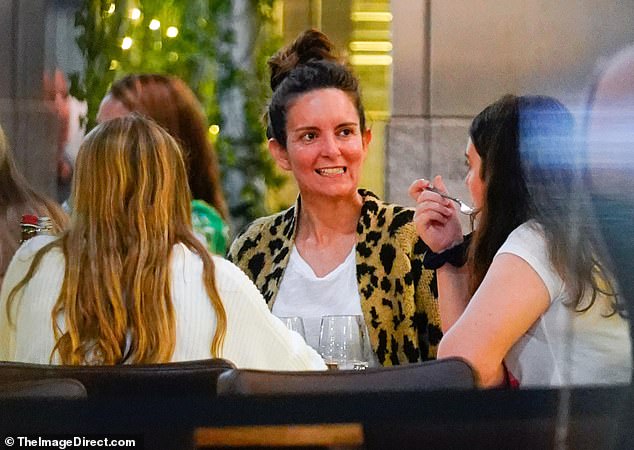 What is the 411? Tina looked youthful and fresh-faced with little make-up on as she enjoyed an (almost) hump day treat with her gals on Tuesday

Meamwhile, Mariah had joked that she was ‘disappointed’ that Cady and the girls danced to Jingle Bell Rock, instead of her All I Want For Christmas Is You in the original film.

When Fey asked if Mariah would be up for licensing her holiday smash, she replied: ‘I’ll write a brand-new Christmas song for them to use in the movie.’

‘Maybe I can be friends with Amy Poehler as like her other friend who wears sweatsuits,’ Mariah added trying to score herself a part.

Mariah impressively gave a perfect score in the quiz, and even ended up asking Tina some questions herself. 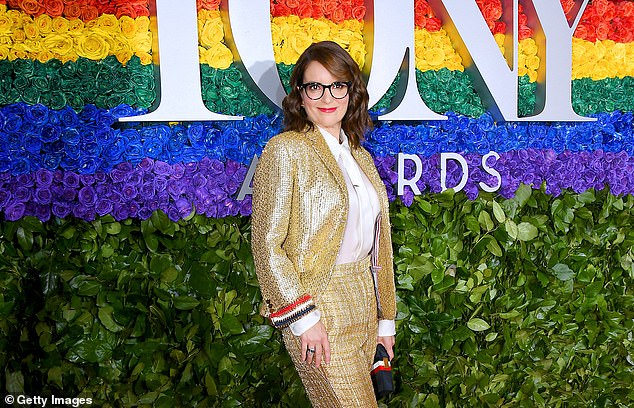 Tina returns: Fey, who wrote both the movie adaptation and the book for the Broadway stage musical, will write the movie musical with composer and lyricist Jeff Richmond 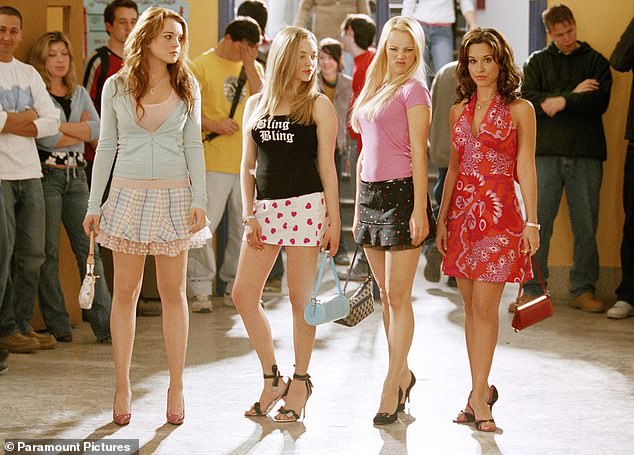 Mean Girls return: ‘I’m very excited to bring ‘Mean Girls’ back to the big screen,’ Fey said in a statement, via Variety