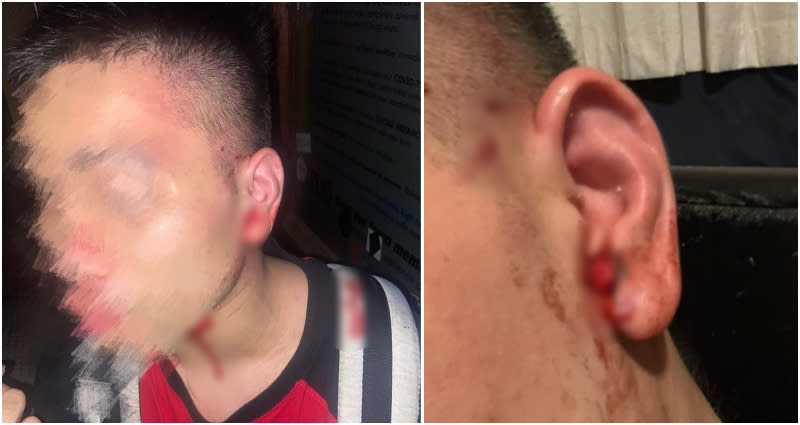 A Chinese doctoral student at the University of Wisconsin-Madison was reportedly assaulted by five young men near the campus, triggering a student protest against anti-Asian hate and violence.

The student, 26, shared his account of the incident on Weibo, which was then also translated and posted on the r/UWMadison subreddit.

The student said he was walking home along University Avenue on Tuesday night when a group of men surrounded him, struck him in the face, shoved him to the ground and repeatedly punched and kicked him.

His attackers fled after he screamed for help twice, the victim said. The assault left him with a bleeding ear and multiple “spots” on his head.

More from NextShark: Chinese Boy Jumps 1,000 Times a Day for a Year to Be Taller, Still Shortest in Class

The victim said he kept calling for help. A group of witnesses who were partying across the street helped him in the aftermath, followed by what appeared to be a medical student who checked his injuries and made sure he was conscious.

The entire attack lasted no more than 40 seconds, the victim said. He described his assailants as both white and Black men who were all “very well dressed” and “very fit.”

Despite his unfortunate experience, the victim said he feels no hate for his attackers.

More from NextShark: Repeat offender charged with hate crimes for punching NY elderly Asian woman over 125 times in the face

“They are just those who have lost their basic rationalities and common sense under certain ideologies/hatred/cultures. The limited resources in society/education almost decided that it’s impossible to raise everybody into a decent person with common sense,” the victim said. “Tonight it’s my turn, and I’m glad it’s my turn and not the turn of anyone else’s, at least I could still take a few punches.”

Meanwhile, the same assailants are also accused of attacking a South Asian victim earlier that night. The incident allegedly occurred just a few blocks away from where the Chinese student was assaulted.

The incidents are now under investigation by the Madison Police Department. On Thursday, UW-Madison released a statement saying they are aware of the attacks and that campus police are cooperating with the investigation.

“The university has been made aware of recent acts of violence and aggression against students that took place near the UW–Madison campus,” the statement reads. “UW-Madison is committed to making our campus and nearby downtown areas safe for all.

“Initial reports came from members of our Asian, Pacific Islander and Desi American communities, and we are aware that in recent years these communities have faced increased threats to their safety, well-being, and sense of belonging. We recognize the safety concerns and trauma these actions may cause, and will continue to work to create safe, equitable and inclusive working, living, and learning environments.”

Students have organized Stop Asian Hate protests in response to the attacks. A march will take place from the Capitol to Library Mall from 4 p.m. to 6 p.m.

A letter to the university administration — signed by current students and alumni — and a public petition were also created to call for change.

“Hatred solves no problems but creates more. United we stand, divided we fall,” the petition states. “If the attackers turn out to be UW-Madison students, we urge the university to handle the misconduct according to university conduct policies and procedures.”