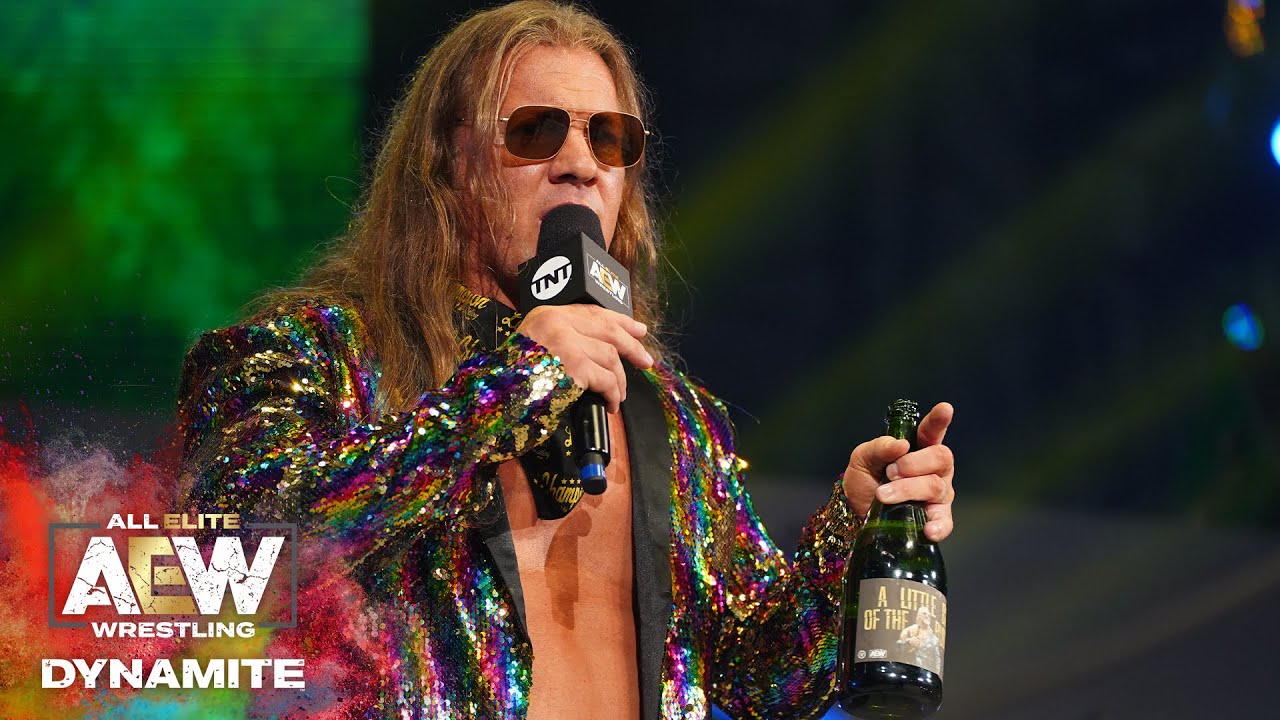 Aubrey Edwards and Tony Schiavone welcomed AEW President Tony Khan back onto the AEW Unrestricted podcast last week to talk about AEW’s All Out PPV. The three got to Chris Jericho and Orange Cassidy’s “Mimosa Mayhem” Match. Khan revealed that he and Jericho collaborated on the match type as they were discussing how the rubber match between Jericho and Cassidy would play out.

“We had been talking and I had kicked around this name about doing a mimosa thing, and Chris loved it. But what it was, we had never said,” Khan revealed. “It was just an idea that we kicked around, the idea of doing a mimosa thing because you’ve got orange and of course ‘A Little Bit of the Bubbly’, which was a great promotional opportunity. As for what we could do with it, I don’t know, and then Chris called me one day and I missed it.

Khan talked about how far Cassidy has come since AEW built him up for his Revolution match against PAC. Khan recalled the crowd reaction from that show being exactly what they were aiming for.

“This is Orange Cassidy’s biggest match to date. To be in such a top position on a PPV like All Out in 2020? We’ve seen how Orange Cassidy has come in such a long way, and Tony, you and I were there in Kansas City when we first put together a plan,” Khan recalled. “And I was sitting in catering with you, and Orange Cassidy, and The Best Friends, and really, I told you then that based on what we went out there to do, these people are going to chant, ‘He’s going to try. He’s gonna try.’ And that’s great storytelling that we put together that on three days notice, one of the most anticipated matches on one of the best PPV cards we’ve done. It was a huge match with PAC and Orange Cassidy.”

Khan also credited Jericho for helping Cassidy become a star, as he has done throughout his career. But he also praised Cassidy again for coming so far since Revolution. He notes that while Cassidy and Darby Allin were big names on the indies, they’ve become mainstream names on Dynamite.

“The match he had with PAC was a star-making performance, but then, of course he’s come so far since then through the pandemic and wrestling these matches,” Khan noted. “And of course, with Chris, we’ve seen a whole other level of Orange Cassidy. But give Chris a lot of credit too because a lot of people in wrestling have made their star, made their name in matches with Chris. And Orange Cassidy’s made the most of the opportunity for sure now with a win over Chris, but Chris is one of the all-time greats. And I think to be in this position to even have a rubber match on PPV with Chris shows how far Orange Cassidy has come just to even be in this match.

“And it’s a lot of fun because for us as a company to have somebody who was well-known on the independents but, I think, on the national level has become like a homegrown star. Orange Cassidy and Darby Allin have made their name on the independents, but probably the majority of people watching on television, they’ve learned about them through AEW. It’s pretty cool and shows Orange Cassidy has come a long way to be in this position to have a rubber match with Chris Jericho.”

Khan revealed that Cassidy’s first role as manager came from AEW EVP Matt Jackson. He admitted that he didn’t know Cassidy that well at first, but he talked about working with him to get to his big match All Out.

“The idea of Orange Cassidy coming in as a manager – the first person who suggested it to me was Matt Jackson, and I didn’t know Orange Cassidy that well yet,” Khan admitted. “And then the more I got to know him and work with him, I think everyone who works here knows we work really closely together. I do a lot of this work on his matches in terms of the production and making sure that we do a good job building up the stories.

“It was one of those things that was a great vision on Matt Jackson’s part to bring that up, because I didn’t really know Orange Cassidy. And then, later, getting to know him and talk to him about what he was going to do and even encouraging, frankly, to hold back at first because there’s a chance to really break out next as a big star. I think he’s been a breakout star, and this would be the biggest match he’s ever been in, but it’s also a big match for Chris. Chris has put a lot time into this story.”

If you use any quotes from this article, please credit AEW Unrestricted with a h/t to Wrestling Inc. for the transcription.